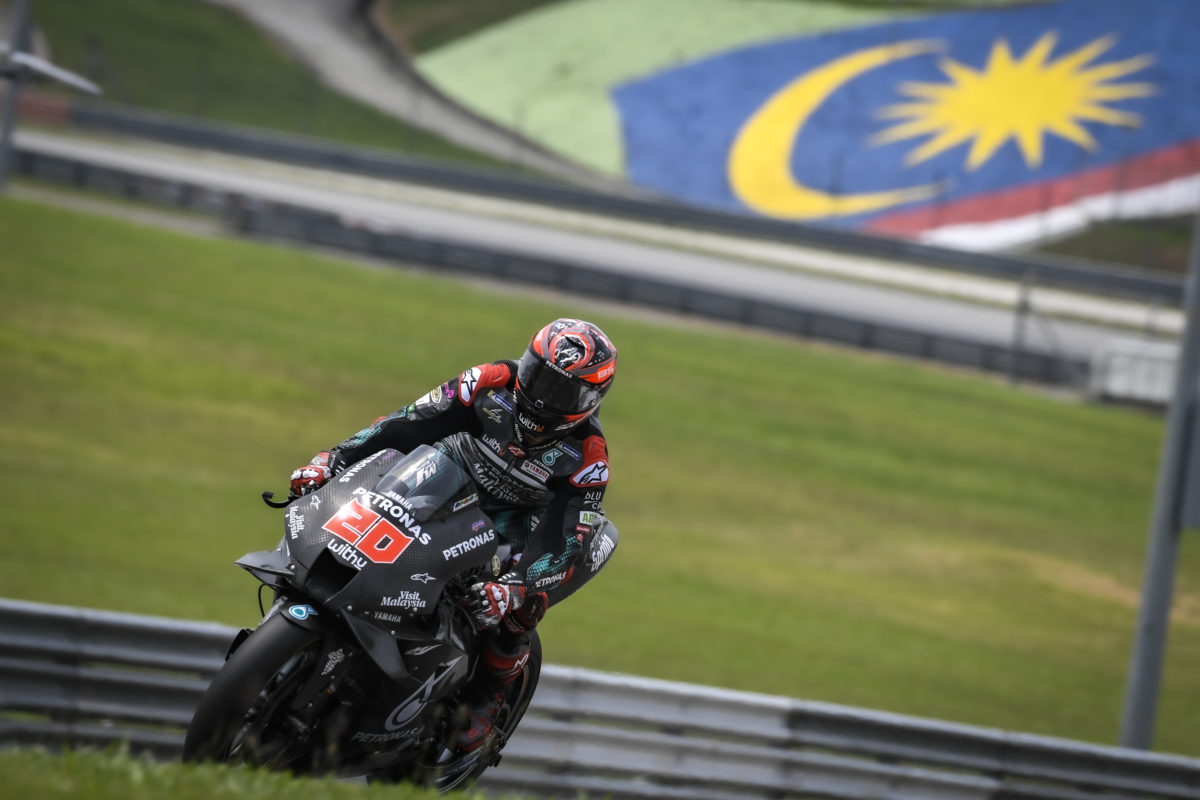 Fabio Quartararo tests at Sepang in 2020

MotoGP has cancelled the tests which it had planned to hold at Sepang next month after Malaysia declared state of emergency due to COVID-19.

Bikes were to have been fired up again for a Shakedown Test on February 14-16 and a hit-out for all riders on February 19-21, but both are now off.

Dorna Sports, IRTA, and the FIM have affirmed that the other full pre-season test, scheduled for Qatar’s Losail from March 12-14, remains on, as it stands.

There is no word, however, on any replacement for Sepang.

“The FIM, IRTA and Dorna Sports regret to announce the cancellation of both the Shakedown Test and the Official Sepang Test,” read a statement issued by Dorna.

“The ongoing COVID-19 pandemic and the resulting lockdowns and complications have obliged the cancellation of both events, which were set to take place at Sepang International Circuit in Malaysia in February.

“The Qatar Test, currently set to take place at Losail International Circuit from the 10th to the 12th of March, continues to be confirmed and any further updates or changes will be provided as soon as available.”

Indications had been that the Sepang tests would go ahead despite new coronavirus outbreaks in Europe, until the problem arose at the other end.

The 2020 Malaysian Grand Prix was cancelled and while the Qatar Grand Prix did go ahead in early-March, only the junior classes raced at Losail, having already been there for pre-season testing.