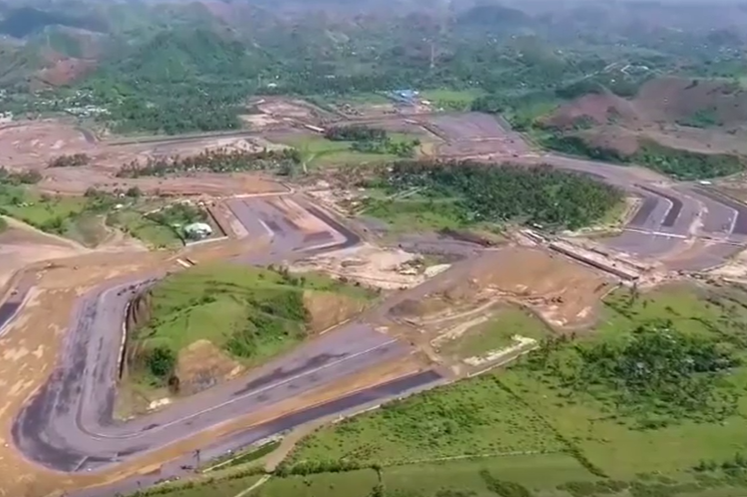 Construction of the street circuit which would host an Indonesian MotoGP round is nearing 50 percent completion, according to the promoter.

The Mandalika International Street Circuit is being built in a tourism estate on the island of Lombok, near Bali, as part of a broader project being delivered by the Indonesian Tourism Development Corporation (ITDC).

It was to have played host to MotoGP this year, but has been listed as a reserve on the calendar which was released in provisional form last November.

As a homologation deadline of July 2021, and therefore construction deadline of June 2021, looms, the Mandalika Grand Prix Association has taken to social media to proclaim that the project is now 42.98% complete.

Work taking place at present includes service roads, tunnels, and drainage, for a venue which will be something akin to a permanent circuit that happens to also be used as part of the island’s street network at other times.

The ITDC has previously predicted that Mandalika’s 4.32km, 17-turn layout would be one of the fastest tracks on the calendar, and claims it is being built in such a way that it could make the FIA Grade 1 standard required to host Formula 1.