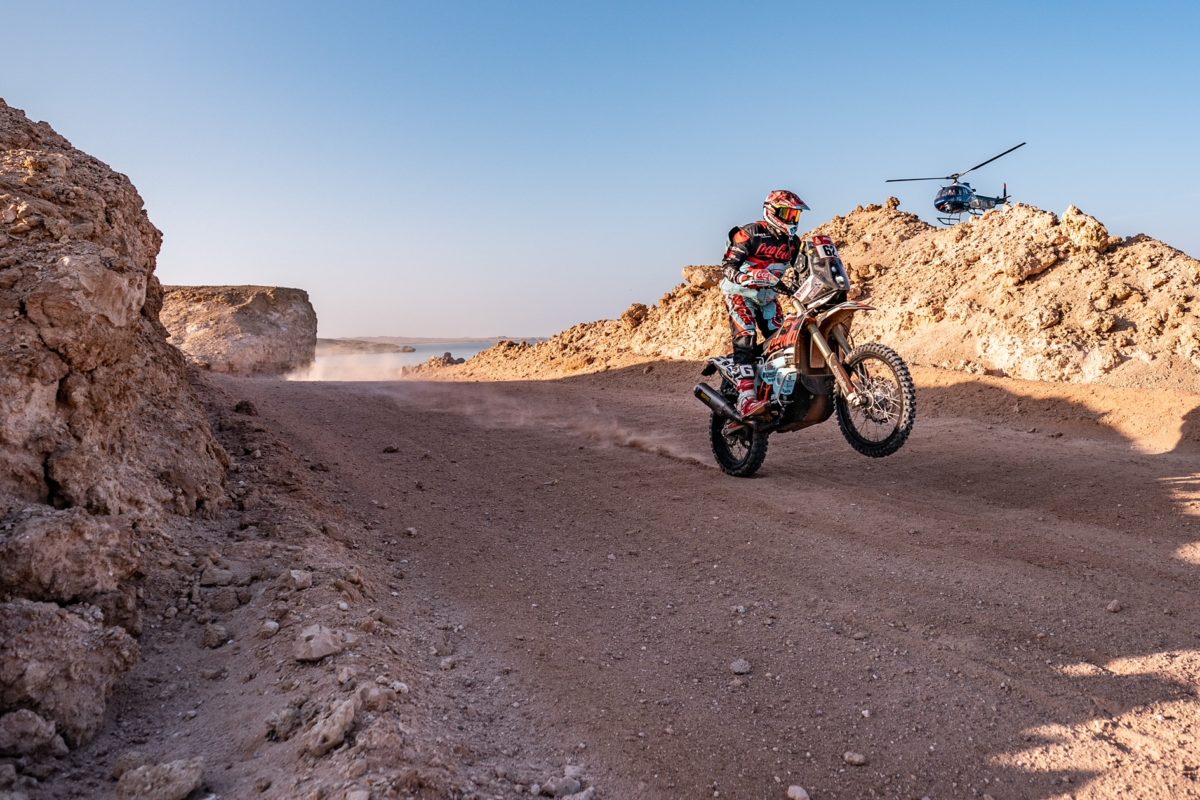 Today’s stage was filled with drama and disappointment for many riders, and despite riding with a broken scaphoid, Houlihan has managed to move up five more positions to finish the day in 53rd place overall.

Today was a tough day for many of us.

Of course, we lost Toby from the rally after he crashed. We haven’t heard much more other than he hurt his arm and shoulder. [Ed: Red Bull KTM has since advised of broken collarbone]

The stage was full of rocks and the dust was incredible!

Pablo [team-mate Juan Pablo Guillen Rivera] said he had trouble seeing in the dust as well. He reckons the quads are the worst; they spit out heaps of dust and are difficult to pass.

I took it very slowly to make sure I got through safely and nurse my wrist as best I could, so I had no falls.

The rocks made it really hard going though, and it’s hard to hold on to the bike with my wrist the way it is.

I didn’t find the navigation too tough. Pablo and I got lost once, but so did many of the other riders and I think they got lost much worse than we did.

I can’t remember exactly where it happened but I had another very close encounter with a truck today. They come flying through and so many times they don’t sound their warning signal like they’re meant to.

This time we were on a narrow track and this truck came through at about 100km/h. I had nowhere to go but fortunately it all worked out OK.

I did have to stop a few times today to rest up, and at the second fuel stop the officials must have seen I had wrist issues. They quizzed me about it, then gave me water and a bit of treatment and they were happy for me to continue.

Then about 20 minutes later an official car pulled me up to check on me. They gave me some water as well, checked me over and off I went again.

At least the temperature was reasonable today, in the high 20s, maybe low 30s. Apparently, last year it snowed in this area when the rally was here!

So it’ll be an early night for me tonight, rest up and let’s see what the Dakar can throw up in Stage 10.