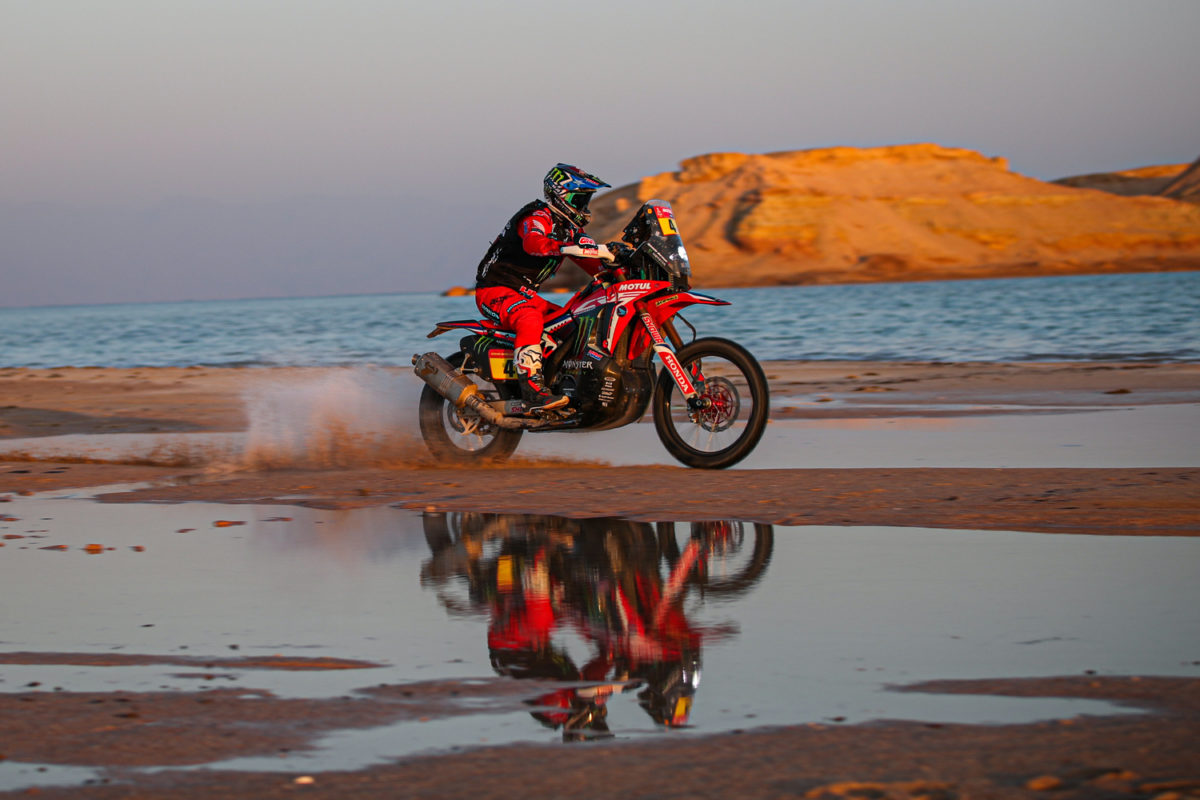 Jose Ignacio Cornejo Florimo has moved more than 10 minutes clear of the rest of Dakar’s Bikes field as his key rival, Toby Price, crashed out on Stage 9.

NOTE: Reporting which follows has been updated to reflect time adjustments for Sam Sunderland, Ricky Brabec

While 2020 champion Ricky Brabec and Price’s Red Bull KTM team-mate Sam Sunderland have been credited with time for stopping to assist the Australian, Cornejo’s overall advantage is still 11:24s.

The Chilean was 1:06s to the good ahead of the 465km special around Neom, and continued to be involved in a tight battle with Price until the two-time champion crashed 155km in.

Cornejo was officially in front at the Kilometre 157 waypoint but ultimately got beaten to stage honours by Monster Energy Honda team-mate Kevin Benavides by 1:34s.

They are now first and second in the general classification, although the overall leader lost second spot on stage once another team-mate in Brabec was given back 22 minutes as compensation for his role assisting Price.

Similarly, Sunderland was handed 16 minutes which elevated him to fourth in the stage and third in the general classification, 14:34s off the top.

Brabec is now fourth overall, 17:26s behind, and Joan Barreda Bort fifth on yet another Monster Energy Honda.

Price was not the only big name to exit the race on Stage 9, with Rockstar Energy Husqvarna’s Luciano Benavides crashing at 242km in.

The Argentine was in third place at the waypoint three kilometres prior but he too has been airlifted to hospital in Tabuk with an injured shoulder.

Australian Michael Burgess (BAS Dakar KTM) is currently showing 29th overall at the conclusion of the stage while compatriot Andrew Houlihan (Nomadas Adventure), who has been riding with a broken scaphoid for almost a week, is yet to reach the finish line back at Neom.

Stage 10 takes the field from Neom to AlUla, with a 342km special and total mileage of 583km along the way.