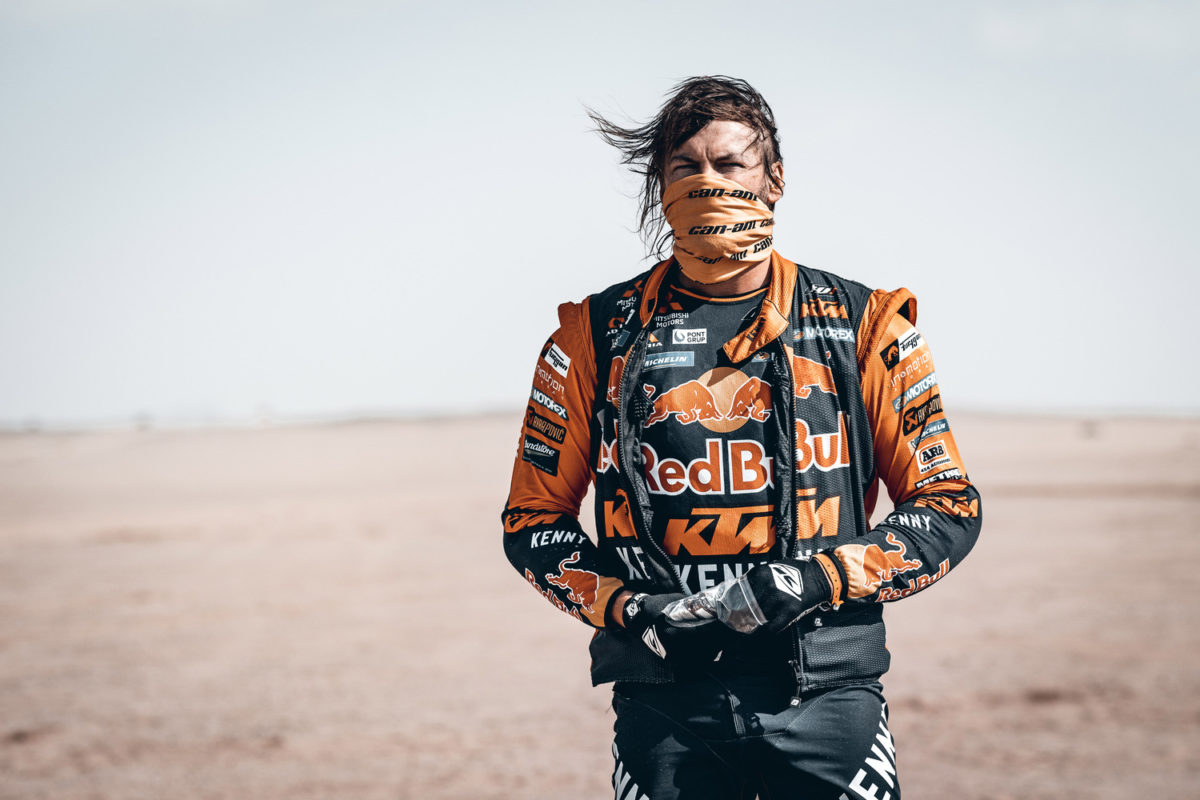 Price started Stage 9 just 1:06s off the overall lead and was vying for the lead of the special when he went down, 155km in.

The Australian was airlifted to hospital in Tabuk for x-rays, with organisers reporting injuries to his left arm and left shoulder at the time.

The broken collarbone was announced by the factory KTM squad after the conclusion of the Neom loop stage.

Team-mate Sam Sunderland and 2020 champion Ricky Brabec stopped to assist at the crash scene, with the latter finding Price to be in a dazed state.

Both were credited with the time they lost while waiting with their fellow competitor and Sunderland is now third overall, KTM’s highest, at 14:34s off the lead.

The Briton explained how he had a crash of his own after Price’s fall.

“I started off strong, and was making good progress, handling the tricky navigation well.

“Then I came across Toby lying in the riverbed with Brabec already stopped with him.

“I helped there ‘til the helicopter arrived then set off again and tried to get back into a good rhythm.

“Around 100 kilometres or so after that, I was opening up for the group I was with and was looking down at the roadbook, hit a rock and was sent over the handlebars.

“But, I damaged the road book tower on the bike had no navigation from then on.

“I managed to reach the finish by following others but that’s always hard.

“A really tough day for the team, but this is Dakar and it’s always a challenge. We’ll regroup and do our best again tomorrow.”

For Price, the retirement is his second in seven Dakar starts to date, after suffering a badly broken leg in 2017.

He famously won the 2019 edition, his second such victory, while carrying a broken scaphoid all the way as a result of a training crash during the month prior.