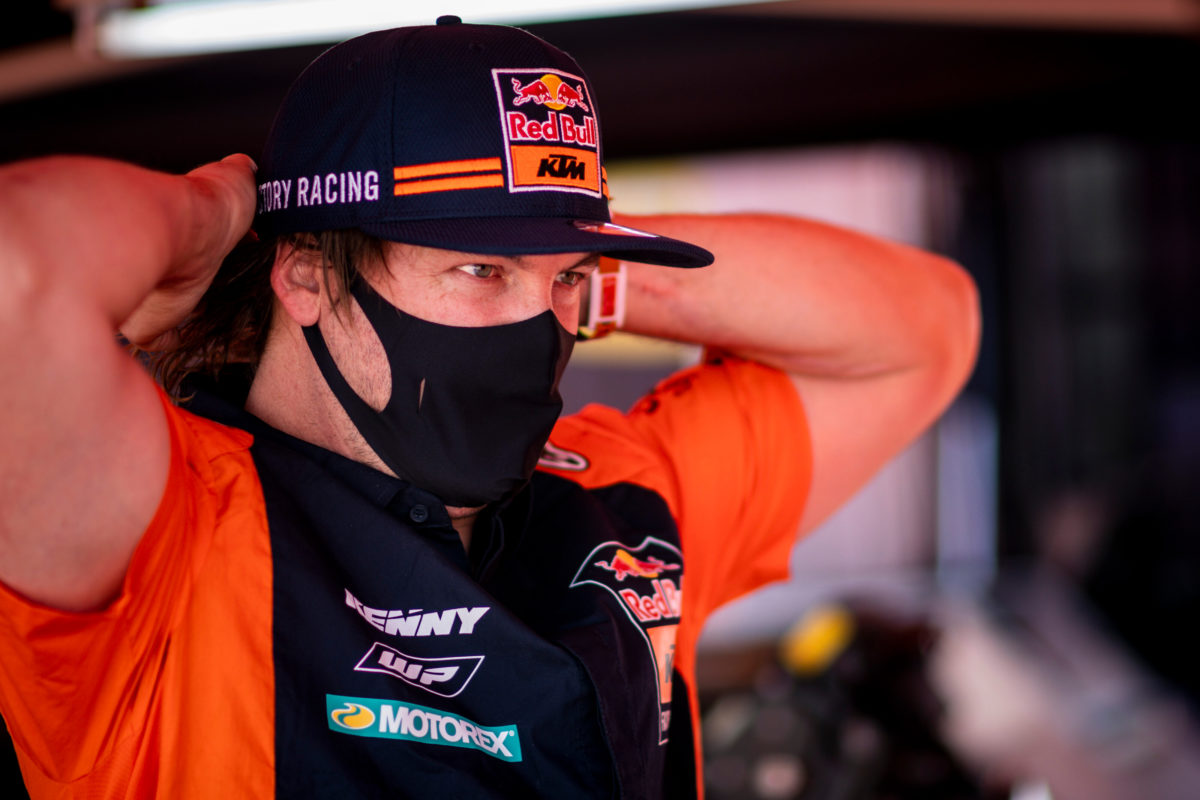 Ricky Brabec has recounted how he found fellow Dakar champion Toby Price after the Australian crashed midway through Stage 9.

Price, who started the day 1:06s away from the top of the general classification, was running competitively on the Neom loop stage before he went down exactly a third of the way into the 465km special.

The Red Bull KTM rider would have to be airlifted to hospital in Tabuk for X-rays, with his injuries reported at the time by organisers as left arm and left shoulder.

Price was also said to have been conscious, although he was at least dazed when Brabec found him.

The American Honda competitor, as well another factory KTM rider in Sam Sunderland, stopped to assist until medical crews arrive, with the time they lost credited back to them at the end of the stage.

“Today we had Toby go down and hit the dirt,” said Brabec.

“[He’s] a little bit injured, I think his left shoulder, [and] his left arm.

“He hit pretty hard on the left and didn’t really know where he was. He asked me probably seven times where he was, who I was.

“I came up on him and just hung out with him until the heli[copter] got there.”

It was Price who had the ordeal of being first on the scene of Paulo Goncalves’ ultimately fatal crash in last year’s Dakar.

As it happens, that incident occurred exactly 12 months ago to the day, and Brabec reflected on the danger which riders subject themselves to in competition. 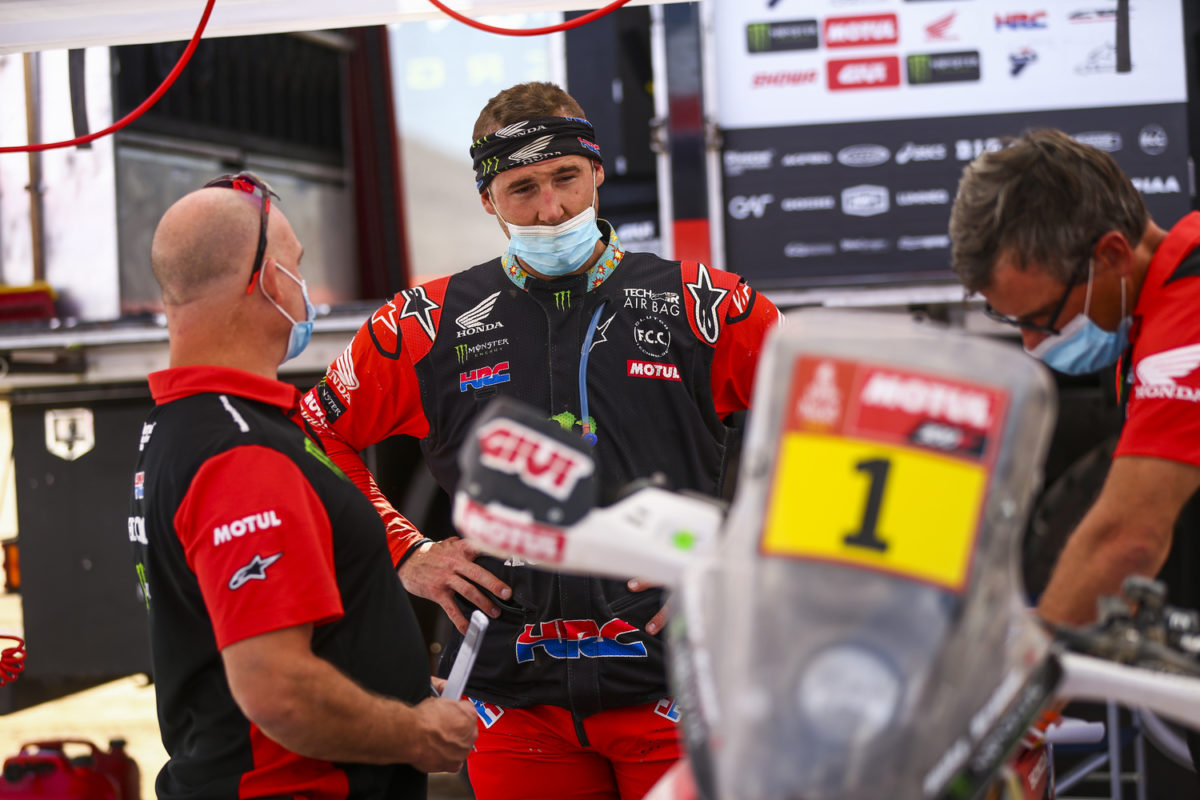 “What we do is dangerous, so it’s unfortunate that he [Price] is out,” said the 2020 Dakar champion.

“It’s something that we have to think about every time we put gear on every morning. It could be any of us.

“This day last year we lost a really good friend in Paulo and today Toby crashed and went out of the rally, but he’s going to be OK.

“For sure, to go on for the rest of the day was really difficult.”

Brabec’s Monster Energy Honda team-mate, Jose Ignacio Cornejo Florimo, continues to lead overall and had also been vying with Price, among others, for top spot on stage before the crash.

The Chilean admitted he became somewhat distracted upon hearing the news.

“Today was tough, it was going to be a long day and it was,” said Cornejo.

“Toby started right behind me. We were fighting for the overall [victory] and it’s very bad that he crashed and got injured.

“I hope it’s nothing serious. That’s the last news we want to hear, that one of us has crashed or is out of the race.

“Toby’s a legend, he’s a very good rider and also a very nice guy, so I wish him a fast recovery. Hopefully he’s right back on the bike soon.

“Today I had to open the whole way. It was tough.

“They let me know at the first refuelling point that Toby had crashed and I lost focus a little bit and made a few mistakes, but other than that, I think I did a good job.”

Luciano Benavides (Rockstar Energy Husqvarna) went out of the event in similar fashion to Price on Stage 9, crashing 242km in before he too was airlifted to hospital due to a shoulder injury.

His brother Kevin won the stage, and now sits second in the general classification at 11:24s behind team-mate Cornejo.

“Just now I’ve received the news that my brother crashed, so I am so disappointed with that and I hope, I think he is OK,” said Kevin Benavides at the end of the stage.

“Also, today was a special day for me, one year from Paulo… So, I tried to push all day, to stay focused, try to keep the speed [up] and not make mistakes.

“So, I think it was a good stage; also Nacho [Cornejo] did a good job.

“At the end also, Toby crashed, so it was a really dangerous day today.

“I am happy to be here OK and also the bike.”

The retirement is Price’s second in seven Dakar starts to date, after suffering a badly broken leg in 2017.

He famously won the 2019 edition, his second such victory, while carrying a broken scaphoid all the way as a result of a training crash during the month prior.

Sunderland is KTM’s new leader in the classification, third overall after getting his time back, while Brabec sits fourth.