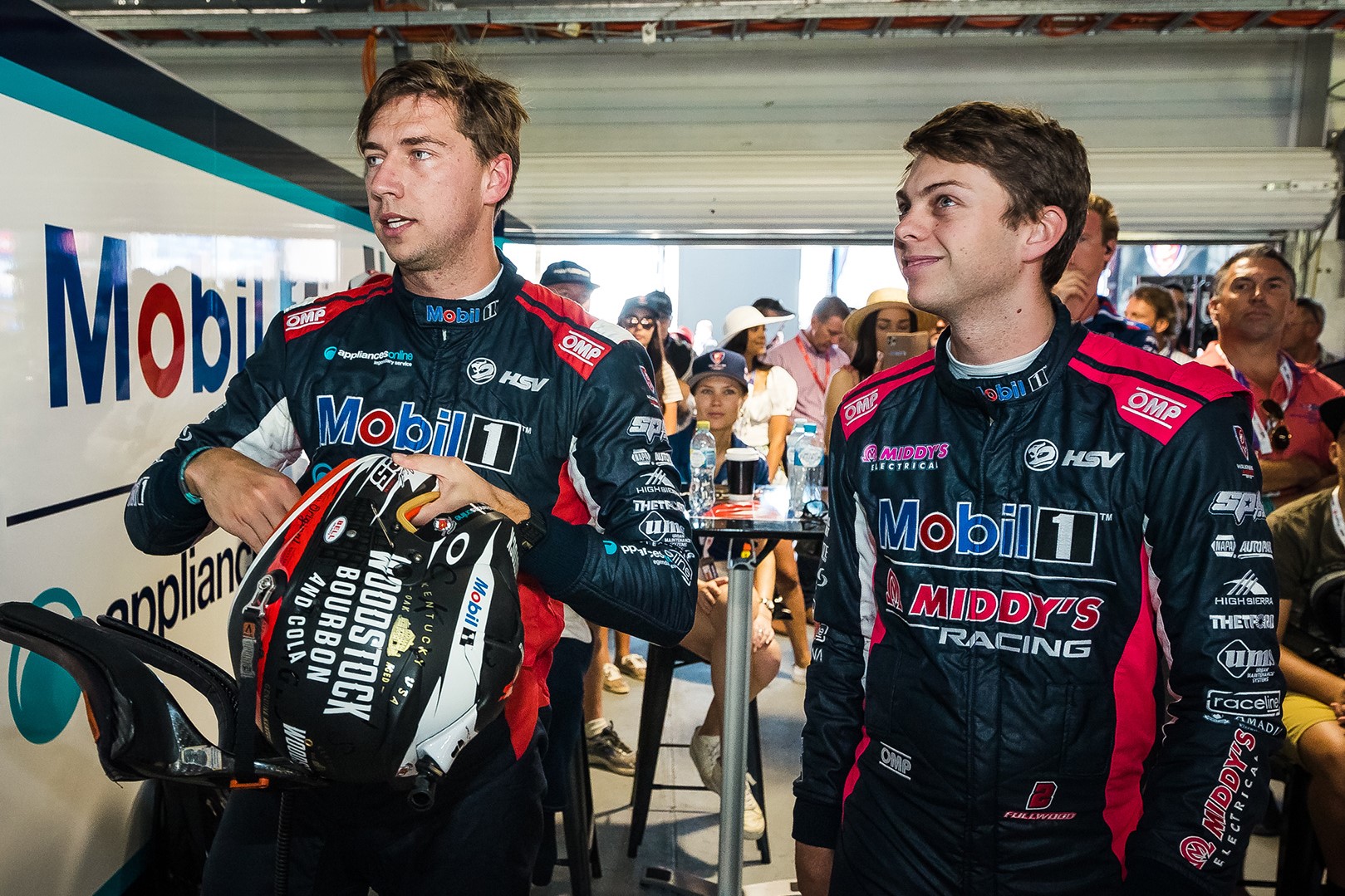 It was a breakout year for Fullwood who scored his first podium finish in his debut Supercars Championship season at the second of the events at The Bend Motorsport Park.

Meanwhile, Mostert equalled his best finish of fifth in the drivers’ championship, a feat he achieved with Tickford Racing in 2017 and 2019.

Mostert’s season was highlighted by a second place finish in only his second race in his Holden ZB Commodore as well as claiming third place in the Bathurst 1000 with Warren Luff.

The 28-year-old also brought the team its first pole since 2016 when it was then known as the Holden Racing Team.

For Mostert and Fullwood, it was their first year with the new-look Walkinshaw Andretti United, which saw Scott Pye and James Courtney part company following the 2019 season.

As the up-and-coming Fullwood and experienced Mostert move into their second season with the team, Stewart said he has lofty ambitions.

However, the Team Principal said he’s conscious the Clayton-based team can’t get ahead of itself.

“We would hope and expect that we’re more competitive than we were last year and that we do seriously shake up races in 2021,” said Stewart.

“But we’ve been here before, with a little bit of momentum and we hadn’t converted it.

“My focus is right now that we turn this period in the off-season to work really hard and give ourselves the best chance of putting Chaz and Bryce in those top echelon of drivers at each track and every event, but that’s bloody hard.

“It doesn’t come without hard work and a bit of sacrifice. Thankfully, we’ve got a fantastic team here, who are all equally motivated to keep pushing hard.

“It is encouraging, but it’s like that word; potential. It’s a good word, but you’ve got to turn it into something,” he added.

“You’ve got to make sure that the potential becomes results. And that’s what we’re going to take from 2020, is take that pain and the challenges we overcame and the way we improved on the road away from their home place and maintain that and turn it into a better result in 2021.”

The team has also added former Triple Eight engineer Grant McPherson to its ranks for 2021.

McPherson is expected to arrive in the second quarter of the season having gone on gardening leave at the end of last year.

He joins the likes of Carl Faux, Adam De Borre, Rob Starr, and Terry Kerr at the team.

Stewart said the personnel the team has acquired of late will put it in good stead for 2021.

“This is a sport run with people,” Stewart explained.

“We’ve got really good teams of people in our business and we’re adding to them with people coming into our culture like Grant.

“Equally, we’re trying to empower and give the right tools for the people in the positions to make the most of this opportunity.

“There are various aspects from engineering to how we operate as a team, how we train as a team, how we use the information, and how we retain and keep this awesome culture and atmosphere that evolved from the COVID period, and use that to push on and build a better car for 2021, create a better opportunity for the drivers to be further up the track, and hopefully podiums and wins are not too far away.”