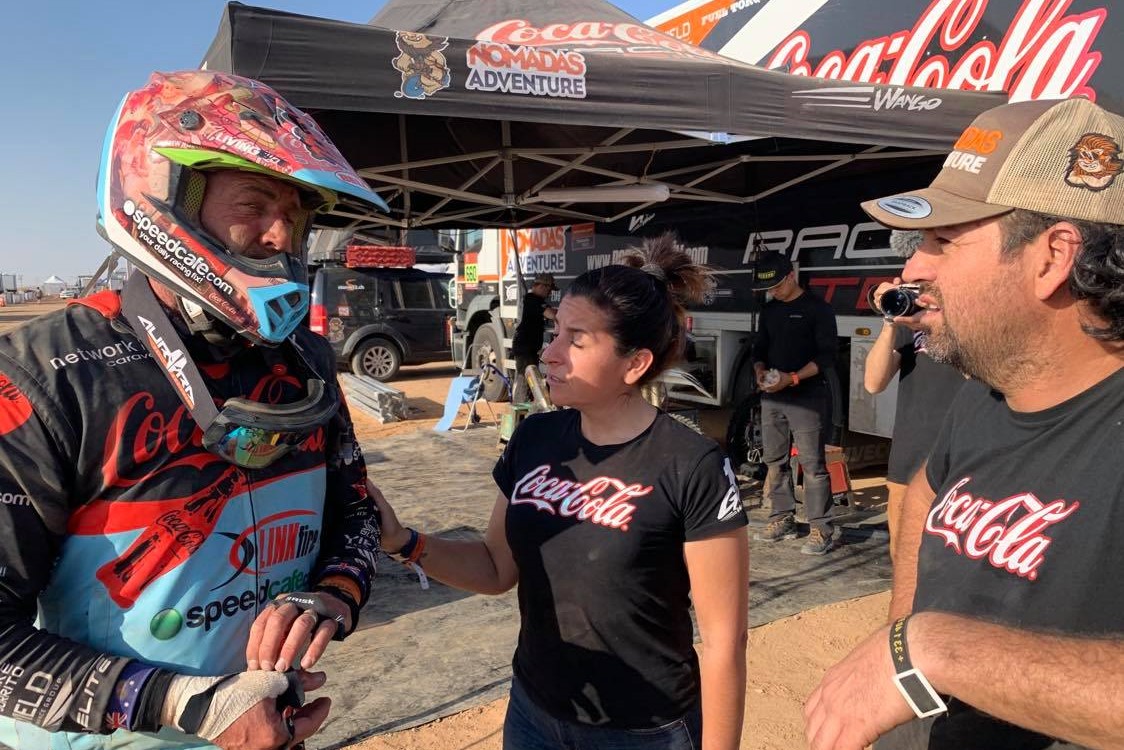 Houlihan has made it to the end of the tough marathon stage and has revealed that he’s been riding with a broken scaphoid since Day 3.

Despite the pain and the difficulty he’s having holding the bars, he managed to pick up another two positions and is now ranked 58th overall. 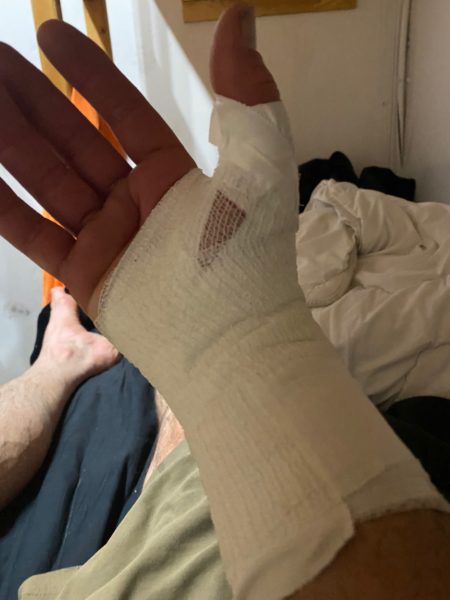 The marathon stage is done and I’m back in the bivouac with the rest of the Nomadas team. I arrived in Neom about 3pm this afternoon, a bit earlier than other days.

The bike has run well over the last two days; there’s been no issues with it at all, and I had no offs today.

There were no tracks to follow so navigation was quite tricky. The dirt doesn’t leave markings and the wind blows any tracks in the sand away quickly anyway.

I only had one small navigational error but I realised pretty quickly and turned around.

They said there’d be no dunes. Well, there were, but only short bursts of them and not the usual 10 to 20km stretches.

I managed to pick up a couple of places again today and I’m now 58th overall. Pablo [team-mate Juan Pablo Guillen Rivera] is one spot ahead in 57th. Not bad for a couple of rookies! Got to be happy to still be in this thing.

But I’m feeling really fatigued, and I’m also riding with a broken scaphoid. It happened in a fall on Day 3.

The pain today was horrendous and holding the bars is difficult.

I’m getting through each day now by strapping it and with the help of painkillers.

I just tell myself every night that there is only one day to go. Hopefully I will wake up and the race is finished.

At least tonight I’m back with the team and can get some care from our team physio as well.

We slept on mattresses on the floor in a gym in Sakaka last night and it was cold.

And tonight, we’re all dealing with a windstorm. The guys are trying to stop tents and marquees from blowing into the Red Sea about a kilometre away!

Tomorrow is a shorter loop, about 570km, and we’re back here tonight.

There’s four days to go and I’m just taking it one day at a time right now. 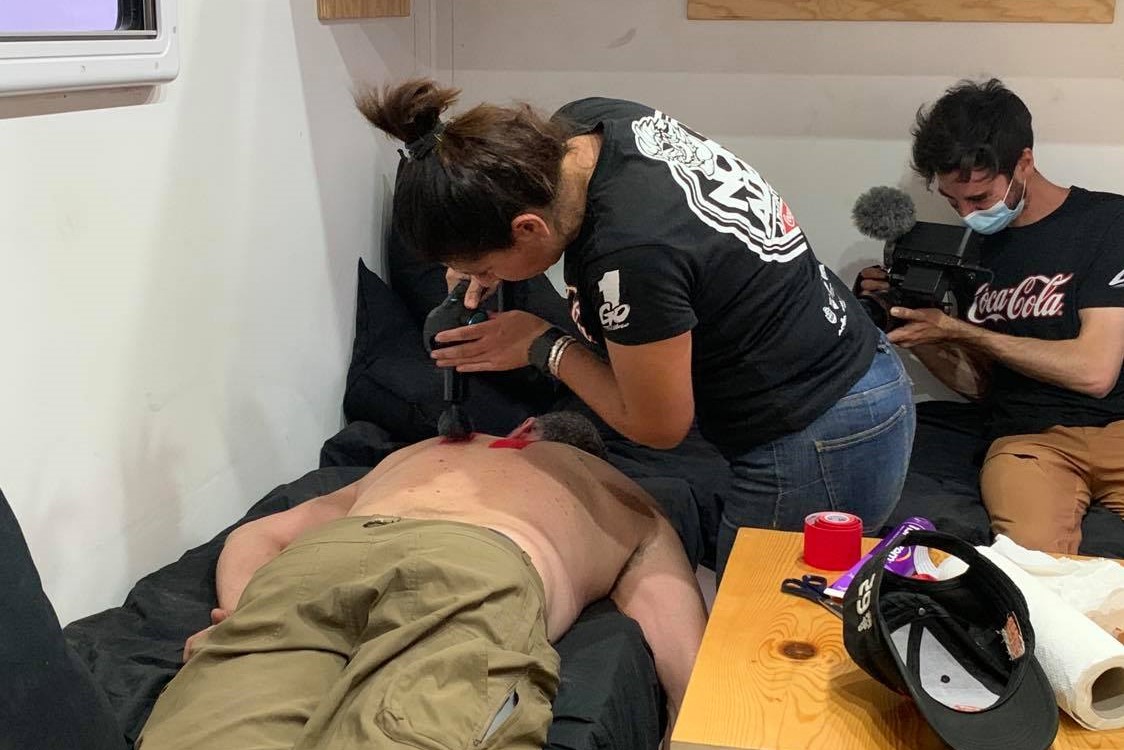