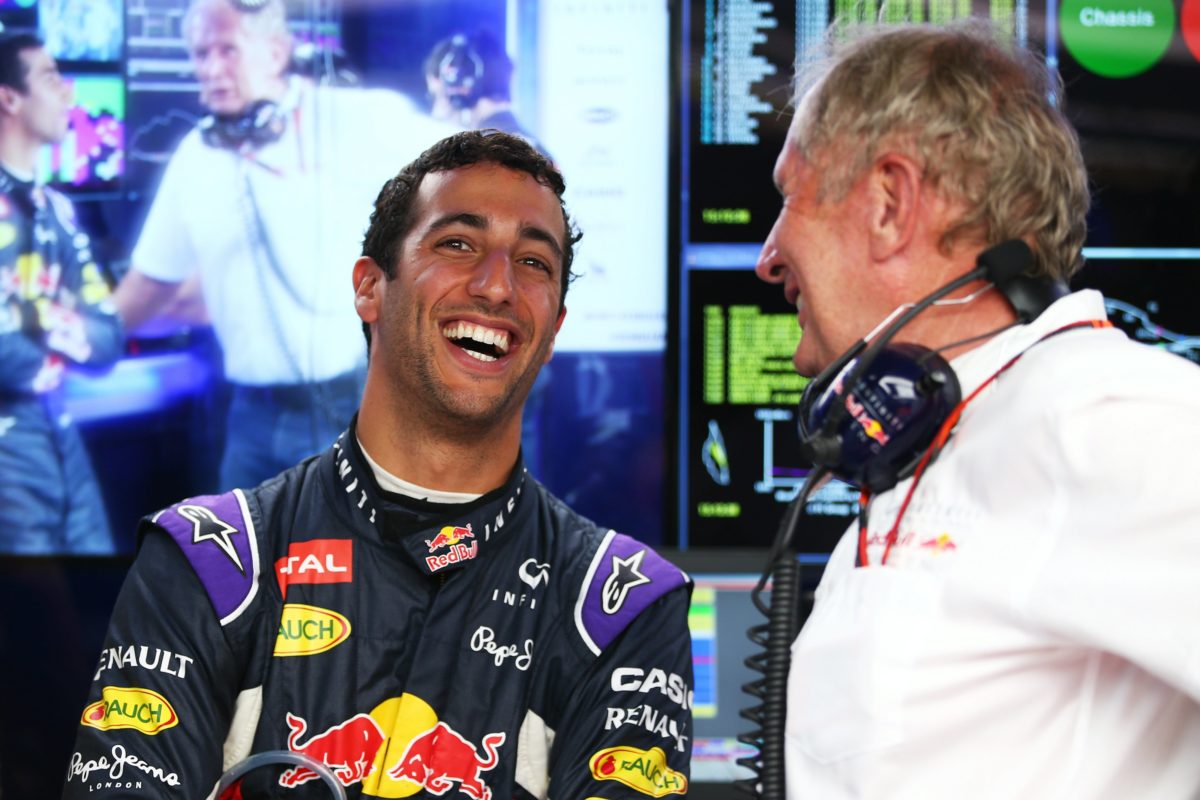 The 77-year-old Marko possesses a fearsome reputation, developed after ruthlessly promoting and axing young drivers as part of Red Bull’s involvement in Formula 1 over the past 20 years.

While he’s overseen the formative years of drivers like Ricciardo and Sebastian Vettel, he’s also effectively ended the careers for others like Christian Klien, Vitantonio Liuzzi, Jaime Alguersuari, and a host of others.

More latterly, he’s dumped and recalled Daniil Kvyat, only to again dump the Russian in favour of Yuki Tsunoda.

“Helmut has become a little softer in recent years,” Ricciardo told Motorsport-Total.com, admitting he was once fearful of speaking with the Austrian privately.

“Maybe it’s just maturity now, but I can also feel that he’s gotten a little nicer.”

He was then promoted to the senior team following the retirement of Mark Webber at the end of 2013.

The West Australian native outshining team-mate Sebastian Vettel in their only season together in 2014.

Through that experience, Ricciardo suggested Marko’s approach, though at times brutal, was a positive one.

“You get 100 percent transparency and honesty,” the Australian reasoned.

“If you weren’t good, he’ll tell you so.

“You just have to be willing to accept some constructive criticism and not sometimes to take everything personally.

“He only says these things to get the best out of you,” he added.

“He says it because he cares and believes in you.

“If he is willing to give you this criticism, then in a certain way one should see it as a compliment. ”

His racing career ended when he was blinded in one eye during the 1972 French Grand Prix after a rock pierced his visor.

He remained involved in the sport, managing countryman Gerhard Berger and Karl Wendlinger before standing up his own Formula 3 and Formula 3000 operation in the late 1980s.

A decade later, it had morphed into the Red Bull Junior Team, whereupon Marko became a key figure in the drinks company’s driver development programme.