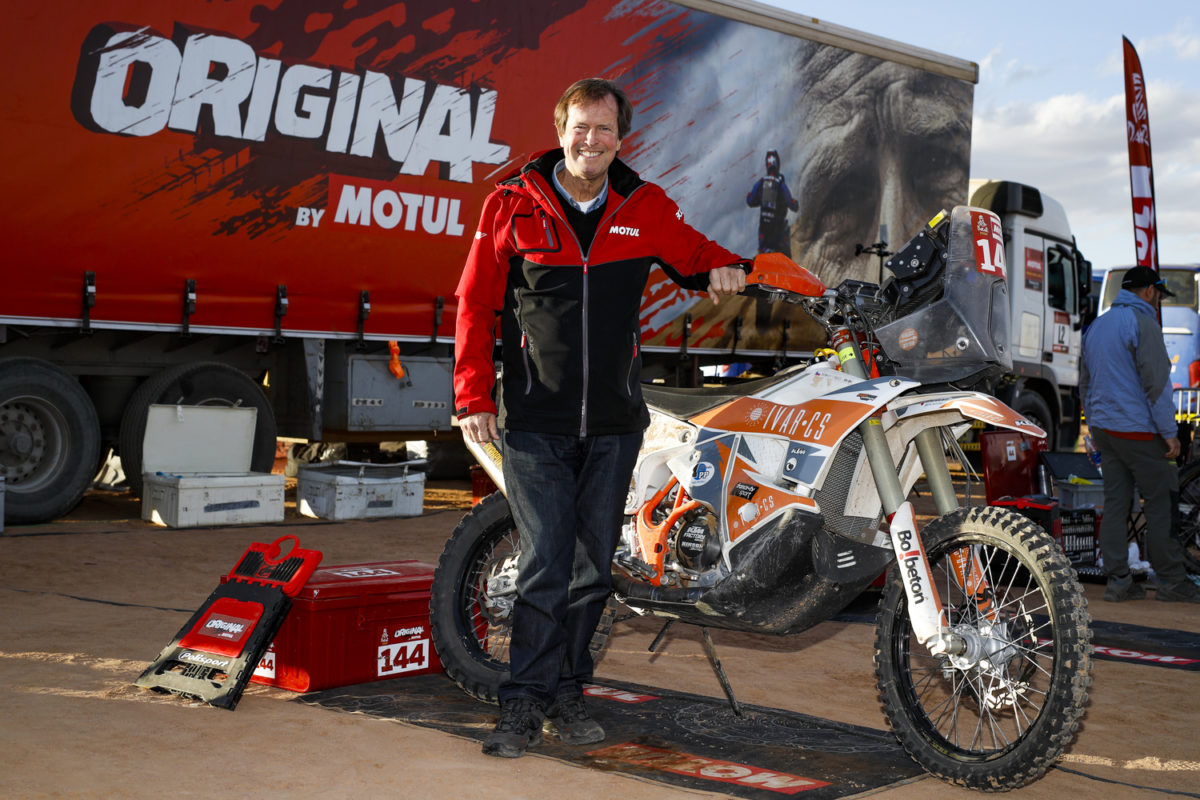 Hubert Auriol during his visit to the Dakar in 2020 pic: ASO/Florent Gooden/DPPI

The first person to become a Dakar winner in multiple disciplines, Hubert Auriol, has died.

However, ‘The African’, as the Ethiopian-born Frenchman came to be known, continued his involvement as event director, a role which he held until 2003.

Dakar organisers announced his passing after a period of illness in a statement released at the conclusion of Stage 7 of the ongoing edition.

See below for statement

The current event director and fellow former competitor, David Castera, was among those to pay tribute.

“I followed what he was doing – my father was his mechanic – so I’m having trouble expressing how I feel today.

Speedcafe.com extends its condolences to Auriol’s friends and family.

The recent updates on the health of Hubert Auriol foreshadowed the tragic news received by the organisers of the Dakar during stage 7.

The former biker and driver has succumbed to a disease that sapped his strength but was unable to stop him from paying one last visit to the community he helped to build and galvanise, last year in Ha’il, on the occasion of the first edition of the rally in Saudi Arabia.

Long before the start of this new era, back when the race was still in its infancy in Africa, he became one of the most iconic faces in the rally, going on to win the motorbike class in 1981 and 1983.

The man from Addis Abeba soon came to be known as ‘The African’, but it was especially his epic duels with Cyril Neveu (particularly in 1987, when he lost after breaking both ankles in the penultimate stage) that established his legend and that of the Dakar.

Following a switch to the car class, the 1992 edition saw Auriol become the first competitor to win in two different categories, a feat he achieved together with the navigator Philippe Monnet.

After his final participation, when he finished as runner-up in 1994, he jumped behind the wheel of the whole event, staying at the helm of the Dakar until 2003.

The organisers of the Dakar, shocked and saddened by the news, would like to extend their sincere condolences to the friends and family of a man who was a guiding light throughout the history of the rally, with a special thought for his daughters Julie, Jenna and Leslie.