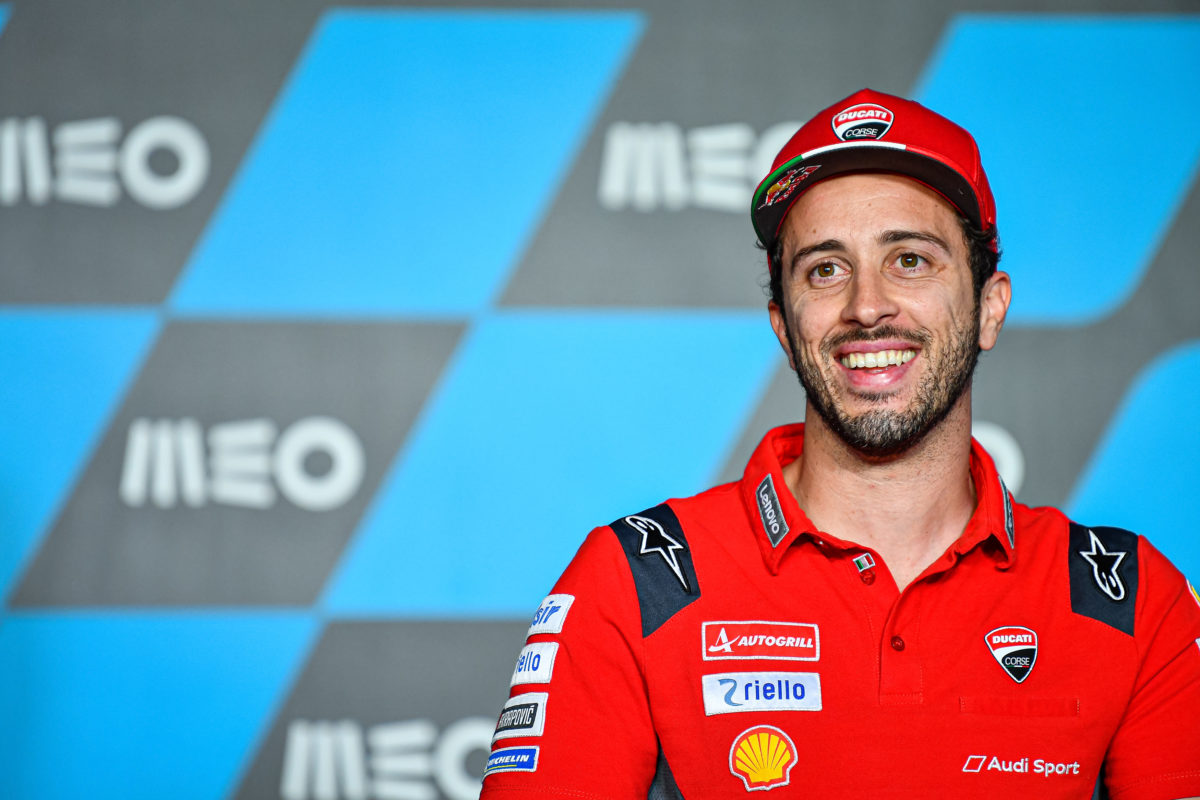 Andrea Dovizioso would consider filling in for Marc Marquez for part of the 2021 MotoGP season if Honda makes him an offer.

Dovizioso is currently on a sabbatical after failing to renew with Ducati, from which he claims there was no offer for a new deal due to a complete falling out with the manufacturer’s motorsport boss, Gigi Dall’Igna.

Repsol Honda does have a seat to fill given Marquez is still recovering from a third operation on his broken right arm, and the 15-time race winner is the best-credentialled rider who could theoretically be available.

While Honda has been guarded on its superstar’s condition, there appear no guarantees it could give Dovizioso a full MotoGP season on an RC213V, given Dorna will not allow it to field three factory entries on an ongoing basis.

The Italian was asked in an interview with La Gazzetta dello Sport if he would be happy to fill in for Marquez until the six-time premier class champion returns.

While that drew a coy response, Dovizioso did not out the possibility.

“I want to see what they offer me,” he said.

The 34-year-old is taking on motocross this year and advised that he has 28 such races on the cards, although none would clash with the pre-season MotoGP tests at Sepang and Qatar in February and March, respectively.

Honda test rider Stefan Bradl stepped into the breach left by Marc Marquez alongside the Catalan’s brother Alex for the bulk of the 2020 season.

The younger Marquez has now moved to Castrol LCR where he joins Takaaki Nakagami, while Pol Espargaro has been recruited from KTM for the other factory entry.

Jack Miller and Francesco Bagnaia form an all-new line-up at the Ducati Team, from which Danilo Petrucci has switched to Tech3 KTM.