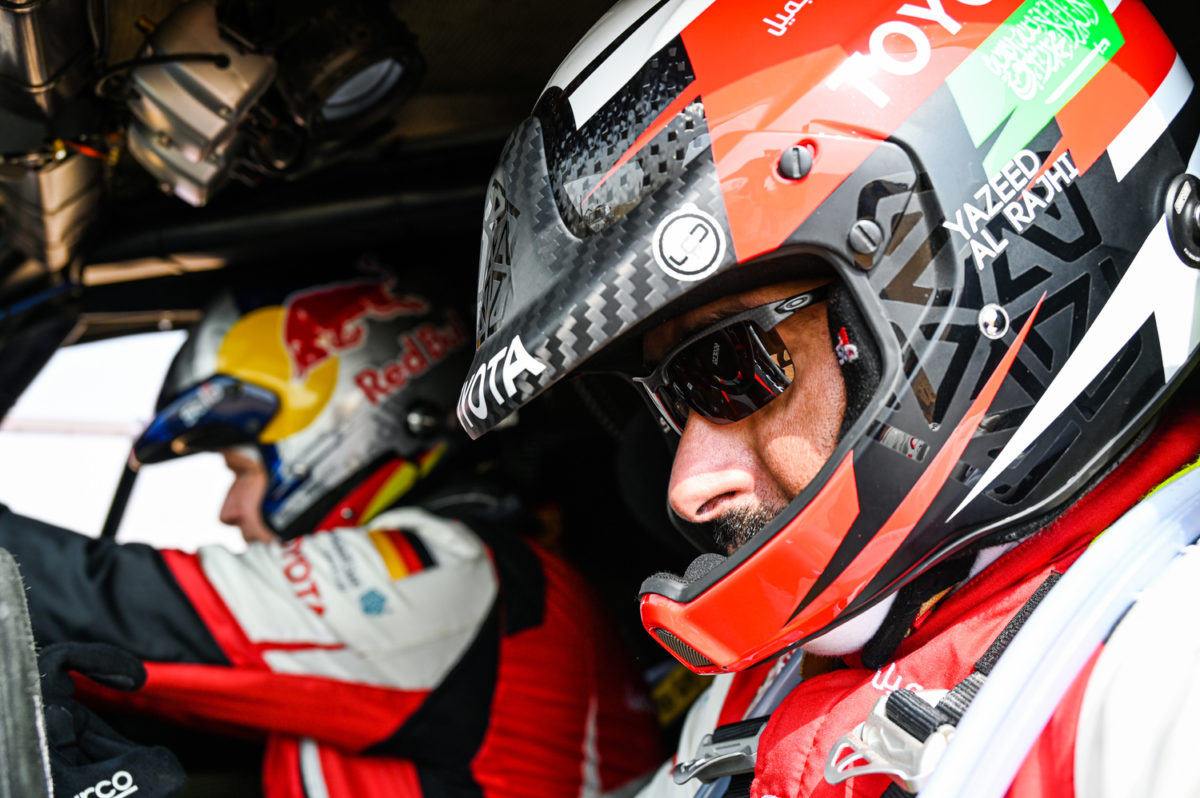 ‘Mr Dakar’ finished second to Al Rajhi on Stage 7, the first marathon stage, by 48 seconds and is now 7:53s clear of Nasser Al-Attiyah in the general classification.

However, there was still frustration for Peterhansel, who had been leading all the way from Kilometre 63 to Kilometre 358 before having to change a wheel on his X-Raid Mini JCW buggy after hitting a rock.

“It was a good beginning of the stage but at the last 40km, we had a big impact on the rock and we destroyed the rim,” explained the Frenchman.

“It was really complicated to remove the wheel because it was blocked on the caliper and normally it would take two or three minutes but I think we stopped for seven, eight minutes.

“So, it’s a little bit sad because this was a good beginning of the stage but this is the race.”

The incident opened the door for Al Rajhi, who then got as far as 2:09s to the good before Peterhansel recovered some time, and now sits 20th overall at 5:02:30s off the pace.

Carlos Sainz in the other X-Raid buggy and Al-Attiyah in a factory Hilux rounded out the top four, the latter exactly two minutes behind Peterhansel on the 453km special from Ha’il to Sakaka.

Both had been more than five minutes adrift of the 13-time Dakar champion before his run-in with the rock, although Al-Attiyah also had drama of his own.

“Tackling the marathon stage after a rest day wasn’t easy,” said the Qatari.

“We suffered a flat tyre and, from then on, we were extra cautious to avoid breaking things.

Al-Attiyah is now 7:53s back from Peterhansel overall, and Sainz 41:06s off the pace.

The rest of the top five in the general classification is Jakub Przygonski (Orlen Hilux Overdrive) at 1:22:48s behind, and Nani Roma (Bahrain Raid Xtreme) at almost two hours in arrears.

Sebastien Loeb’s woes continued and the Frenchman is now over 13 hours off the lead.

Having lost a suspension arm on Stage 6, the Frenchman’s BRX broke a hub 30km from the end of Stage 7 and he dropped another 90 minutes.

For the second day in a row, Kamaz finished up with the top three on stage and overall in Trucks, Dmitry Sotnikov’s overall lead increasing to 45:56s.

There has been a major shake-up in Quads, however, with Nicolas Cavigliasso (Drag’On Rally Team) going from the lead to a withdrawal due to clutch failure.

Manual Andujar (7240 Team) is now out in front, 20:55s to the good, while Aron Domzala (Monster Energy Can-Am) tops Lightweight Vehicles and SSV.

Stage 8, which is also run under marathon stage conditions, goes from Sakaka to Neom with a 375km special.