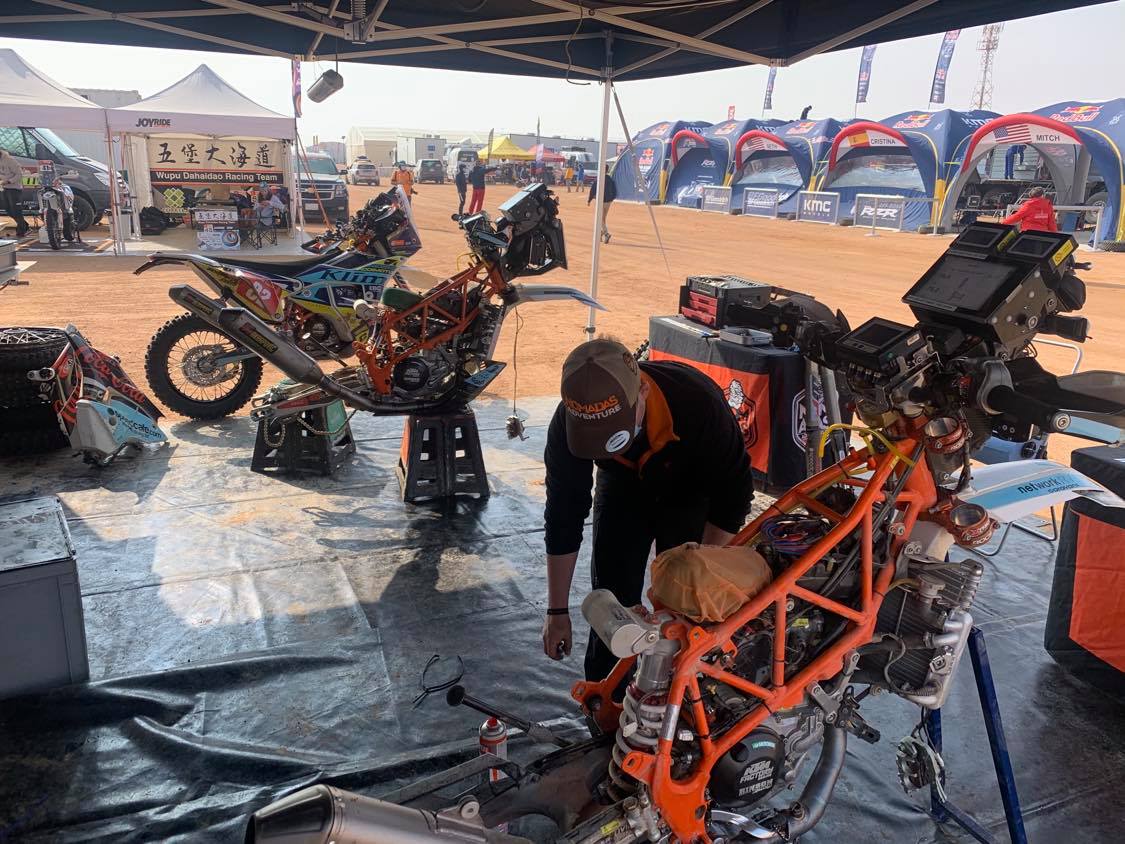 Work on the Nomadas Adventure KTMs

We’re at the halfway point of the 2021 Dakar Rally and today’s rest day is giving the teams and riders a chance to catch up on maintenance and all-important sleep before they head into the marathon stage tomorrow.

The Nomadas team enjoyed a sleep in this morning until about 8am, and woke to the sound of light rain on the roof of the truck. It became sunny but there’s a chilly wind.

Pablo and I had a relatively relaxing day sorting our gear and bodies out.

It was also a good chance to walk around the bivouac and talk with other competitors, especially our Aussie KTM mates. The media guys were wanting lots of interviews too!

It was interesting to see the huge amount of maintenance work done on the cars and trucks.

The area next to the bivouac has become a bit of a test ground for the teams, and you regularly see mechanics cruising out of the bivouac to test the vehicles.

The Ha’il bivouac is a dust bowl and it looks like there’s a storm coming. If it dumps rain, it should make things interesting for those service teams.

Jakob and Hernan have been working on our bikes all day. The bikes were stripped almost back to the bare frame. They now have a new clutch, chain, sprockets, tyres, mousses, a suspension service and a general oil and filters change.

They even gave them new decals!

Tomorrow is the start of the marathon stage, and there’s no mechanical assistance for us tomorrow night, so it’s good to get all this work done on the bikes now.

The forecast for tonight is just 9° and there’s a 60 percent chance of rain between 4 and 9am – that might just work in my favour! 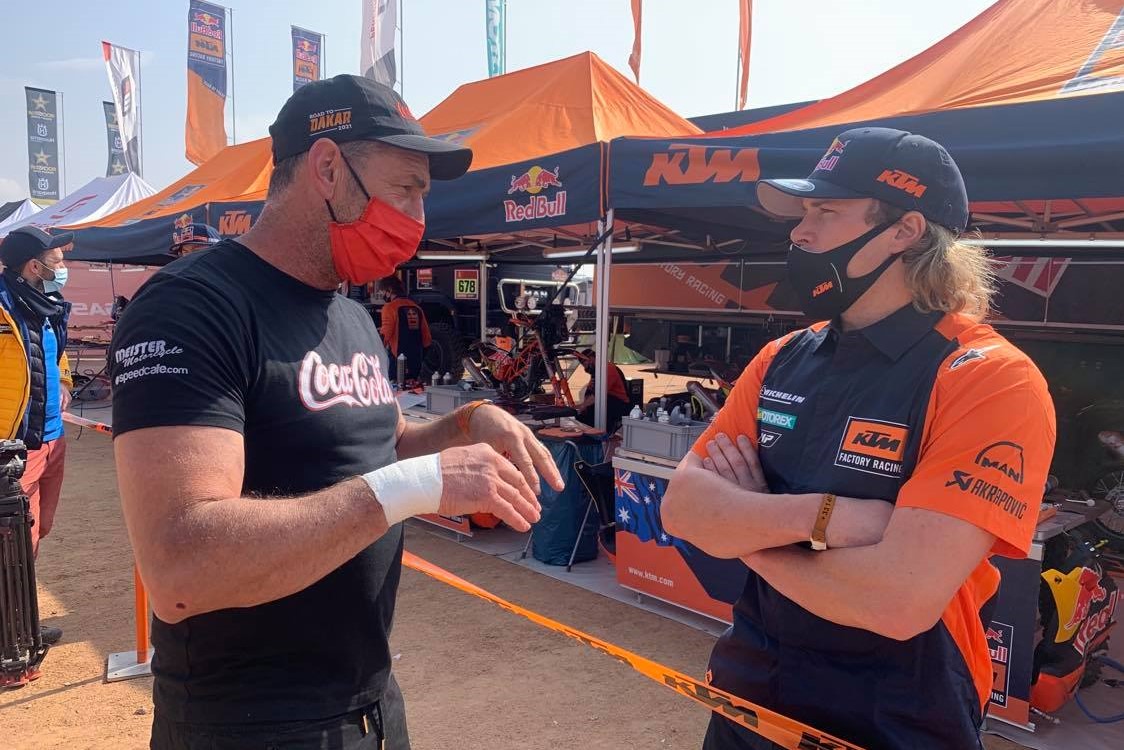