Dovizioso: No offer from Ducati due to ‘zero’ relationship with Dall’Igna

Dovizioso: No offer from Ducati due to ‘zero’ relationship with Dall’Igna 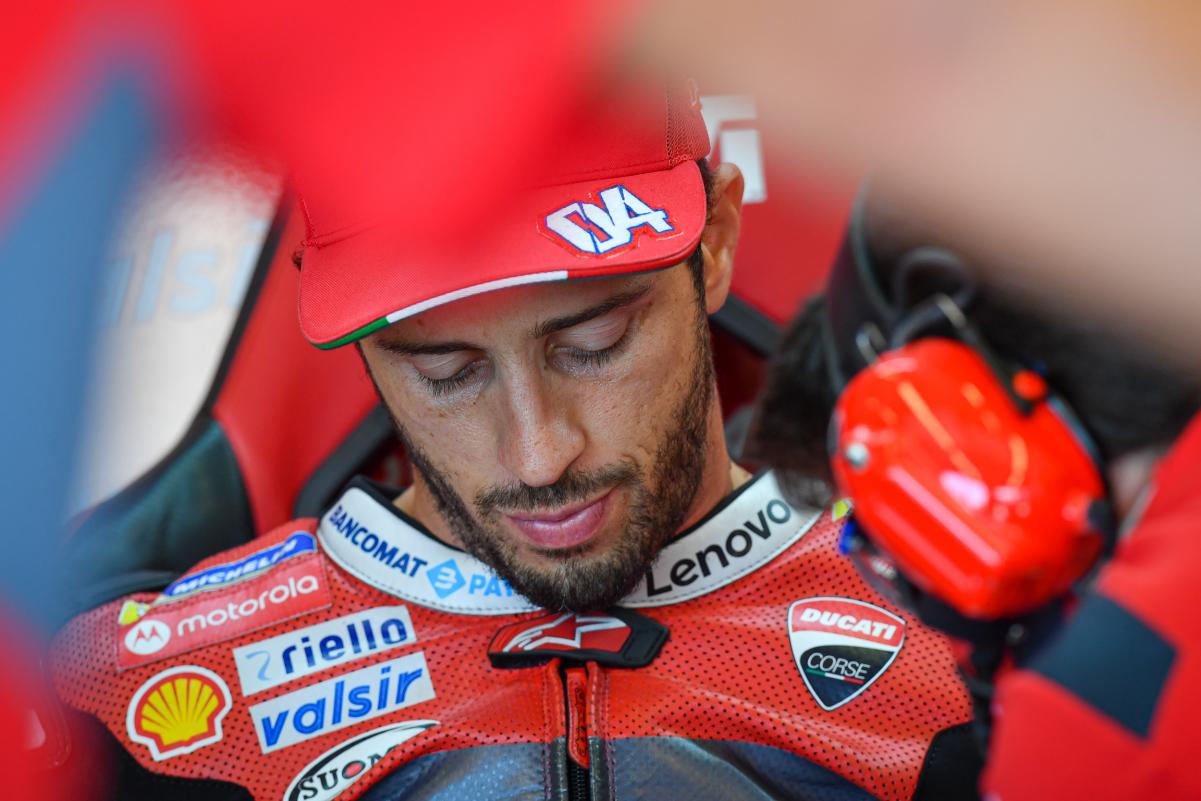 Andrea Dovizioso claims that he never received a renewal offer from Ducati and that his split is due to a deterioration of his relationship with Gigi Dall’Igna to “zero”.

Dovizioso is currently a free agent after embarking on what he and manager Simone Battistella have deemed a sabbatical from MotoGP.

The Italian’s place at the Ducati Team was a long-running issue before Battistella announced his client’s exit from the team on television during last August’s Austrian MotoGP.

While money had been speculated as a reason for the breakdown in talks, there were also suggestions of friction between Dovizioso and Dall’Igna, Ducati Corse’s General Manager.

Speaking to La Gazzetta dello Sport, the 15-time MotoGP race winner, including 14 times with the Bologna marque, claims he was in fact never made an offer.

Furthermore, he asserts that the decision was entirely down to Dall’Igna, and that his fate was sealed after a heated exchange between the two during a technical meeting midway through 2019.

“These decisions come only from Gigi,” stated Dovizioso.

“There is talk of Ducati, but it is wrong because all the decisions are his. Like the choice of [Jorge] Lorenzo in 2017.

“At the beginning of 2016 there was the possibility of taking on [Marc] Marquez, but Gigi had already decided that he wanted Lorenzo.”

Dall’Igna had last month told another Italian outlet, GPOne.com, that the meeting in question ultimately led to a parting of Dovizioso from Ducati.

“I believe the real decision was made in mid-2019 in a meeting held here in my office and, in the end, I was convinced that neither of us wanted to continue with the contract,” said Dall’Igna in that interview.

Dovizioso’s version of events is at least somewhat similar, but suggests he was still willing to continue with Ducati beyond 2020.

“Gigi stated that he understood that it was already over from the 2019 meeting between the Sachsenring and Austria,” he said.

“That was supposed to be a technical meeting, we had different ideas, there was friction and we wanted to meet with all the engineers.

“It started as a technical meeting but then ended as a confrontation between the two of us. Gigi felt attacked, beaten. I think at that moment he closed the doors, but he did it quietly and what he says confirms it.

“It was said that I wanted this and that.

“All lies. There was never an offer, there were no negotiations. I still did not know that they no longer wanted me.

“But what they said was the confirmation that for Dall’Igna it was already over after that 2019 meeting.”

Furthermore, Dovizioso drew contrast between his situation and that of Danilo Petrucci, who also left the Ducati Team at the end of 2020, but with a deal with KTM in his pocket.

“There was no transparency, unlike Petrucci, who was told before the season that there would be no room,” said Dovizioso.

According to the 34-year-old, the animosity between he and Dall’Igna has existed for a number of years.

“In the past years it was maybe… 30 percent? Not more.

“Since Jorge came – but not because he was on the team – in 2017, me and my team have isolated ourselves a bit because there was always discussion and disagreement.

“We stopped talking to develop the bike, just commented on what was happening.”

The Ducati Team will field an all-new line-up of Jack Miller and Francesco Bagnaia in 2021 after both were promoted from Pramac Racing.