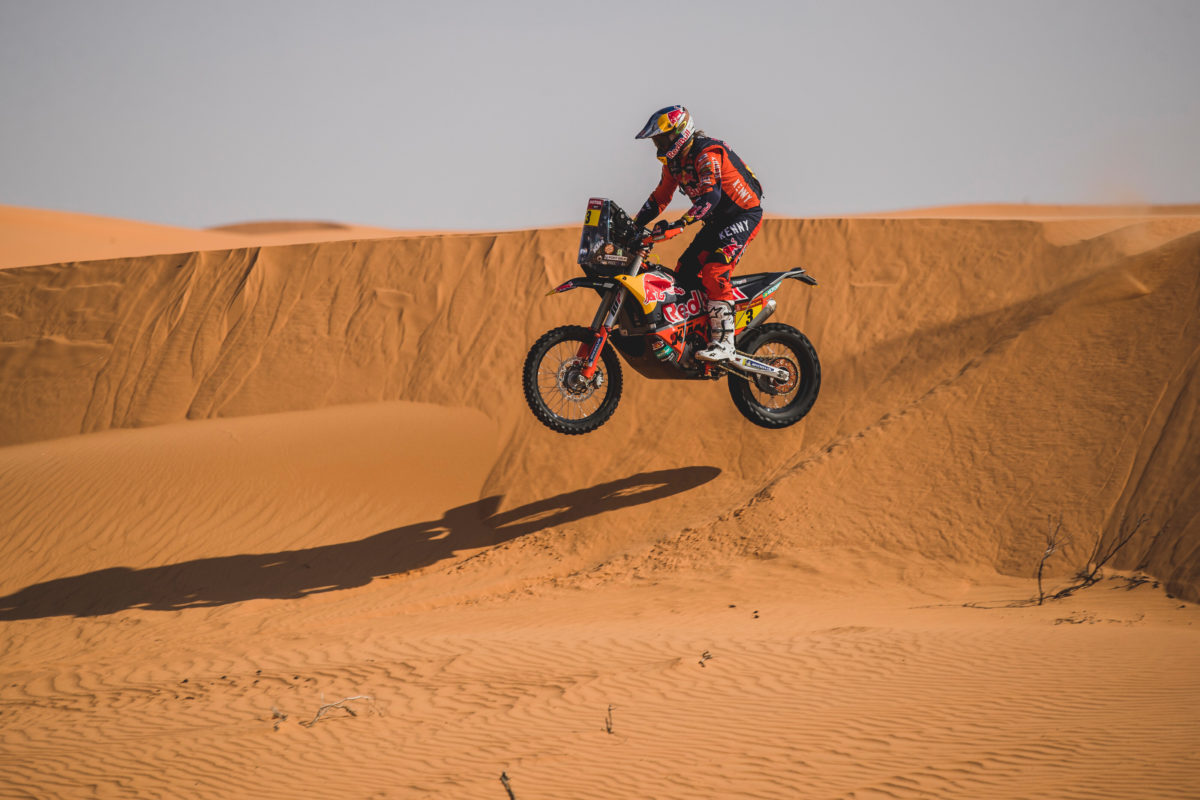 Toby Price will take the event lead into Dakar’s rest day while it was Joan Barreda Bort who won Stage 6 in the Bikes.

From 3:43s behind in fourth position after Stage 5, Price now tops the general classification by 2:16s despite only setting the seventh-fastest time on the shortened, 347km special between Al Qaisumah and Ha’il.

That does, however, afford the Red Bull KTM rider something of a road order advantage when action resumes on Sunday.

Next-best in the event standings are Monster Energy Honda team-mates Kevin Benavides and Jose Ignacio Cornejo Florimo ‘Nacho’ Cornejo, the latter of whom is 2:57s off the pace.

While Barreda Bort (Monster Energy Honda) now has three stage wins to his name, he is back in seventh overall, 6:25s from the lead.

Price, who won the first and third stages of the rally, was among the fastest starters on the sixth and led at Kilometre 158 but drifted to 3:54s slower than Barreda Bort at the finish line.

It was the Spaniard who was quickest at every other waypoint, and only 10 seconds behind Price when he was not, although he only pipped Ross Branch (Monster Energy Yamaha) by 13 seconds in the end.

Benavides opened the road and steadily ceded time such that he was 9:53s slower than team-mate Barreda Bort in total.

In ending the day third in the general classification, Cornejo maintained position, although the man who set the 11th-fastest time of the day now has Branch just 44 seconds behind in the overall rankings.

Branch has an identical time to Xavier de Soultrait (HT Rally Raid Husqvarna), who was another that lost a chunk of time and slipped back from second overall after Stage 5.

Rookie Daniel Sanders, on the other hand, continued his steady rise with the third-fastest stage time, and the KTM Factory Team rider is now 12th overall, 18:01s behind compatriot Price.

While Saturday is a rest day, Sunday’s journey from Ha’il to Sakaka is a marathon stage, meaning no assistance from support vehicles.