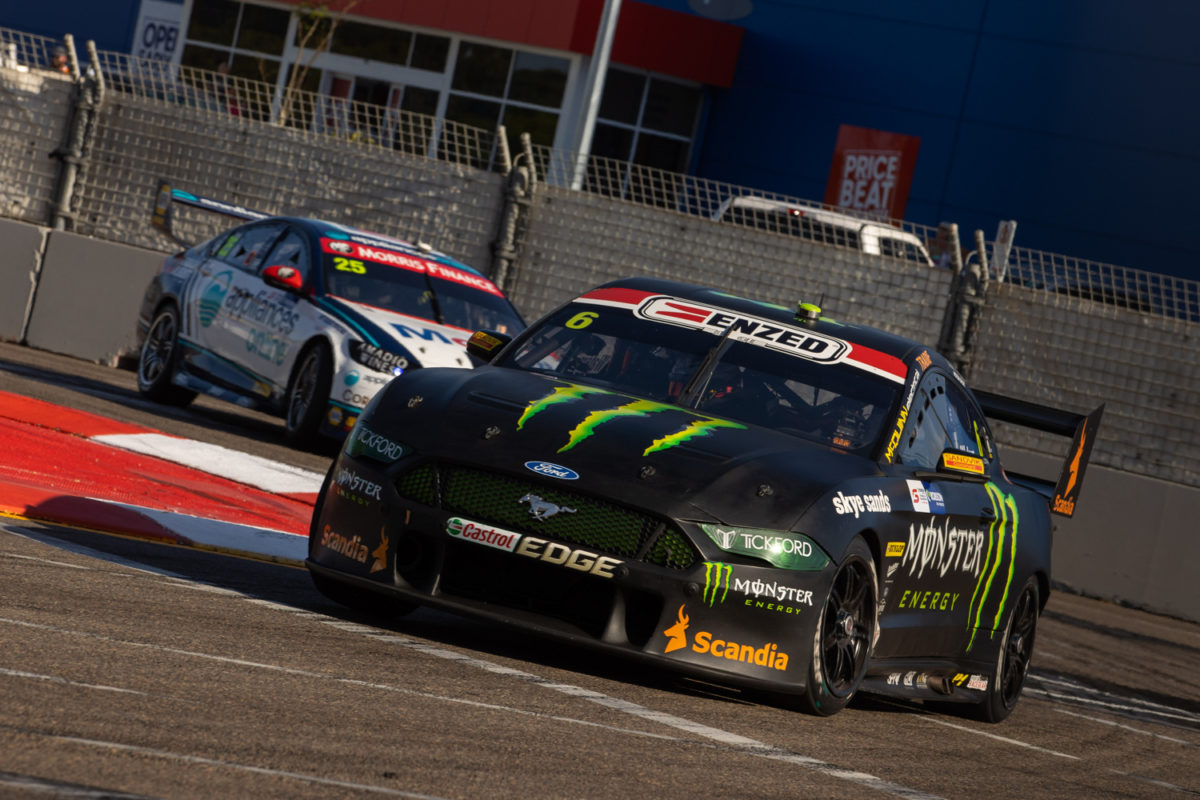 Greg Murphy believes Chaz Mostert’s departure from Tickford Racing was key in the progress last year of Cameron Waters, who he rates a serious contender for the 2021 Supercars Championship.

Waters ultimately finished behind only Scott McLaughlin in the most recent title race, which he finished with four straight podium finishes and a stunning Top 10 Shootout lap to qualify on pole at the Bathurst 1000.

That run included the 26-year-old’s first solo race win, in the preceding encounter at The Bend, to double his career tally after winning the 2017 Sandown 500 with Richie Stanaway.

His previous best championship result was seventh in 2019, when then team-mate Mostert wound up fifth, in a season which saw an on-track clash between the two at Pukekohe, followed next event by yet another at Mount Panorama.

According to Murphy, who was speaking in tomorrow morning’s episode of the KTM Summer Grill, the 2014 Bathurst 1000 winner’s exit from Campbellfield gave Waters a chance to shine.

CLICK HERE TO watch Episode 21 of the KTM Summer Grill

“I think the key was Chaz Mostert leaving,” said the four-time Bathurst 1000 winner.

“It’s given him the opportunity to actually lead, and find his space.

“He was probably operating a little bit just under the shadow – because Chaz, we know how bloody good he is – and I think that might have just been holding him back ever so slightly.

“There were obviously [also] the run-ins they had in 2019, those kinds of things.

“But, I think Cam’s super exciting, I think he’s really come out of his shell in 2020, and without question, I think he’s got full potential to be a champion and start to regularly get those race wins.

Waters will count Jack Le Brocq and James Courtney as team-mates at a three-car Tickford operation in 2021.

WAU retains its line-up of Mostert and Bryce Fullwood, the former of whom last year delivered the Clayton outfit’s first pole since 2016, while the latter grabbed a podium in his rookie season.

Murphy was speaking in the final episode of the 2020/21 KTM Summer Grill, in which the team discusses who might become Supercars’ new star following McLaughlin’s move to IndyCar.

CLICK HERE to watch Episode 21 of the KTM Summer Grill