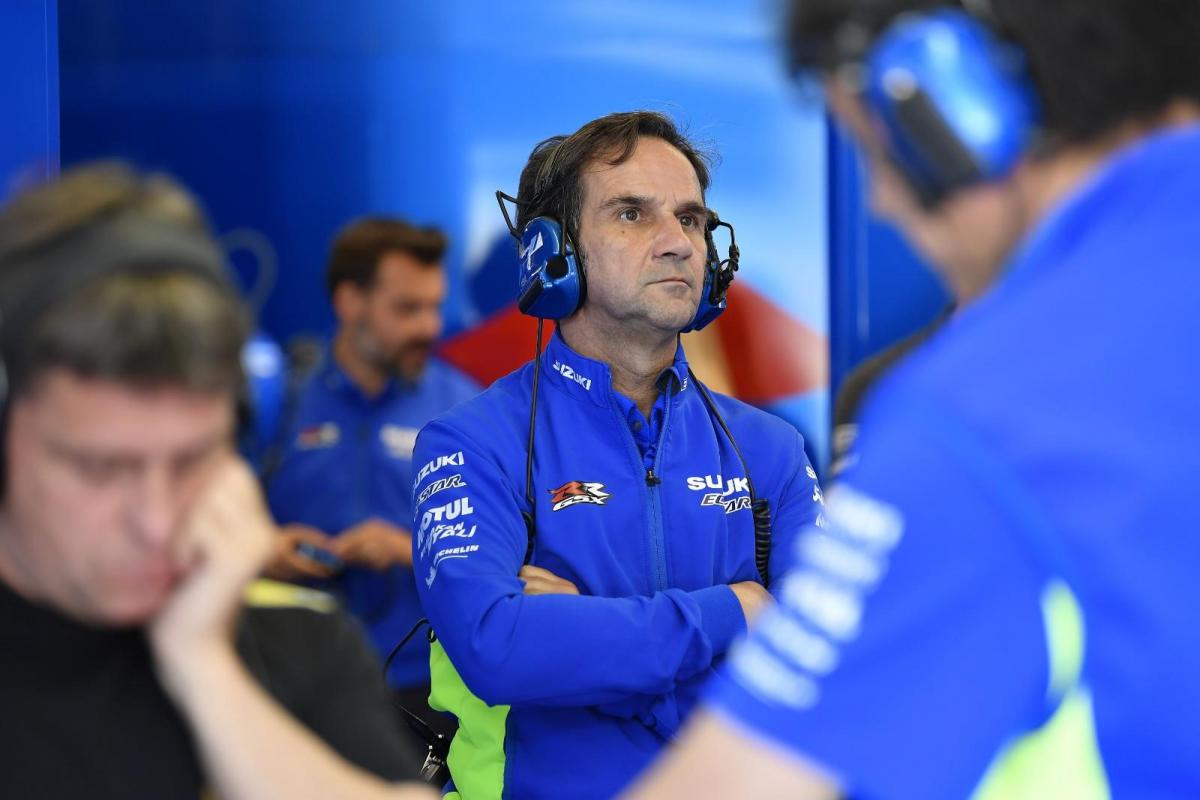 Suzuki has confirmed the exit of its MotoGP team boss, Davide Brivio, who is reportedly on his way to Renault’s new-look Alpine Formula 1 team.

Brivio has been Team manager at Suzuki Ecstar since before the Japanese marque’s return to the top level of motorcycle racing in the final round of 2014.

He eventually guided the team to the world championship for the first time in 20 years, which Joan Mir sealed less than two months ago.

While his destination has not yet been formally announced, British outlet Autosport has tipped that the Italian will take up a senior role at the Alpine F1 Team.

“After eight years at the helm of Team Suzuki Ecstar in the role of Team Manager, Davide Brivio and Suzuki have announced an end to their collaboration,” read a statement from Suzuki.

“The Italian has been present in the MotoGP World Championship paddock for more than 20 years and has been involved with Suzuki since 2013.

“He held the position of Team Manager when Suzuki embarked on their new MotoGP project and has remained in place throughout their rise to success, which was this year topped-off by the incredible World Championship crown achieved by Joan Mir, and the Teams’ Championship title for Team Suzuki Ecstar.

“Brivio is pleased with the milestones achieved with Suzuki but now wishes to pursue new challenges in his professional and personal life, away from MotoGP.

“Team Suzuki Ecstar appreciate the work done by Davide Brivio, and the excellent goals achieved together.

“The Suzuki squad now look to the future with sights set high for the 2021 season.”

Brivio was quoted in that announcement, but did not shed any light himself on where he is said to be off to.

“A new professional challenge and opportunity suddenly came to me and in the end, I decided to take it,” he explained.

“It has been a difficult decision. The hardest part will be to leave this fabulous group of people, whom I started this project with when Suzuki rejoined the Championship.

“And it’s hard to say goodbye also to all the people who have arrived over the years to create this great Team.

“I feel sad from this point of view, but at the same time, I feel a lot of motivation for this new challenge – which was the key when I had to decide between renewing my contract with Suzuki or starting a completely new experience.”

The Renault F1 Team has been renamed after the French manufacturer’s sportscar subsidiary, Alpine, effective this year.

That change has been made after a restructure in the group’s automotive operations which has seen existing Renault Team Principal Cyril Abiteboul put in charge of Alpine.

Brivio’s apparent recruitment suggests a restructure of the Formula 1 squad’s hierarchy which would relieve Abiteboul of having to work on two roles.

However, it also leaves Suzuki having to find a new boss for its MotoGP team.

Brivio also expressed his appreciation for the Hamamatsu manufacturer after their shared success in the two-wheel arena.

“Achieving a MotoGP title is something that will remain in the Suzuki history books and it will always have a special place in my life memories,” he said.

“I would like to deeply thank all the Suzuki management for their trust and confidence in me, which they had since the beginning.

“I would like to thank every single member of our MotoGP group in Japan and at the track, all the Suzuki network, and of course all the riders who rode for the Team in this period, especially Joan and Alex [Rins] who did a great 2020 season.

“Joan becoming World Champion was a dream come true for me and for all the people who worked hard and accompanied me on this magnificent journey.

“I wish the best to Team Suzuki MotoGP, I hope that the results in the future will be better and better and I will always be a Suzuki fan. Thanks very much Suzuki!”

Alpine will field Fernando Alonso and Esteban Ocon this year, while Suzuki retains both Mir and Rins.