Price nominates Stage 5 as toughest yet

Price nominates Stage 5 as toughest yet 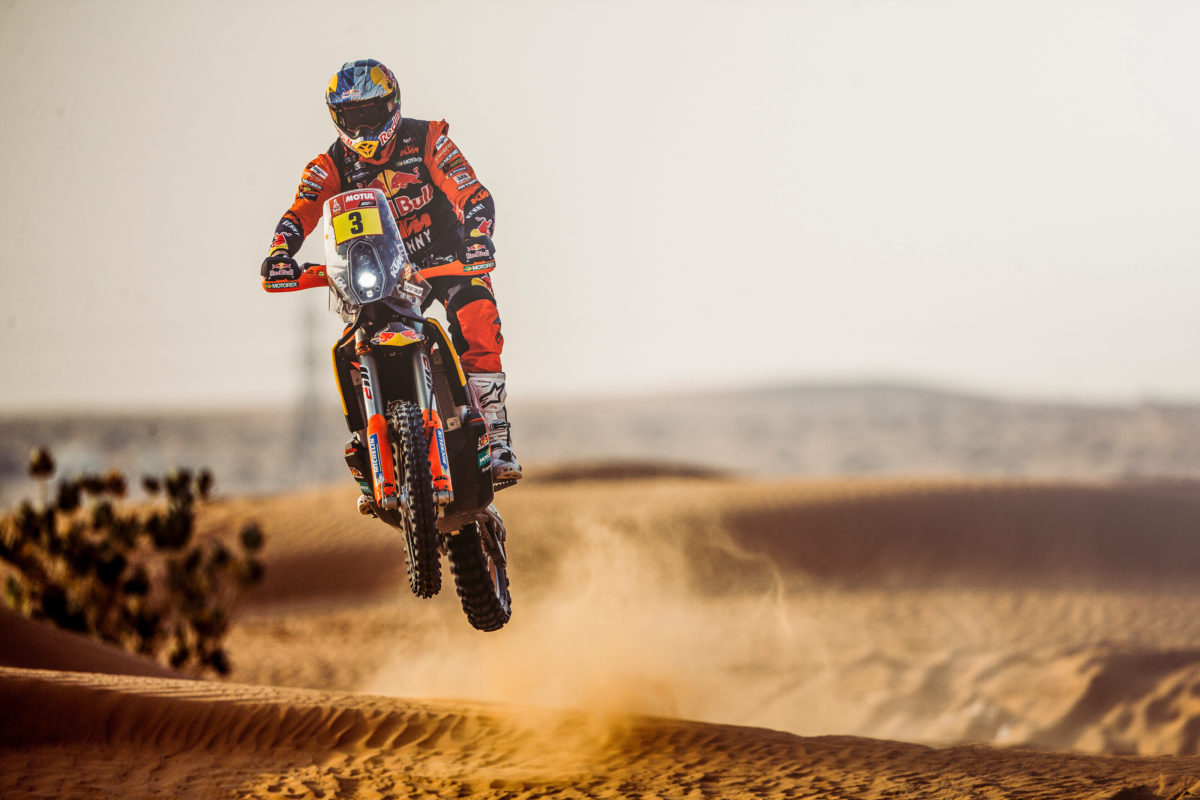 Toby Price has affirmed predictions that Stage 5 of Dakar 2021 would be the toughest so far after closing to within four minutes of the overall lead.

The Red Bull KTM rider was as far as 13:35s off the stage pace at one point on the sand-heavy 456km special between Riyadh and Al Qaisumah.

However, a strong finish saw him lose only 1:20s to the new event leader, Kevin Benavides.

“We thought the first few stages were tricky, this one was another couple of levels worse.

“I made a few mistakes early on and the guys ahead got away a little bit, but overall I tried to manage the pace of the whole special and make sure I got through with no issues.

“That’s day five done, day six is looking pretty tough too, but then it’s on to the rest day.”

“I really enjoyed it today, even though it was really, really tiring by the end,” said the rookie.

“I lost a fair amount of time first thing, but then we hit the dunes and I just checked out a little bit and opened it up.

“It was great jumping off the top of the dunes, and I think I made up some time there too, so that helped.

“I knew the guys behind would be pushing hard too, so I just tried to keep a really strong pace.

“It was good fun but physical – I’m glad to get to the end of a really tough day.”

The start of today’s sixth stage has been pushed back, with the special shortened by around 100km.