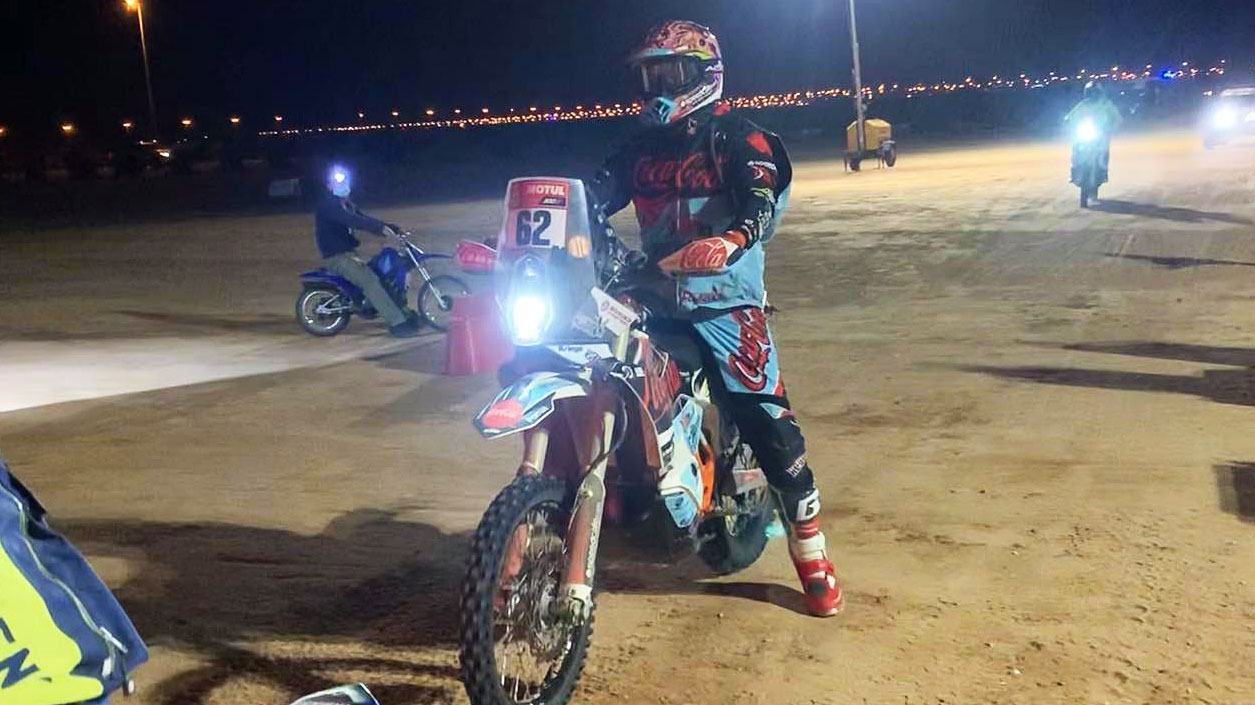 With the help of a little rain and some very smart decisions, Houlihan has had an exceptionally good day in what organisers said would be the toughest stage of the rally, rising to 63rd overall.

That was a long and gruelling stage today!

I got back into the bivouac about 7:50pm. I’d been in the saddle for over 13 hours, and I was cold and hungry.

After a Coca-Cola and a huge bowl of pasta I think I came good.

There was a light shower of rain near the beginning of the special and many of the riders became lost.

I came over a dune and saw a lot of bikes and quads buzzing around in all directions. I stopped to size things up and thought ‘none of these guys have got it right so I’m not following them!’

It worked, I picked up about 20 places today and at one time I was placed 28th in the stage.

Later on in the stage, I saw my mate Michael Burgess ahead of me so I chased him down. Michael got a glimpse of me and then he just turned up the pace across the rocks. I let him go, I wasn’t going to take that much risk.

Some sad news though. My Indian riding buddy, Ashish [Raorane], who rode with the Nomadas team a while ago, came off today and had to be taken to hospital.

The dunes today were huge and there were lots of them, and just when you thought they were over – no they weren’t! It was relentless.

I reckon there might be a few riders that won’t get through the stage tonight.

Even though it was long and extremely exhausting, it was a great day. I had no offs, no penalties and no bike issues.