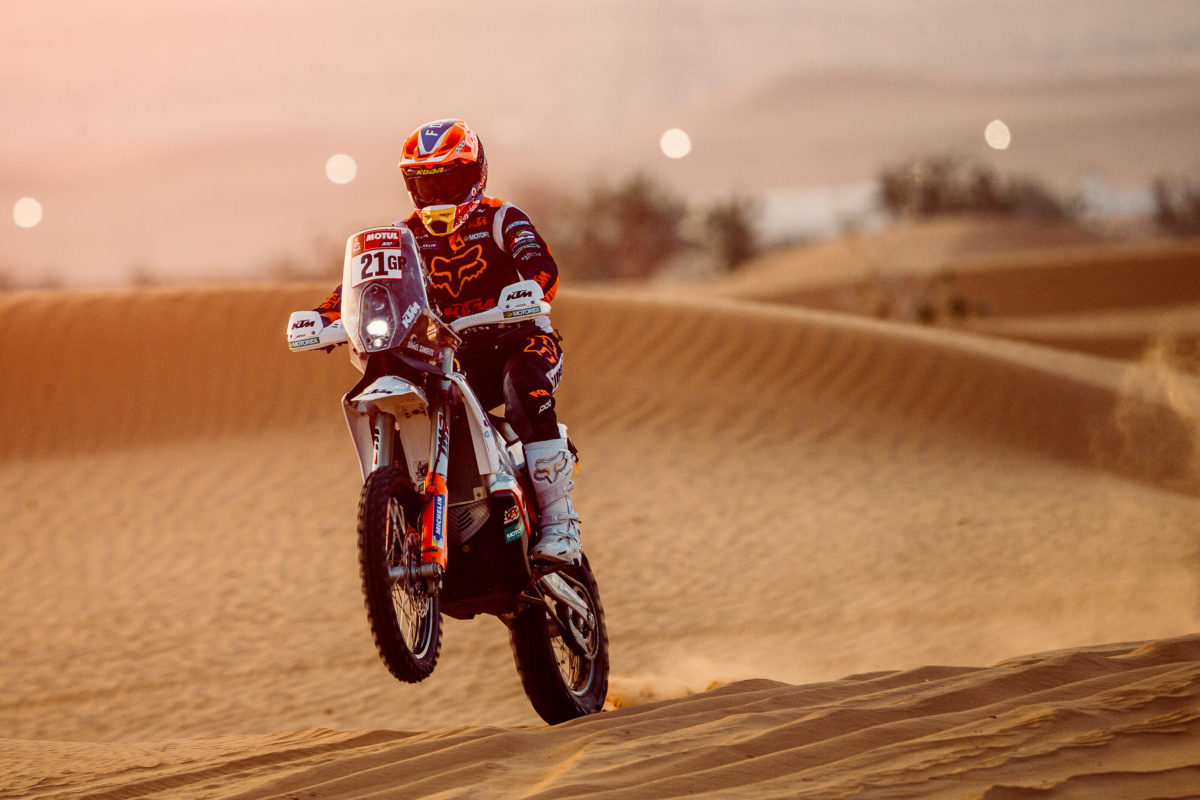 Dakar organisers have made the decision to shorten Stage 6 and delay the start by 90 minutes.

The move has been made in order to bunch competitors back up after some late finishes in Stage 5.

Tonight’s running, between Al Qaisumah and Ha’il, was to have been a 448km special after the route was revised just days out from the event, but has now had around 100km cut from it.

“Due to the difficulties encountered in finishing stage 5 by a significant number of competitors, the decision has been taken to delay the departure of the riders and crews from the bivouac in Al Qaisumah by 1 hour 30 minutes,” read an announcement from organisers.

“The route of the special on stage 6 has therefore been shortened by one hundred kilometres in order to make the programme less tough.

“However, the competitors will still have to tackle sand and dunes. Though navigational skills will again play a decisive role in the outcome of this special, the riders’ and drivers’ physical capacities will also be sorely tested, demanding a considerable effort from them.

“After that, they will fully deserve the rest day that will take place in Ha’il.”

Kevin Benavides is set to lead the field out this evening at 17:35 AEDT.

The Monster Energy Honda rider moved into top spot in the Bikes despite a spill in which he broke his nose, while Red Bull KTM’s Toby Price is less than four minutes behind.

Stephane Peterhansel (X-Raid Mini JCW) holds sway in the Cars while, not unexpectedly, a Kamaz driver is in charge in Trucks, namely Dmitry Sotnikov.