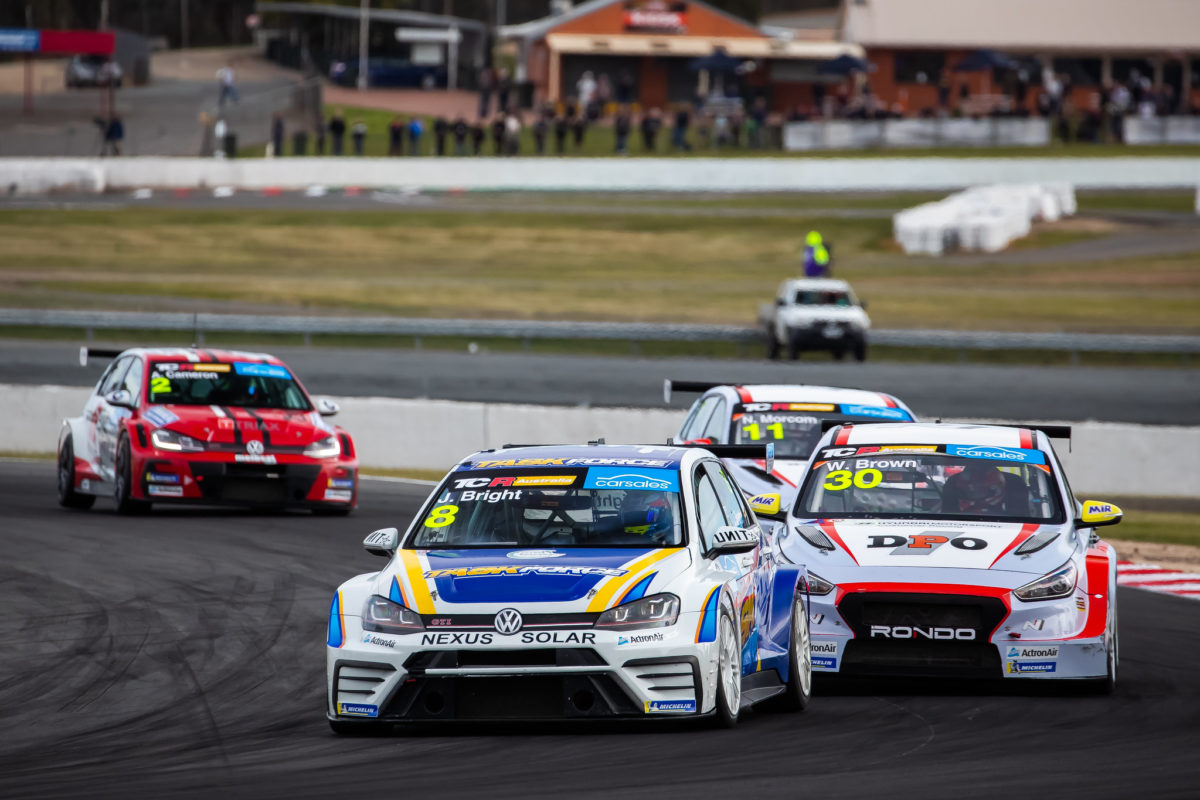 TCR Australia at Winton in 2019

Work is afoot for Boost Mobile Race Tasmania to proceed this month with a travel bubble for Sydney-based personnel while Winton has emerged as a fallback option, Speedcafe.com has learned.

Race Tasmania is set to begin, as it stands, with an event at Symmons Plains on January 24-26 which would see the season-openers for TCR Australia, the S5000 Australian Drivers’ Championship, and Touring Car Masters.

The initiative has been complicated, however, by the COVID-19 outbreak on Sydney’s Northern Beaches which ultimately led to the cancellation of the 2020 Sydney Hobart Yacht Race.

That was due to Tasmania closing its border to anyone from the Northern Beaches and imposing quarantine upon arrivals from the rest of Greater Sydney and Wollongong, a situation which persists to the present time.

While a final decision may not come until tomorrow, it is believed that a travel bubble system akin to that employed recently by the Big Bash League is being seriously looked at as a solution to the Sydney issue.

New South Wales-based team members, who would then not have to quarantine, are understood to have been asked to provide information to organisers in order to put the plan together with the Tasmanian Government.

Multiple sources have also named Winton as a back-up plan if taking the Australian Racing Group roadshow off the mainland is deemed too difficult, despite Victoria being closed to all of New South Wales rather than little more than Sydney only.

Race Tasmania is comprised of a pair of events, one each at the top and bottom of the state, with Hobart’s Baskerville Raceway to play host on January 29-31.

Promoter and ARG shareholder Barry Rogers has maintained his confidence that the two meetings will go ahead since the emergence of the problematic Sydney cluster.