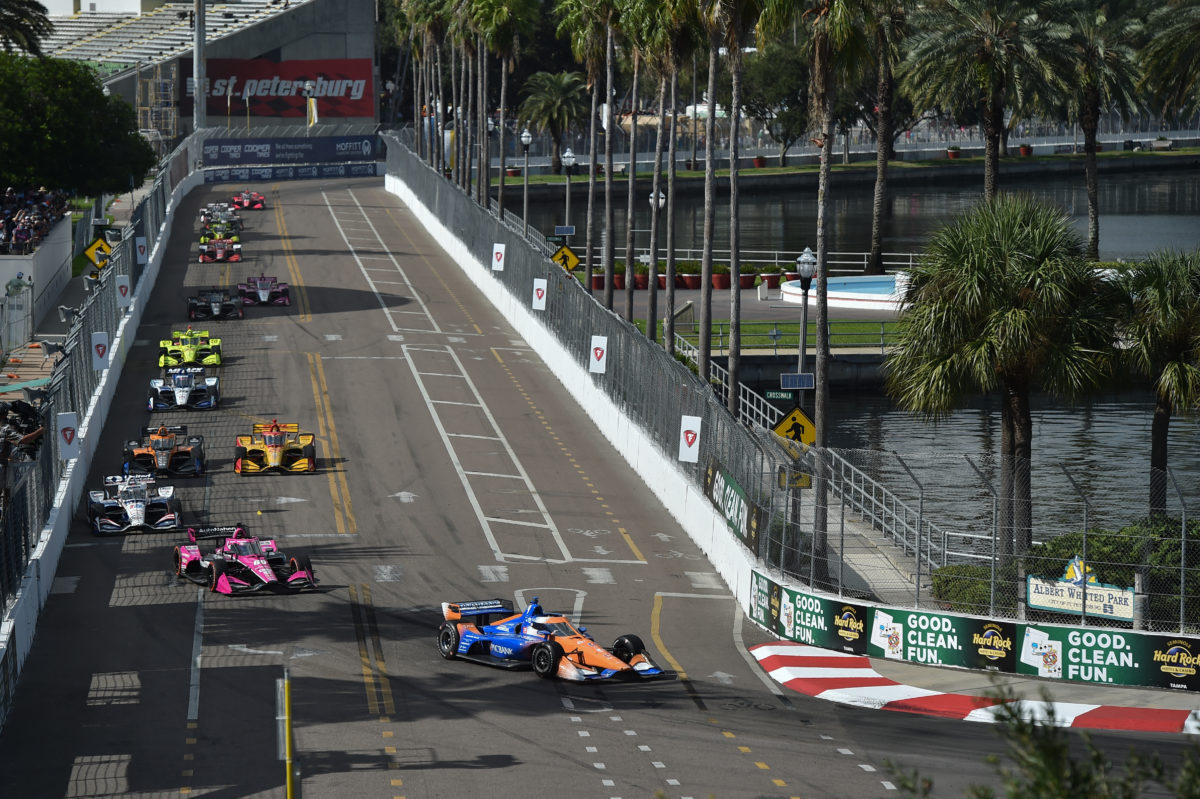 St Petersburg has been moved from its customary position as IndyCar season-opener for the second year in a row due to the effects of the COVID-19 pandemic.

The Florida street circuit had been set to play host to IndyCar on the first weekend of March, but has been shifted back to the weekend of Sunday, April 25.

Barber Motorsports Park becomes the new venue for the first race of the season, given it retains its April 11 slot.

“It’s not surprising that an event of this magnitude, scheduled for the first week of March, is still subject to the implications of the pandemic,” said Penske Entertainment Corp. President/CEO Mark Miles.

“We’re delighted we were able to work with Mayor Rick Kriseman’s administration and Green Savoree Racing Promotions to find a more suitable date, which helps consolidate the beginning of our schedule and allows us to stay on NBC network television.”

Promoter Kim Green added, “We appreciate the officials at IndyCar for their support in setting a new date for the Firestone Grand Prix of St Petersburg, and also to Mayor Kriseman and his team at the City of St Petersburg for identifying a time when it will be conducive for more fans to attend.”

The change is the second to the 2021 IndyCar calendar in as many months after Long Beach was moved from April 18 to a September 26 date, also due to the pandemic.

With that shift, Scott McLaughlin would not be able to drive for Dick Johnson Racing at the Bathurst 1000, assuming its October 7-10 date and current quarantine requirements still apply at that time.