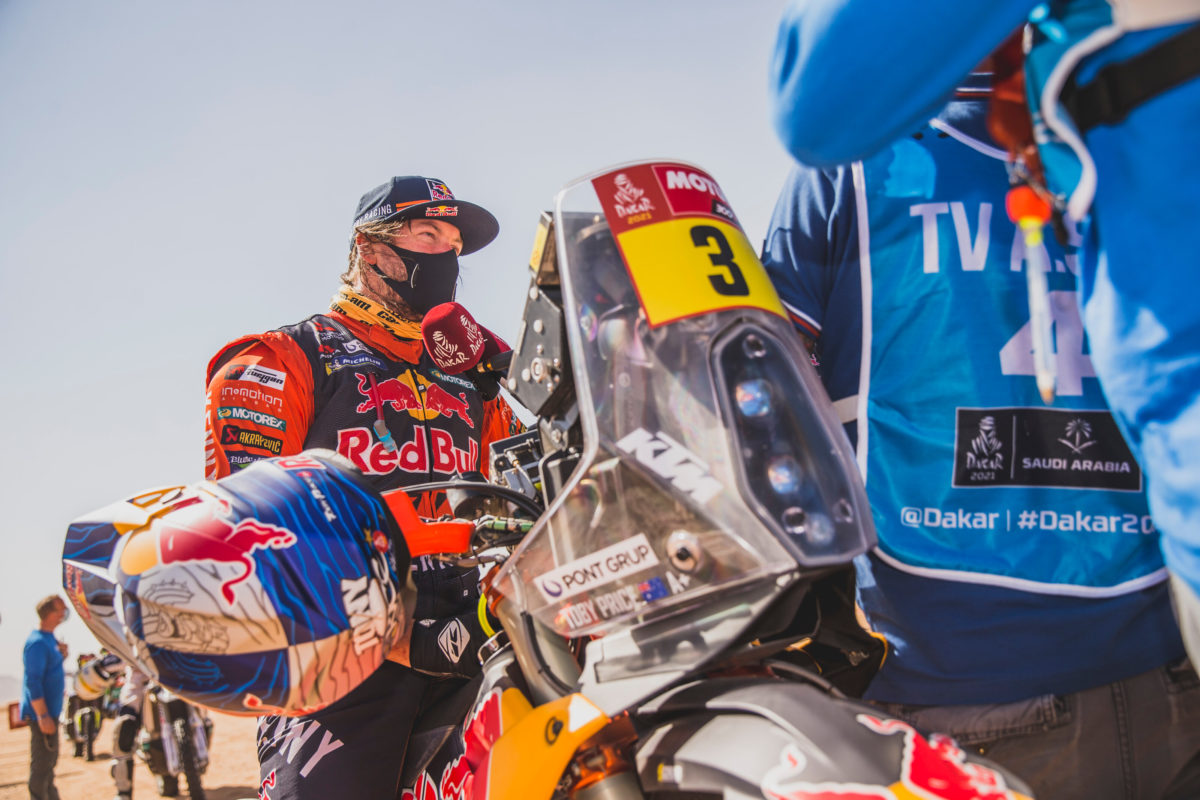 Dakar organisers have admitted that fuel contamination affected Stage 2 of the event, an issue which resulted in problems for Toby Price and the retirement of a factory Yamaha.

While Price has won two of the three stages held thus far, his struggle as the road opener in between was exacerbated by what was initially thought to be a fuel pump issue.

KTM has confirmed that it found water in the Australian’s rear tank, reports Spanish sports daily Marca, which forced him into conservation mode in the back end of the stage.

Today was difficult to lead out, the first 100km felt good but by 300km mark I started to have an issue with the rear tank and the fuel wasn’t working, I had to conserve running only the front tanks. Tough one but we’ll work on the bike this arvo, still a long way to go! 💪 pic.twitter.com/kKuDsXrYNt

Yamaha has similarly advised that it found two litres of water in Andrew Short’s tanks, with his bike cutting out just seven kilometres after a fuel stop on that special.

The squad stated that team-mate Franco Caimi was also affected, although less so, and he made the stage finish.

“Yesterday we had a small problem with a supply,” admitted event director David Castera.

“It seems that there was water in the tank. It is a huge tank of 30,000 litres. I do not understand because we have a very well [defined] procedure, and yet this has happened.

“Everything has been complicated a little by the retirement of Andrew Short, who did not know what was happening with his bike.

“If you take out the water, your bike works and you [rejoin] the race. His engine didn’t break down, it just stopped. Others have had water but in such small quantities that it hasn’t affected the behaviour of the bike.

“We are looking at changing the procedure of the gasoline system so that it doesn’t happen anymore.”

With Short counted as a retirement, Yamaha requested that the results be backdated to the waypoint in question and their rider therefore allowed him to resume the event, but that was refused.

Price leapt from 17:39s off the overall pace to within two minutes of the lead with his victory on Stage 3.