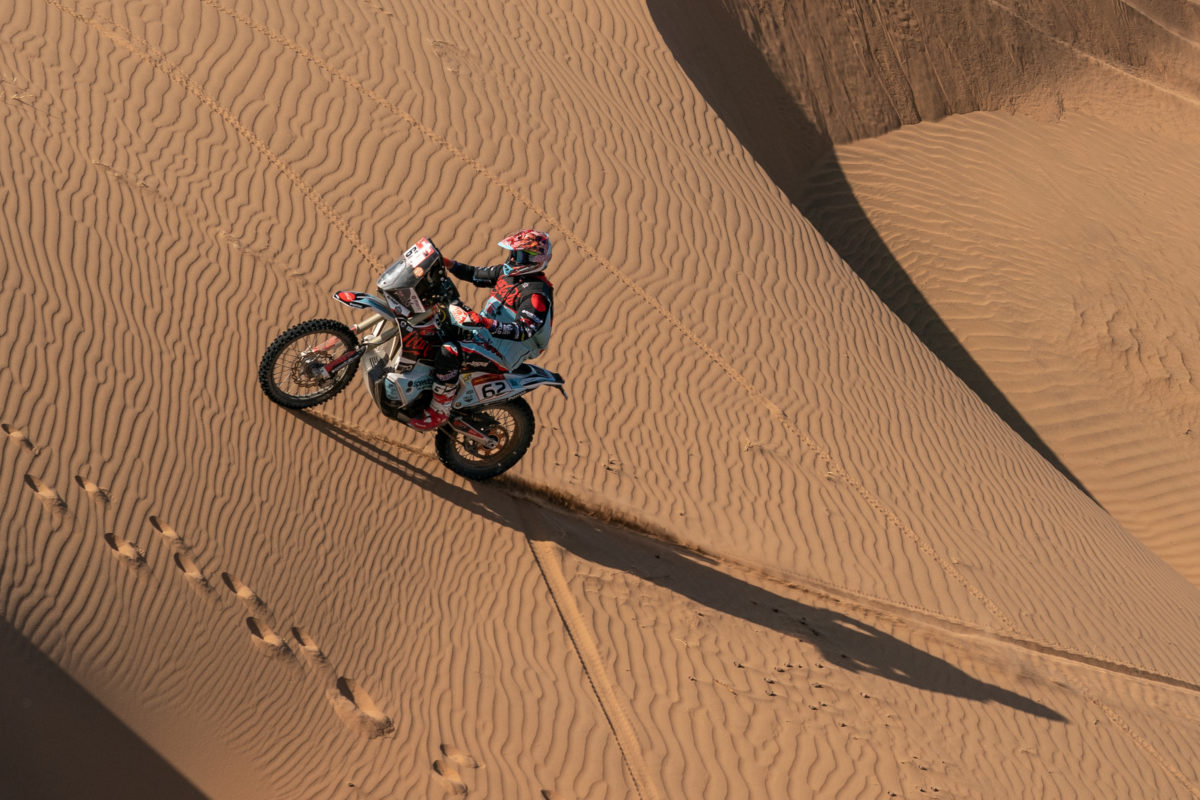 Houlihan was able to ride with his Coca-Cola Nomadas Adventure team-mate Pablo Guillen for some of the day, and despite some minor setbacks he has held on to 69th place overall.

The dunes were much more enjoyable to ride and negotiate than yesterday’s, except for the first huge one.

I collected a spray of sand from the rider in front of me, lost momentum and got bogged on it. To get out I had to pull the bike 20m down the sand, one wheel at a time.

The workout sucked the energy out of me and it took a while to recover. My team-mate Pablo was waiting at the top to make sure I was OK.

I also had a small off at about 320km into the special. I was in a rocky section and there was a sharp 40cm step that kicked the back of the bike up.

Even though it was at low speed, the impact was enough to activate the airbag vest and the air canister had to be replaced at the next checkpoint.

And I missed another waypoint. I spent 15 minutes returning and trying to find it, but had to give up so I’ll get another penalty.

Thinking about it later, I probably would have been better to just to continue and take the penalty than waste the 15 minutes as well, but you don’t know that at the time.

Pablo missed one today too, so he has a 20-minute penalty coming as well.

The car drivers continue to not give us warning on their approach. I had another car coming back at me today, he must have missed a waypoint and was hurrying back for it so you really have to be watching out for them.

And then there was a sandstorm in the desert!

All up an interesting day and a pretty good run.

I think I’m still running 69th overall, and there’s a long way to go yet.