Price not fazed by big time loss on Stage 2

Price not fazed by big time loss on Stage 2 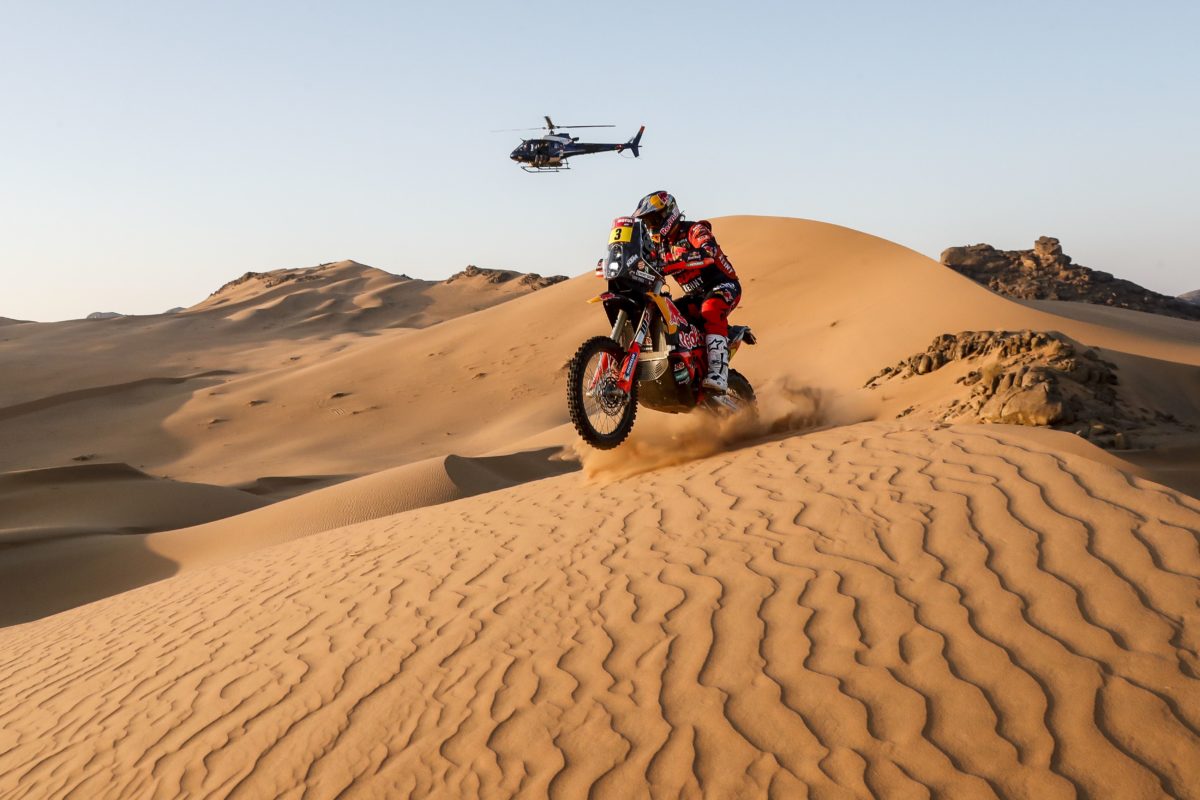 Toby Price is not fazed despite losing his Dakar lead after dropping over half an hour on Stage 2 of the event.

Price was first away for the 685km run from Bisha to Wadi Ad-Dawasir, which included a 457km special, and lost time throughout the stage.

The Red Bull KTM rider was exactly 32 minutes slower on the day than stage winner Joan Barreda Bort, the new event leader, and is now 17:39s off the overall pace in 15th position.

As well as the difficulty he experienced in the dunes, Price revealed after the conclusion of proceedings that he was also hamstrung by a fuel issue which left him in a conservation mode with only front tanks available.

Having predicted “some big swings in the standings” after taking out the opening stage, the two-time Dakar champion said that his struggles were not a surprise.

“Overall, I’m happy with how my day has gone,” declared Price.

“It was always going to be difficult to lead out, but I think that’s going to be the case every day this year.

“The first 100km went well, then Kevin [Benavides] caught up and I rode about 150km behind him until he made a mistake, and I took over the lead again.

“In the later part of the special, I had a small issue with the fuelling on the bike, which meant I had to ease off a little, but thankfully didn’t lose too much more time.

“We got caught today by the guys behind, but that was to be expected. Hopefully I can make some of that back again tomorrow in the dunes.”

On a tough day all-round for the KTM factory squad, Australian rookie Daniel Sanders was its leading rider.

He got all the way to the Kilometre 351 waypoint with the second fastest stage time, 3:23s behind Honda’s Barreda Bort, before making a navigational error.

Sanders ended up ninth for the stage at 16:31s off the pace but edged up to 18th in the general classification, in which he is 21:11s away from Barreda Bort.

“Today started off really well for me, it was a fast stage and difficult to make up time on the guys ahead, but I was riding well and felt comfortable enough to push,” said the Australian Off Road Champion.

“Unfortunately, towards the end of the stage, I missed a note in the roadbook and ended up losing over 10 minutes. It’s frustrating, but all part of the learning process.

“I’ve got a good start position for tomorrow, so I’ll give it my best again and try and close down on the leaders.”