Price back in the hunt after winning Stage 3

Price back in the hunt after winning Stage 3 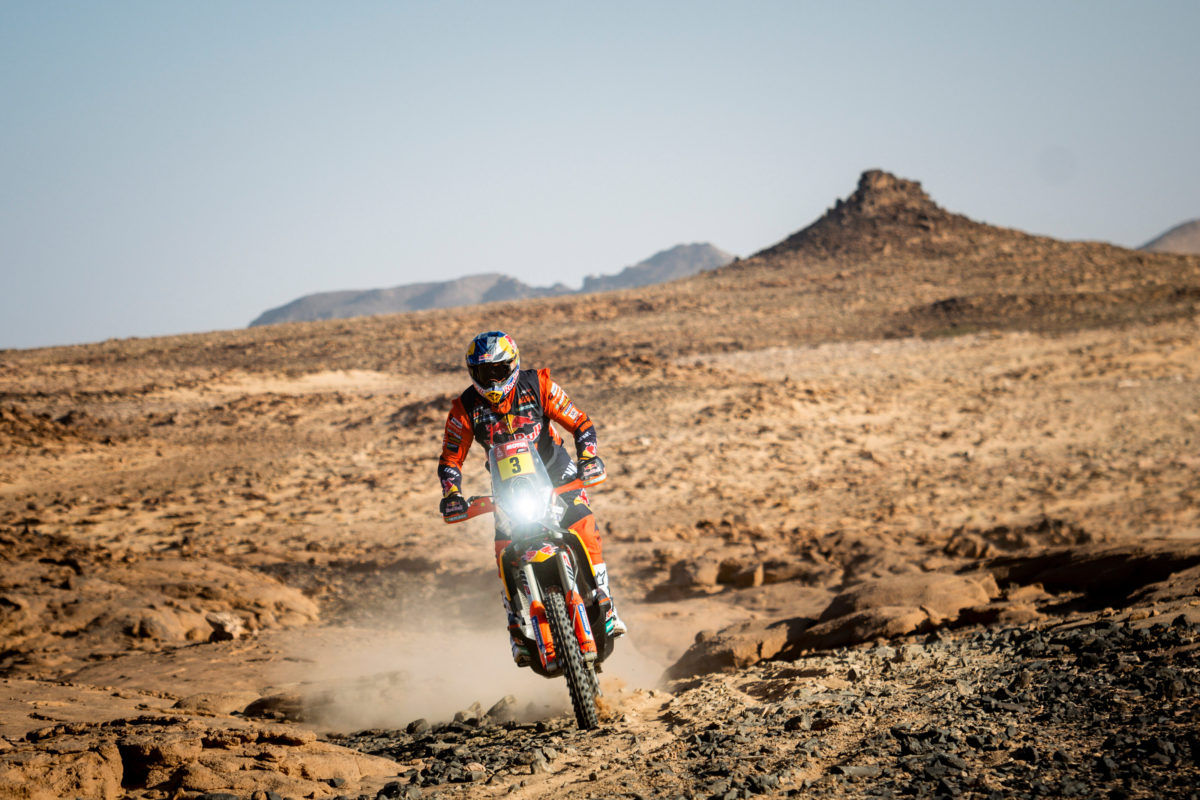 Toby Price has charged back to within a minute of the overall Dakar lead, which is now held by non-factory KTM rider Skyler Howes, by taking out Stage 3.

After a day when Price plummeted to 17:39s off the lead as the Hondas dominated, the pendulum swung wildly back in the other direction as the Australian won the special by 3:16s.

While it was Monster Energy Honda’s Kevin Benavides who was best of the rest on the 629km loop around Wadi Ad-Dawasir, his team-mates Joan Barreda Bort and Ricky Brabec fell from first and second to eighth and 13th respectively in the general classification.

As has been the case thus far, the riders starting later in the morning profited, with Benavides 24th to set off and leading to Kilometre 262 on the 403km special.

Price began five bikes behind in the road order and was no worse than one position or 66 seconds adrift of the Argentine at any waypoint before he moved into the stage lead.

The Red Bull KTM Factory rider was 45 seconds up on Benavides at the penultimate waypoint, before putting another 2:31s between them in the last 49km.

Howes was eighth overall at the start of the day but set the fourth-fastest stage time, 7:16s slower than Price’s, with de Soultrait sixth-quickest in the special.

The overall top five is rounded out by Benavides and another Red Bull KTM rider who made a big recovery in Sam Sunderland, while Monster Energy Yamaha’s Ross Branch slipped to sixth, at 6:14s off top spot in the general classification.

Barreda Bort dropped almost 10 minutes relative to Price in the first 43km alone and is now 8:02s off Howes’ overall lead, while Brabec trails his fellow American by 11:15s.

KTM Factory Team rookie Daniel Sanders crept up to 16th in the general classification but, more importantly, picked up more than five minutes relative to the overall lead and is now 15:46s off the pace.

Matthias Walkner (Red Bull KTM) finished third on the stage but is still over two hours behind in the event all told after a clutch problem a day earlier.

Stage 4 takes the field 813km to Riyadh, although with only a relatively short 337km special.