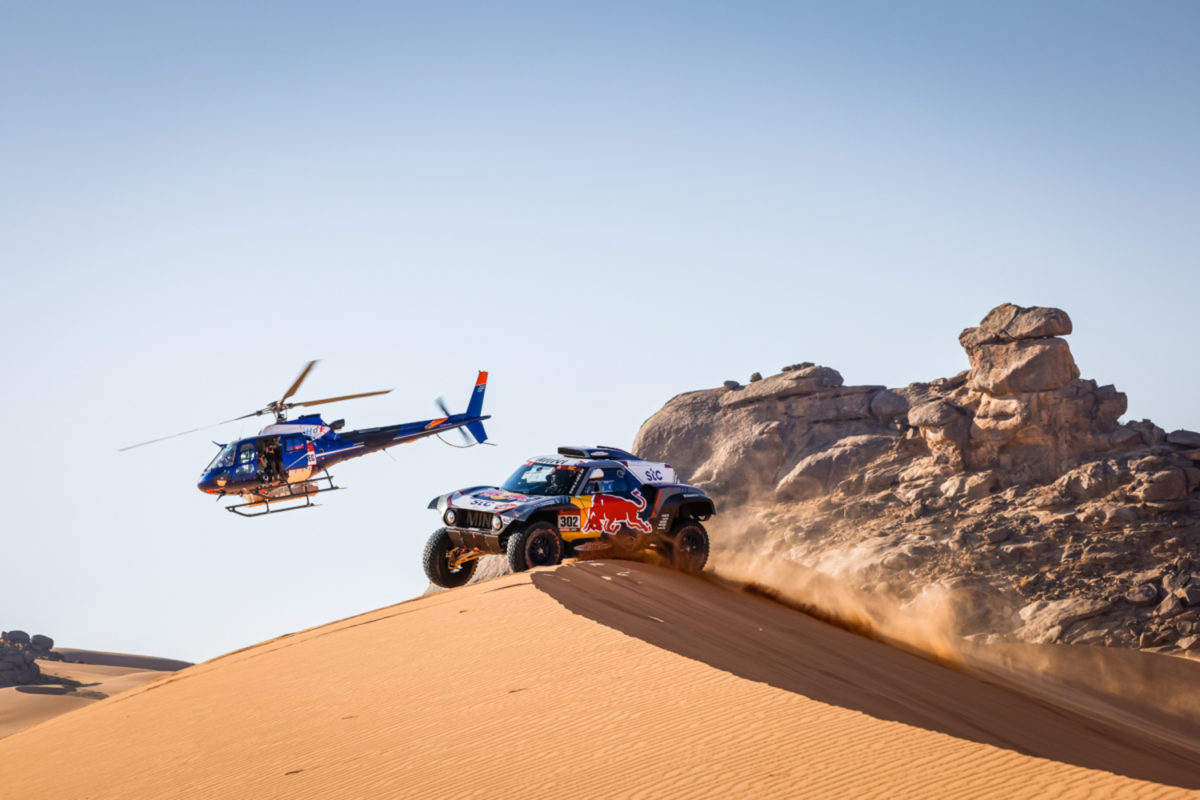 Carlos Sainz and team-mate Peterhansel led out on the 685km stage from Bisha to Wadi Ad-Dawasir by virtue of the previous day’s results, and it was the latter who established an early lead.

‘Mr Dakar’ set the pace all the way to Kilometre 293 but Al-Attiyah (Toyota Gazoo Racing Hilux) had kept within two minutes of the #302 Mini buggy’s time and subsequently took over the lead.

The Qatari stayed on top for the rest of the 457km special, stretching his margin over Peterhansel to 2:35s at the finish line.

Al-Attiyah had battled as the class road opener on Stage 1 but has now climbed to third in the general classification, 9:14s behind Peterhansel.

Splitting them is Sainz, who drifted from the top two over the course of the day and is now 6:37s off the overall pace.

“This morning there was a little, or rather a lot, of stress because it was the first dunes, but also the car was full of diesel which meant it was really heavy,” explained Peterhansel.

“So, the priority was not to get stuck.

“After that, I have to say that we navigated well – Edouard [Boulanger] did a really good job. We did perhaps one hundred metres too much, but not a lot compared with how difficult the stage was.

“I think that the guys from Toyota started very late this morning and probably they will be faster than us because we opened the road and did the navigation, so for the drivers behind it will be easier, for sure.”

Sebastien Loeb had copped three punctures in Stage 1 but improved his position from 17th to seventh with the sixth-fastest time on Stage 2 in his Bahrain Raid Xtreme BRX1.

The nine-time World Rally Champion is, however, 36:40s off the lead.

Kamaz’s Dmitry Sotnikov has extended his lead in the Trucks class to 17:14s with a second straight stage win.

In Quads, Alexandre Giroud (Team Giroud) continues to hold top spot, by 1:09s, after setting the third-fastest time of the day.

Francisco ‘Chaleco’ Lopez (South Racing Can-Am) has taken over first position in SSV, which also counts for the same classification in Lightweight Vehicles. 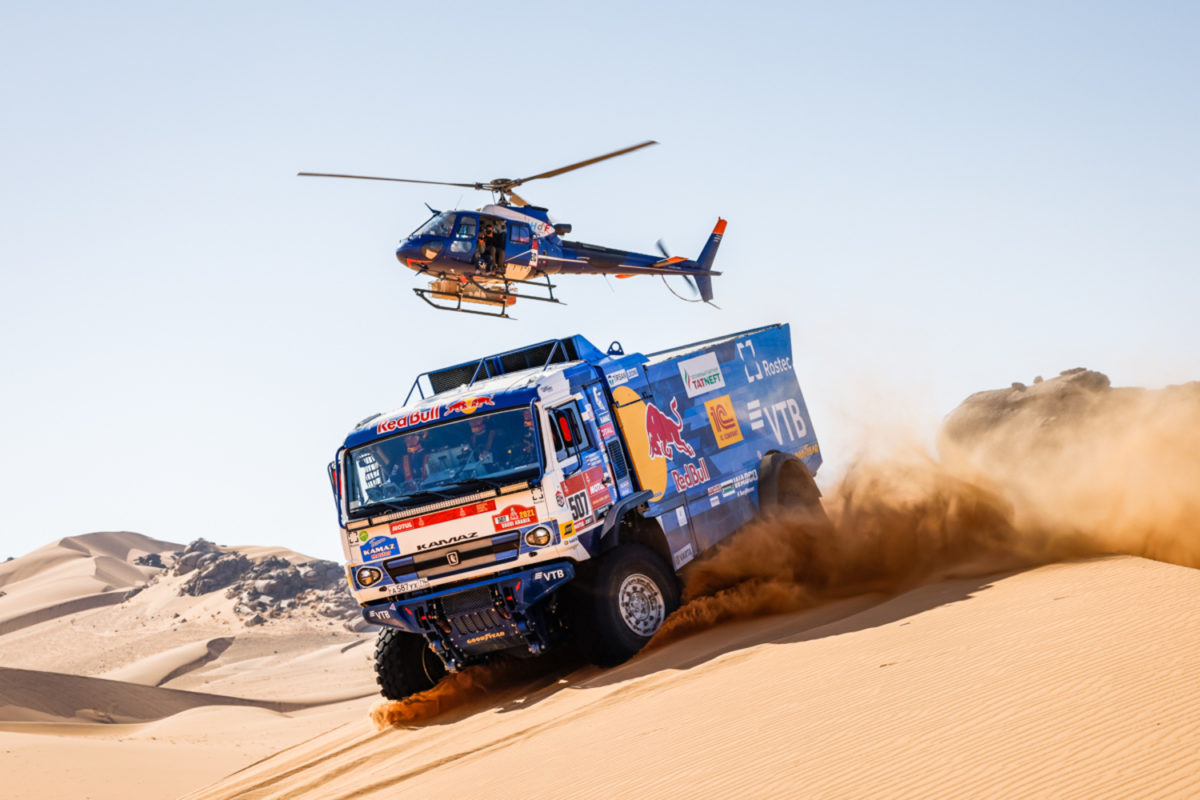