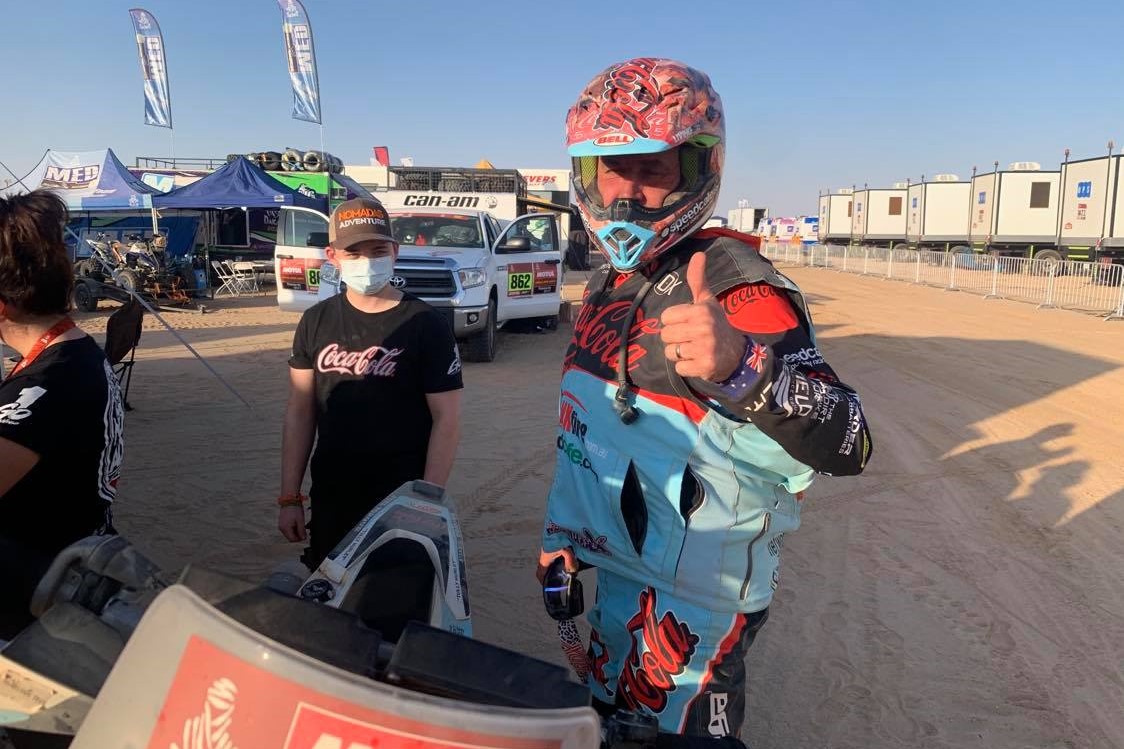 A smart and consistent ride today had Houlihan placed 67th at the end of the special stage, but he was given a five-minute penalty for missing a waypoint. Despite that, he still sits in 68th position outright.

We were straight into the dunes about five kilometres into the special; these ones were about 100 metres high. I got stuck twice on the top of a dune but I was able to push over them and only lost about 30 seconds on each.

The second lot of dunes later in the day were bigger but I seemed to glide over them without much trouble.

The sand was endless all through the special; if it wasn’t dunes, it was soft, spongy, flat sand that wouldn’t allow the bike to get over 140km/h.

Only about 10 cars and four trucks passed me all day but they sure left their mark; I have a nice bruise on my right arm from a rock!

I finished today in 67th but I missed a waypoint before CP3. I realised about a kilometre on and wanted to back track. It was a narrow track and officials said it was too dangerous as trucks were starting to come through.

“Do you want the time or death?” they said.

Thinking back to the crash in Hellas 2018 I decided taking on a truck was not worth the risk, so I’ll get a penalty for that.

But I’m here to finish, not break records or bones.

I got in about 4:30pm and felt remarkably fresh given the long day in the sand. The temperatures have been kind to us so far, minimums of 10° and highs of around 25°.

The bike didn’t miss a beat today and will start Stage 3 with some fresh tyres.

They tell us that tomorrow is the start of the BIG dunes! 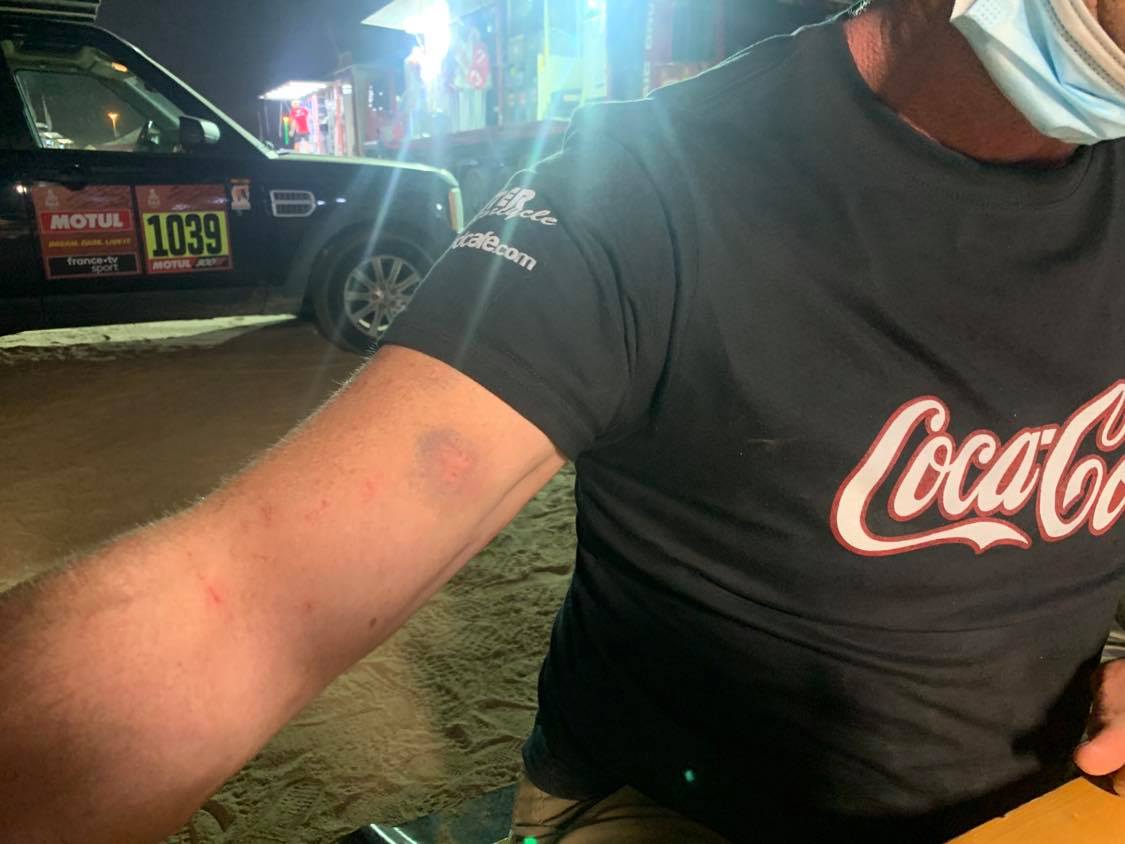