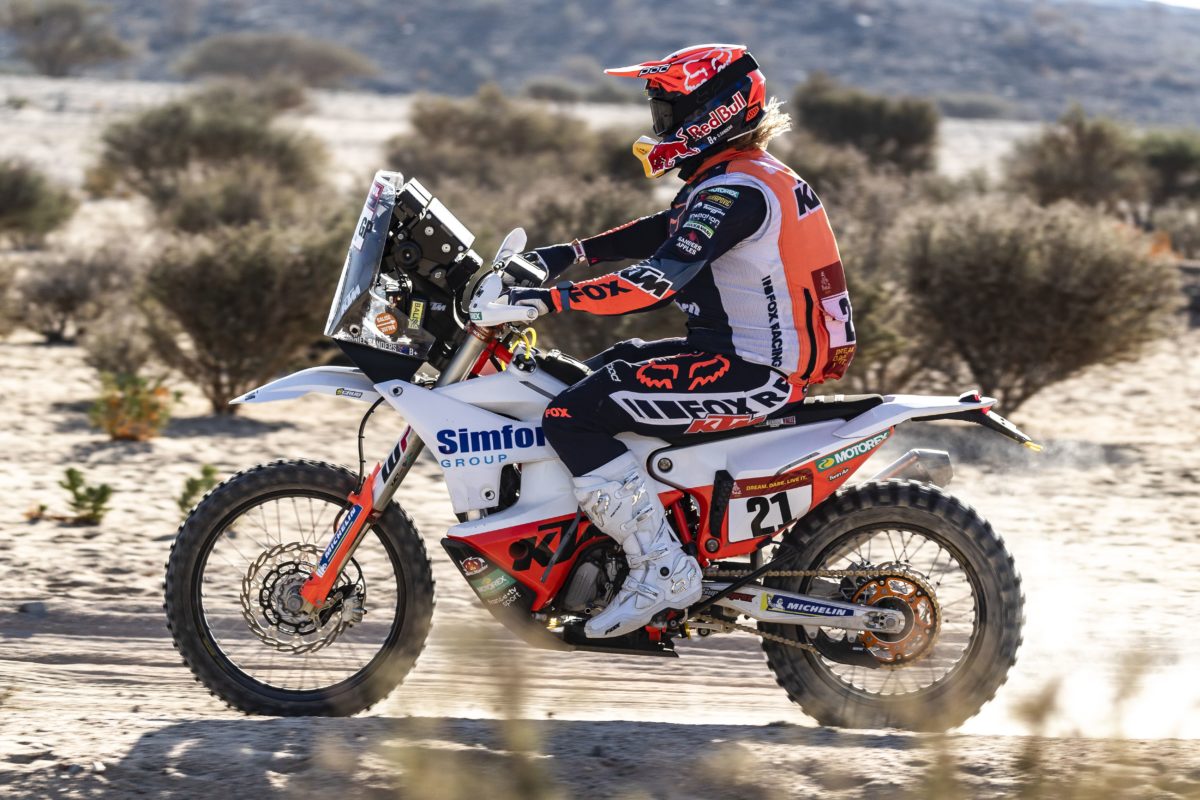 KTM’s Dakar rookie, Australian Daniel Sanders, admits he should have followed his instinct when he found himself opening the road after last year’s champion got lost.

Sanders was third-fastest in the Prologue behind Ricky Brabec and the 2020 Dakar winner’s team-mate, Joan Barreda Bort, and therefore followed the Honda riders onto Stage 1.

When they strayed off-course before the first waypoint, the 26-year-old Victorian had to figure out whether he should follow the more experienced riders or forge his own path, which cost him time.

“It was cool to start off third after the Prologue yesterday,” said the first-timer.

“I started well with the roadbook and then I saw the Honda guys turn left on this point, and I wasn’t too sure because it’s my first year and not too much navigation [experience] but I should have trusted my instincts and followed the cat when it changed.

“Then I was sitting there, then Ross [Branch] caught up and we sort of had a little discussion over it, and ended up I lost three minutes straight away to Ross, and Ross lost a bit there as well.

“We ended up pushing on and my instinct was correct and I should have just taken this, so we lost a lot of time straight away with the Honda guys, and then we always just chopped and changed.”

Sanders had set the 18th-fastest stage time before a seven-minute penalty was added, hence his overall ranking.

He was nevertheless pleased overall with his showing.

“It was really cool to lead the stage out on my first Dakar on my first day and lead the guys,” remarked the Australian Off Road Champion.

“We just kept pushing during the day so we don’t lose too much time, but all in all, it was a really good day and no crashes, bike’s good, I‘m still good, so, ready for tomorrow.”

Sanders is second of the Australians in the classification, with Michael Burgess (BAS Dakar KTM) 35th and Andrew Houlihan (Nomadas Adventure) 69th.

Both are also on debut, with Burgess quipping that the rocks were “like Mars” at one point.