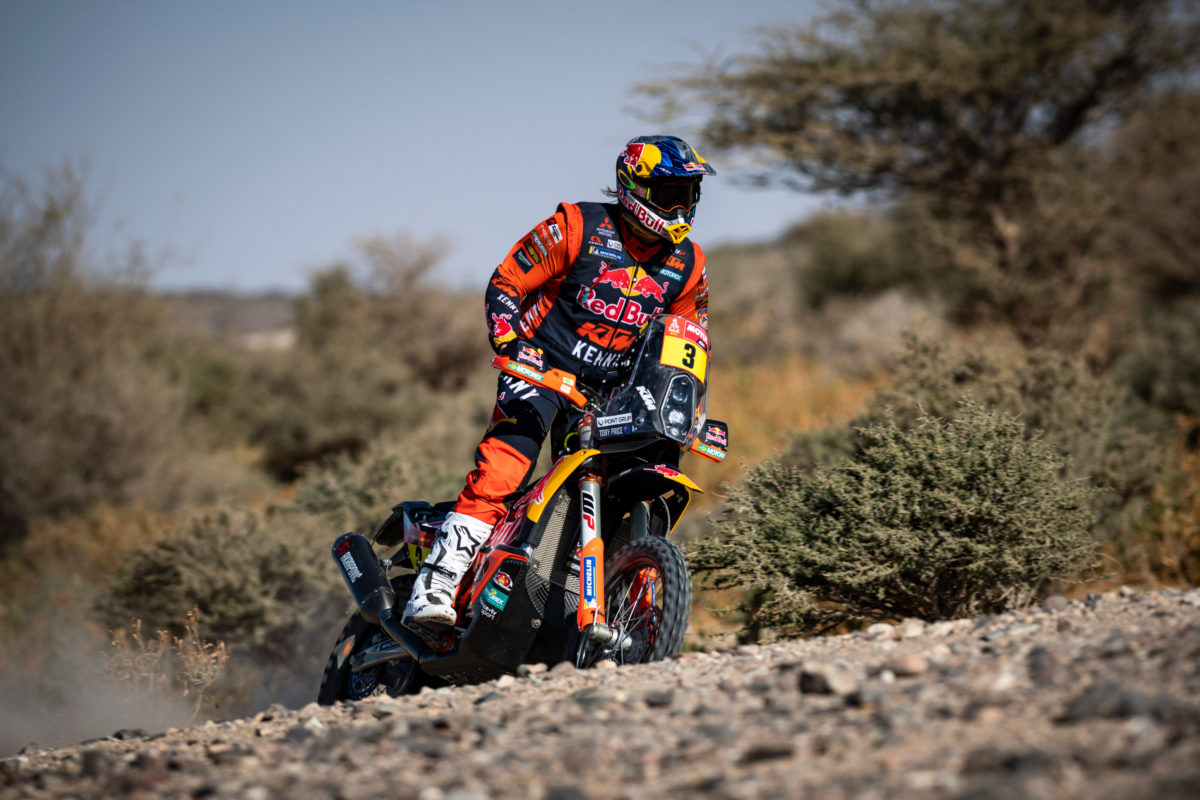 Toby Price is targeting consistency as he chases a third Dakar crown in 2021, even if he did win this year’s opening stage.

The Red Bull KTM Factory Team rider holds a 27-second lead in the general classification after taking out the 277km special from Jeddah to Bisha.

With regulations changed this year to make for a more technical Dakar, including limiting riders to six rear tyres, Price is wary of pushing too hard.

The Australian is also predicting an event which will feature “big swings” in the classification, and in fact had a mishap of his own near the end of Stage 1.

“Navigation was certainly tricky today – it was hard to find the right pistes and valleys and annoyingly I managed to get lost a little bit on the last few kilometres to the finish.

“Other than a few other little mistakes, the rest of the stage was good.

“I’m happy with how I looked after the bike and the tyres because with the new rules we really have to be careful.

“Looking ahead at the whole race, I think there are going to be some big swings in the standings – the plan is to try and stay consistent and not lose too much time.

“I’m opening tomorrow so hopefully I won’t make too many big mistakes and we can keep this momentum going.”

The man carrying #1 this year, Monster Energy Honda’s Ricky Brabec, is almost 17 minutes off the pace after a mistake of his own.

The American and team-mate Joan Barreda Bort got lost before the first waypoint, an error which also had implications for another factory KTM rider in Australian rookie Daniel Sanders given it caused him to hesitate.