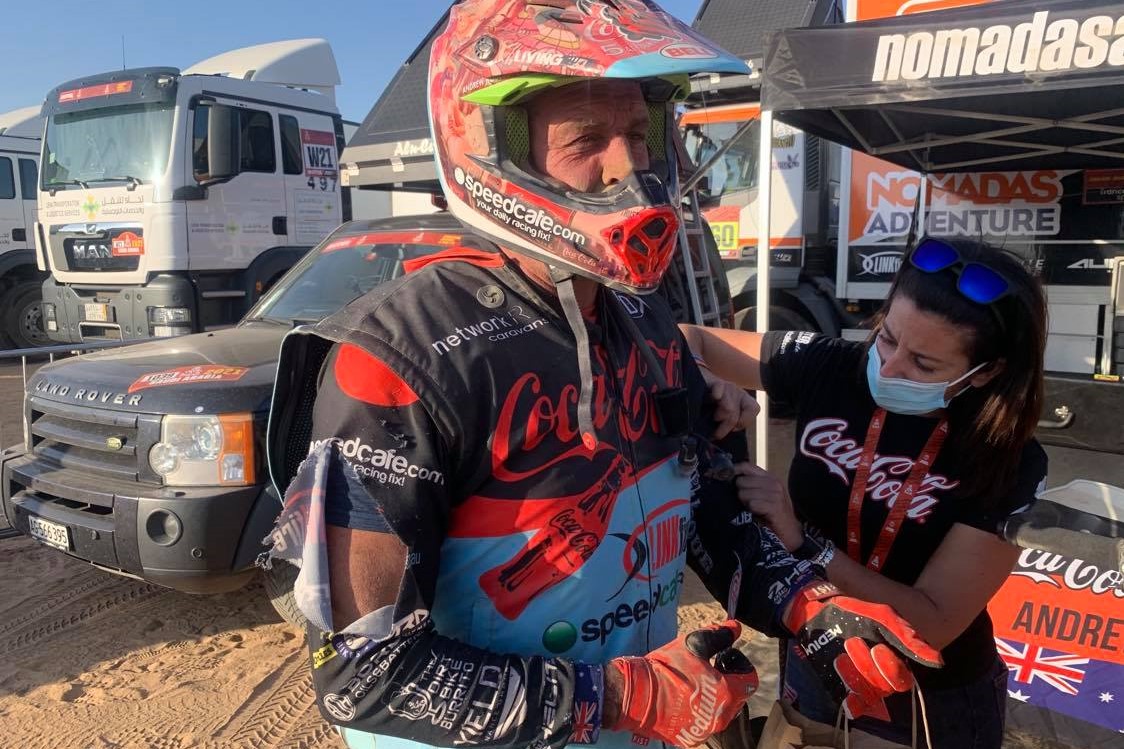 With the electrical issues from the Prologue solved, Andrew Houlihan has picked up almost 30 positions in Stage 1 to sit 69th overall in the 2021 Dakar Rally.

It’s been a long, dusty, rocky day. In the saddle approximately 10-and-a-half hours.

In the briefing, they told us about three percent of the special stage was rocky sections, but I reckon they put the decimal point in the wrong place – it felt more like about 30 percent of extreme rocks.

At some points I could only go walking speed and when the cars started flying past, the shower of rocks and dust was insane.

My approach has been ‘safety first’ and when the dust got too bad, I just had to stop and wait.

Mechanically, the bike went very well with no issues. I only had one minor off for the day and there was no damage to myself or the bike.

I only had one small navigation error when I went against my own rule of not following others.

I was in thick dust and couldn’t see, and then a Red Bull car went roaring past down the river bed. So I thought, ‘the Red Bull guys know where they’re going’. But no! The next thing the Red Bull car was coming straight back at me so I headed for the bushes!

When I first came in, I thought I’d had a bad day with the dust and everything, but then my team told me I’d picked up 30 places. So not a bad day after all!

They tell us tomorrow is around 80 percent sand, or is that eight percent?