Hondas hit back as Price drops over 30 minutes

Hondas hit back as Price drops over 30 minutes 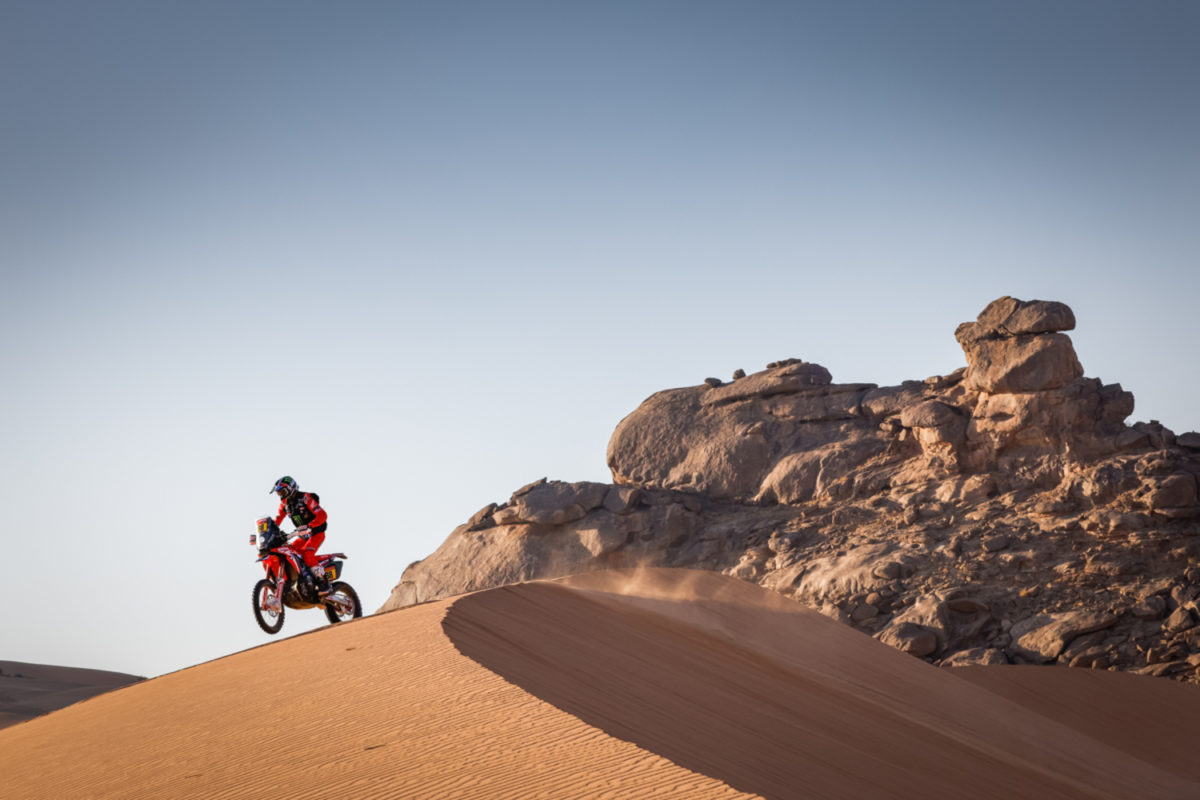 Honda’s Joan Barreda Bort and Ricky Brabec have jumped to the top of the Bikes classification as Toby Price lost over 30 minutes on Stage 2 of the Dakar Rally.

Both Barreda Bort and Brabec got lost on the opening stage but they finished first and second respectively on the 685km journey from Bisha to Wadi Ad-Dawasir and now occupy the same positions overall.

Price, on the other hand, has dropped from the lead to 16th in the general classification, 17:39s off the pace, after a trying day for the bulk of the Red Bull KTM Factory Team.

UPDATE: Price officially elevated to 15th due to a penalty for a rival rider

Australian rookie Daniel Sanders was second-fastest to the third-last waypoint before losing over 10 minutes in the next 47km, but was still best of the Austrian marque’s works squad on Stage 2 and is now within four minutes of Price’s overall time.

Barreda Bort was fastest to every waypoint of the 457km timed special, generally stretching his margin over Brabec through the day such that it was 3:55s at the end of the stage.

Branch grabbed the fourth-fastest stage time, while third on the day lifted Pablo Quintanilla (Rockstar Energy Husqvarna) from outside the top 20 to fourth overall.

Price led the field out but gave up ground throughout the stage to be exactly 32 minutes slower than Barreda Bort to the finish, with the Australian at one point spotted repeatedly trying to clear a sand dune (See below).

Sanders looked like being one of the stars of the day, clocking a time just 3:23s slower than Barreda Bort’s to Kilometre 351, but ended up 16:31s slower than the Spaniard at the finish of the special.

He sits 18th overall in his first Dakar, 21:11s off the pace which includes a seven-minute penalty incurred on the first stage for speeding.

Sanders’ and Price’s days were straightforward compared to that of team-mate Matthias Walkner, who encountered a gearbox-related problem and was forced to make repairs to his bike on stage (See below).

The 2018 Dakar champion began the day in third overall but is now 46th at best having haemorrhaged more than two hours before he got to the first waypoint at Kilometre 46.

On the other Red Bull KTM, Sam Sunderland fared better but still dropped from fourth to 12th in the general classification and is now 12:50s off top spot.

The latter was again among the later starters due to time lost with an electrical drama on the Prologue, but had gained almost 30 positions on Stage 1 to sit 69th at that point of the event.