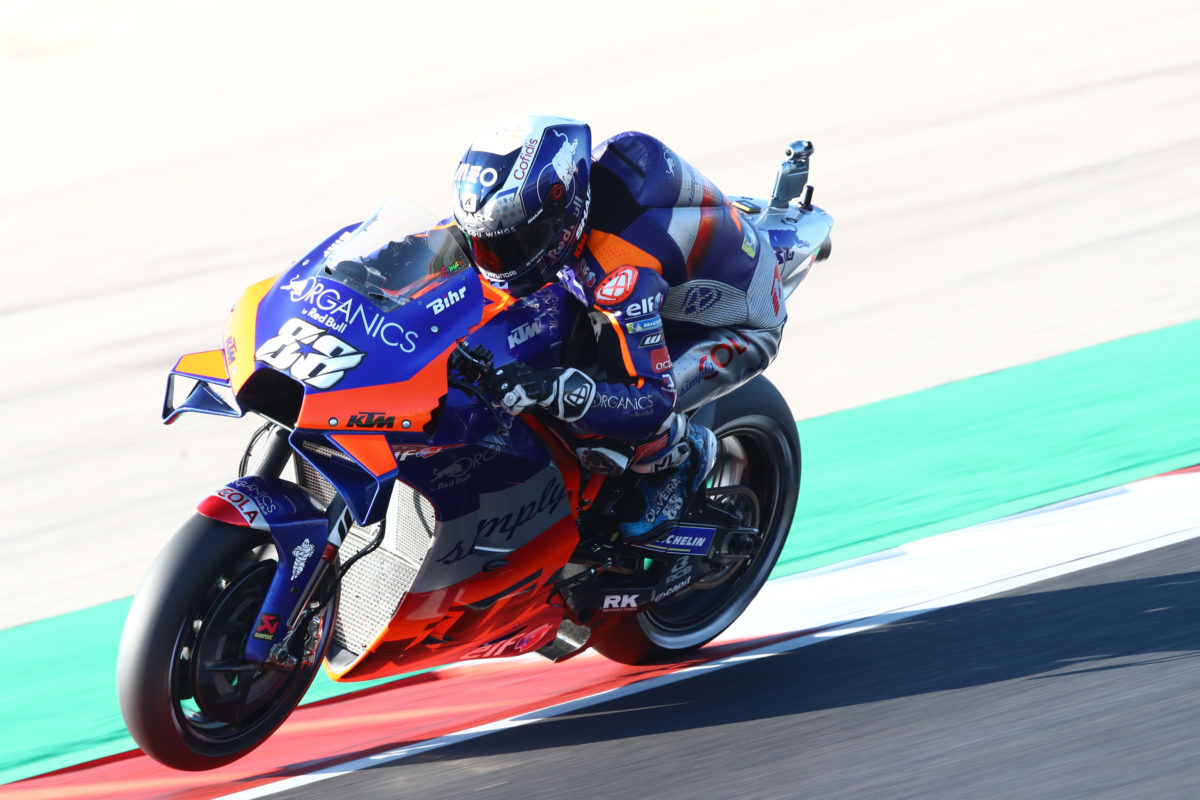 After taking its first race wins in 2020, KTM is seeking to fight for this year’s MotoGP title.

The Austrian marque debuted in the premier class in the 2016 finale before Brad Binder delivered its first victory last year, at Brno.

Tech3’s Miguel Oliveira added a second in a thriller at the Red Bull Ring, and rounded off the season with another win, at Portimao.

Its best in the championship as a whole, however, was Honda-bound Pol Espargaro, who ended up fifth.

KTM CEO Stefan Pierer is setting his sights higher than that in 2021.

“In 2020 we achieved and exceeded our goals,” Pierer told German outlet Speedweek.com.

“We now have a technical basis that allows several riders to win and be in the top positions and, for the first time, it offers the best opportunities for rookies, like Binder and [Iker] Lecuona have demonstrated.

“For next year, our goal is to fight for the world title and, if possible, win it.”

Oliveira moves across to Red Bull KTM Factory Racing in 2021, where he will join Binder.

At Tech3, Danilo Petrucci, who was ultimately happy to be dropped by Ducati before the last season started, will share the garage with Lecuona.

While Petrucci is the only member of that quartet who has more than two MotoGP seasons under his belt, KTM board member Hubert Trunkenpolz also has high expectations.

“I agree with Pierer,” he told Speedweek.com.

“At a certain point, the title is the goal. It doesn’t matter which championship we participate in.

“I wouldn’t say we won’t have the chance to do that.

“We’re in a good position, with three riders who have won a race [in 2020]: Oliveira, Binder, and Petrucci.

“Miguel and Brad have been around for quite some time. If they want to win the world championship, they’ll have to do it soon, otherwise it’ll never happen.

Official action for 2021 is currently set to kick off with a Shakedown Test at Sepang on February 14-16.