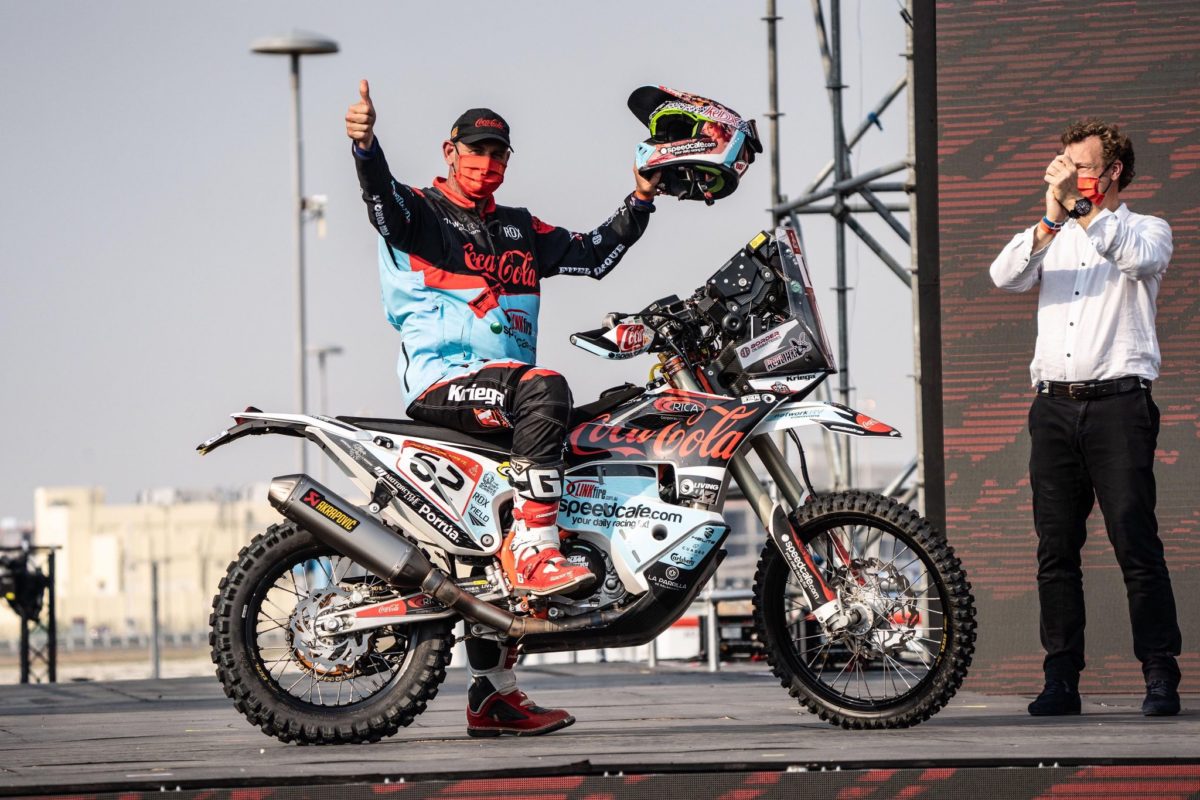 An electrical glitch on Andrew’s bike has caused him to miss registering two waypoints during the prologue stage (Stage 0) of the 2021 Dakar Rally. He has been given a penalty which dropped him to 98th in the official standings.

I went into the prologue feeling confident after a reasonable run in the shakedown yesterday, but at the start line the power supply to the navigation and tracking systems failed for a second and then came good again.

We’d found a few small issues during the shakedown and Jakob, my Swiss KTM mechanic, had done a great job setting the bike up last night. But we didn’t know about this one!

I started the stage and the power failed again, and this time it didn’t come back. I stopped briefly to check it out, but since the special stage was only 11km long and the track seemed easy to follow, I just kept going without the navigation systems and came in 74th in the initial results.

I missed registering two waypoints because of the power failure to the tracking device, and copped a penalty which dropped me almost 30 places.

At least we found it on a short stage and not tomorrow’s much longer stage.

It’s a long race with over 4800 km of special stages to come over the next 12 days, so placings aren’t a major problem just now.

I was very surprised by the deepness of the sand around Jeddah; so far it’s been very similar riding conditions to what I’ve experienced in Australia.

Tomorrow’s Stage 1 will take us from Jeddah to Bisha. There’s a 311km liaison, 276km special stage with three checkpoints, and finally a 35km trip into the bivouac.

I start at 5:52am in the morning and they said to maybe expect snow tomorrow night!