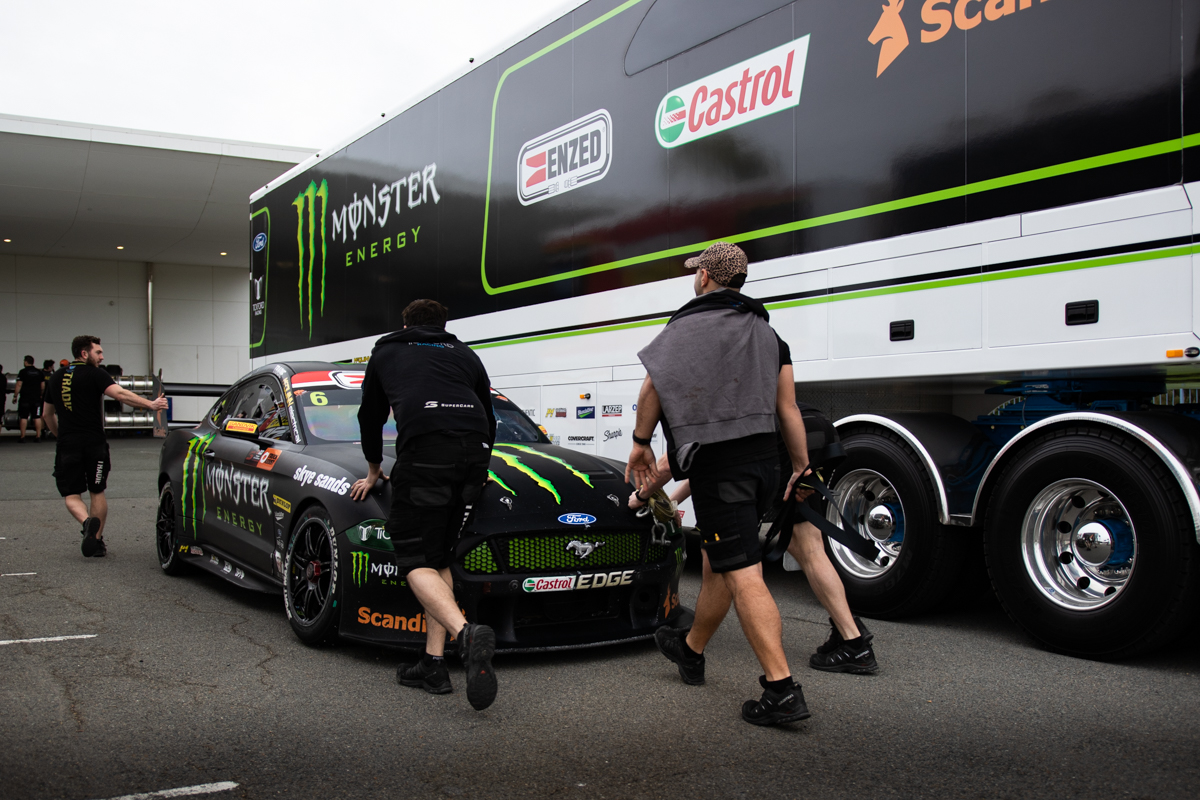 Tim Edwards has identified his big lesson from a bizarre year in which Tickford Racing spent 15 straight weeks away from base in order to complete the Supercars Championship.

Being one of the five Melbourne-based teams, Tickford was forced to flee Victoria on July 6 in order to beat a border closure and ensure that the following event at Sydney Motorsport Park could proceed.

It would use Sea World Resort’s conference centre as its home away from home, while Kelly Racing was at one point working on its Mustangs from a barn on the family farm near Mildura.

All 10 teams, including those based in New South Wales and Queensland, then had to contend with calamities such as the on-again, off-again Darwin events, which would ultimately kick off a run of four straight weekends of racing.

Edwards was not on the ground for those events at Hidden Valley, but did return between the pair of Townsville SuperSprints which followed, after serving 14 days of hotel quarantine.

The Tickford CEO/Team Principal features in tomorrow’s episode of the KTM Summer Grill, to look back on the saga that was the 2020 season for the Victorian teams in particular.

Watch Episode 15 of the KTM Summer Grill tomorrow on Speedcafe.com from 06:00 AEDT

In an interview in which he recounted at length what his squad had been through before and after the border closed, the former Jordan Grand Prix Team Manager was asked what he had learnt as a leader, to which he responded by highlighting the need to be adaptable.

“In any business, or in life, you’re always planning a year ahead,” noted Edwards.

“I think one thing I learnt out of it was, sometimes you can just plan for tomorrow, the day before tomorrow.

“As a team, we just had to adapt and that’s what we did – [it was] everything about what we did – and I’m sure that’s the same for all of my crew, probably all of the Victorian teams.

“I think that’s probably the biggest thing everybody’s learnt out of it, just how you adapt and make the best of the situation.

“Probably just that; don’t worry too much about two years ahead, or a year ahead. A lot more short-term planning; be adaptable.”

Edwards’ comments are part of an extensive look back at just how strange Tickford’s 2020 season was, as one example of what the Victorian teams went through.

He also recalls the mood on the ground at the Australian Grand Prix, gives some insight into how often and how quickly the Supercars calendar changed during the year, and talks about just how much it meant when his crew members’ families joined them in Queensland.

That episode of the KTM Summer Grill can be watched tomorrow morning on Speedcafe.com