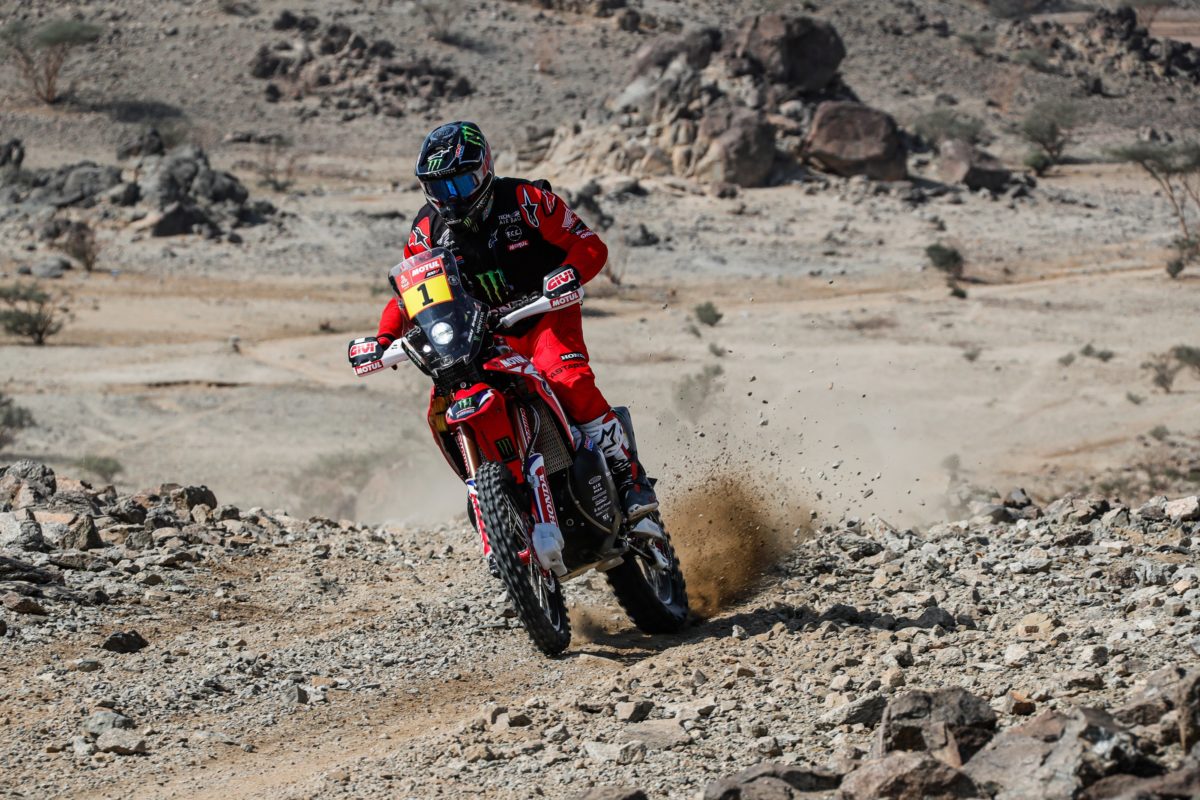 Last year’s champion Ricky Brabec has gone fastest in the Prologue for the 2021 Dakar Rally, in which Australian KTM rookie Daniel Sanders was third fastest.

The Prologue, which sets the start order for Stage 1 of the event but also counts towards the general classification, saw 11km of timed running out of a total of 129km around Jeddah.

Brabec’s Monster Energy Honda carries the #1 plate by virtue of his victory in 2020 and he was therefore also last to set off, completing the special in 6:01s.

“Wasn’t really trying to go out there and do that,” said Brabec.

“The dirt was really good; it rained a couple of days ago here.

“I don’t know if it’s the best to win the prologue but the race isn’t over, it’s not even started yet.

“Tomorrow we’re going to go out there and we’re just going to enjoy it and have fun. It feels good to be back here in Saudi.”

A coefficient of four is applied to Prologue times for the Bikes and Quads categories, meaning Brabec’s lead in the event as a whole is 24s.

He will be first to set off for the first stage proper, which totals 623km (277km special) from Jeddah to Bisha. 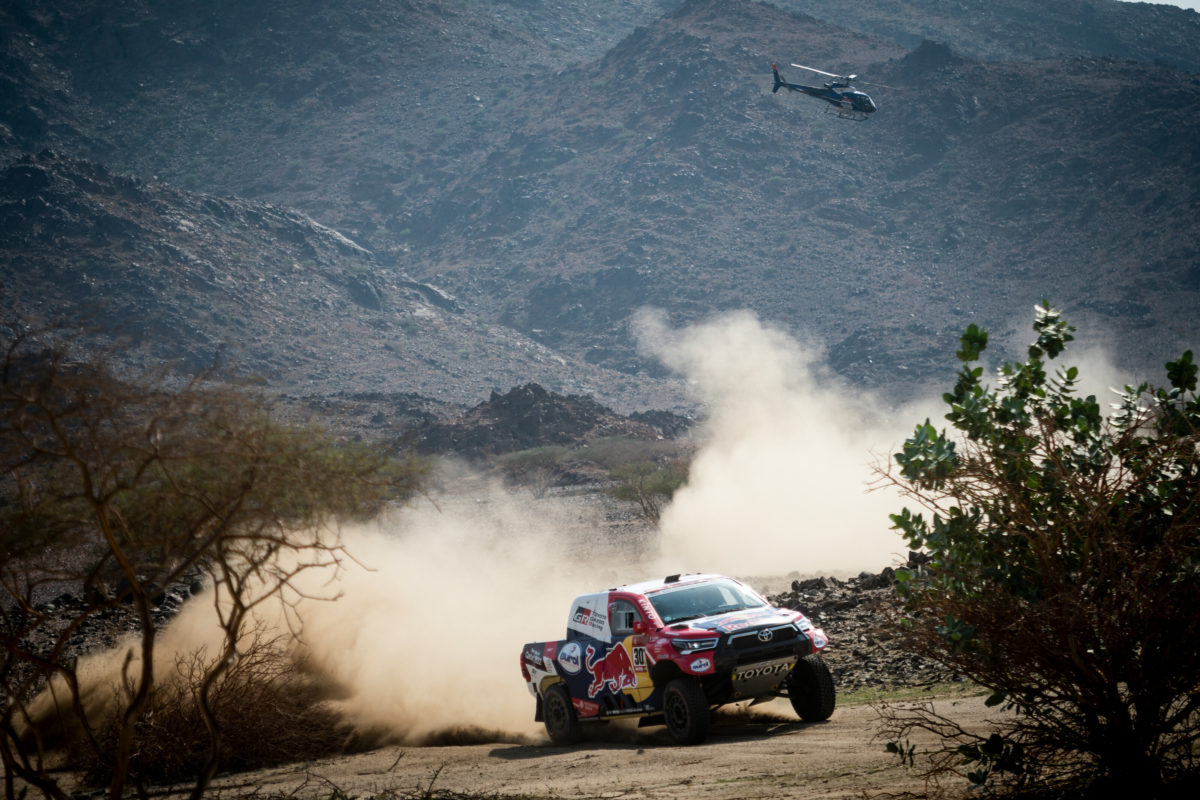 Toyota Gazoo Racing’s Nasser Al-Attiyah got his bid for a fourth Dakar crown off to a favourable start with the quickest time in the Cars, a 5:48s.

His time was matched, however, by Brian Baragwanath in the South African’s Century CR6, while Yazeed Al Rajhi piloted his Overdrive Toyota Hilux to the finish in 5:56s.

Sebastien Loeb ended up 10th in the first of the Bahrain Raid Xtreme entries but another World Rally Champion, and the man who won the Dakar for a third time last year, was much further back.

Carlos Sainz suffered an early puncture and finished 28th fastest, albeit only 36s off the pace.

His X-Raid Mini JCW team-mate, Stephane Peterhansel, was 14 spots better off with a time 19s slower than Al-Attiyah’s.

“Not very good, we got a puncture in the first kilometre, so didn’t start very well, but the important [thing] is how it finishes,” said Sainz.