Callum Williamson has taken his third main event win of the season by clinching Round 3 of the 2021 WA Sprintcar Speedweek at the Bunbury Speedway.

The Geraldton-born throttle-stomper is having an unbelievable and career-best season, proving he is able to win from the front or even come from behind situations.

Again, it was American Brock Zearfoss who looked to be the A-Main victor, though this time Gold Coast-based Sydneysider Robbie Farr was also a major feature race threat.

Williamson, however, moved from the fourth row of the grid in the 30-lap race to claim Zearfoss and Farr and streak away to another popular victory.

Kris Coyle finally enjoyed some good fortune and a result that befitted his efforts to claim third place, behind Zearfoss and Williamson.

The American led for the majority of the race around the huge Bunbury clayway which saw an excellent crowd turn out for its first major Sprintcar race since the Krikke Boys Shootout in early 2020.

For Zearfoss, it was three consecutive podiums for Sean Carren in the #95 car and again coming up just short of victory.

Robbie Farr picked up a solid fourth for car owner Jason Pryde, ahead of the best Speedweek result so far for Lynton Jeffrey.

The Iowa-based Sydneysider rounded out the top five after coming from a distant 21st position to show his considerable talent to the West Aussies who had yet to comprehend his experience.

Krikke Motorsport rookie Dayne Kingshott also turned an average night around by slashing from a B-Main transfer into an eventual sixth place ahead of Jason Pryde in seventh, Andrew Priolo eighth, a better top 10 result for David Priolo in ninth, and AJ Nash with a respectable 10th despite tagging the concrete wall.

Brad Maiolo ran 11th at ‘home’ ahead of Cameron McKenzie to be the last car running in 12th position.

Jason Kendrick was one of the hard luck stories of the evening suffering a DNF result when the car heartbreakingly wouldn’t lock into gear on a restart whilst handily placed in second spot.

Kendrick had earlier in the night set the fastest time in qualifying at a track that he has always been particularly fast around.

Warrnambool’s James McFadden disappointingly had to return to Victoria in lieu of the new COVID border restrictions before January 1 and will now miss the remainder of the WA Sprintcar Speedweek.

The series now heads to Ellenbrook Speedway north of Perth for Round 4. 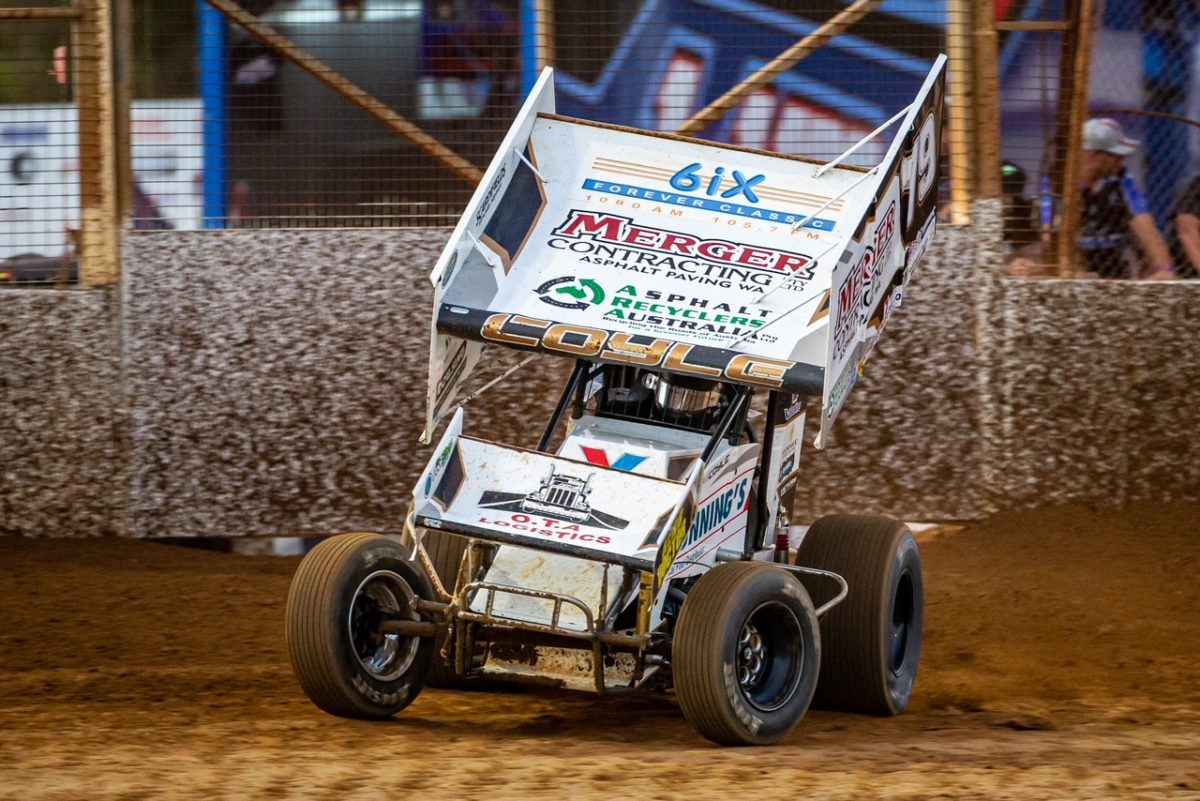