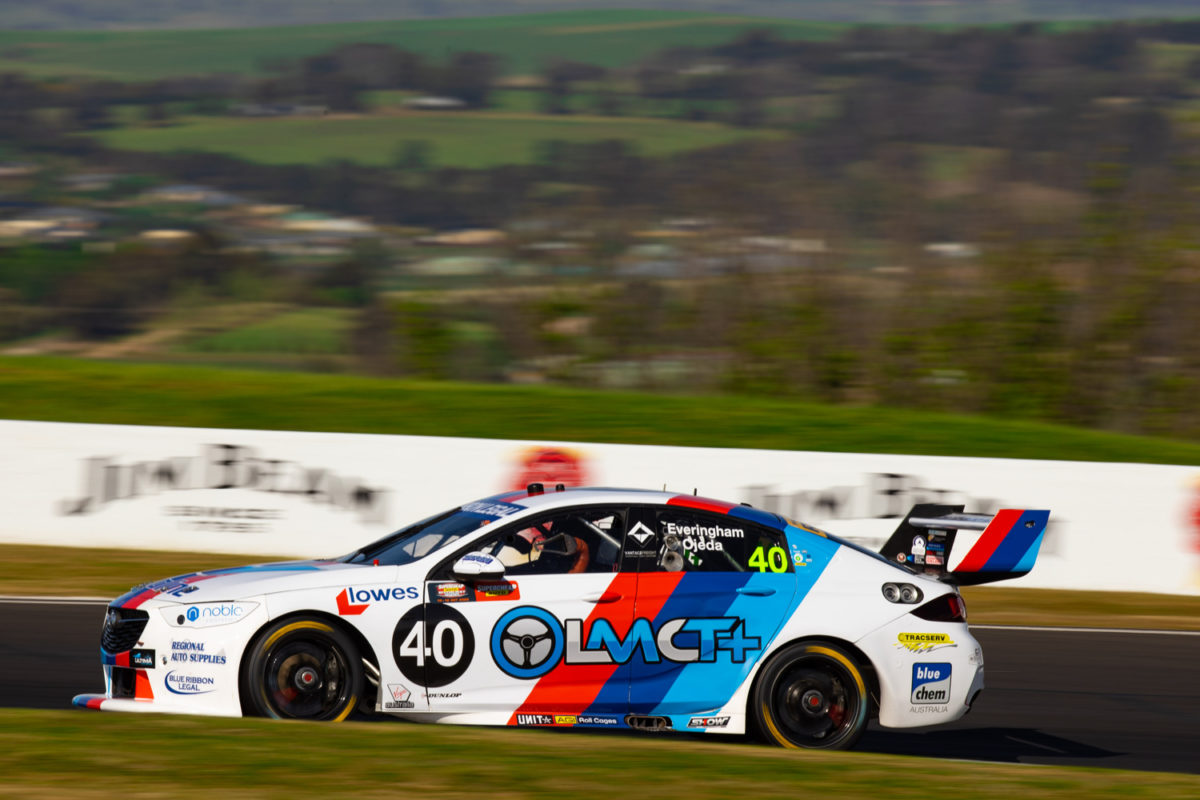 Paul Morris believes that the points allocation for obtaining a Motorsport Australia Superlicence should change in order to better match the capabilities needed to race a Supercar.

The Motorsport Australia Superlicence was introduced ahead of the 2017 Supercars Championship following the addition of the touring car category to the FIA Super Licence system, at a time when the Australian governing body held concerns about young and/or inexperienced drivers racing powerful cars at high levels of competition.

The case of Alex Rullo was an early test for the system before it came into sharp focus again when Garry Rogers Motorsport sought to field Nathan Herne and Tyler Everingham in a wildcard entry at last year’s Supercheap Auto Bathurst 1000.

Herne, a regular in TA2 competition which does not run under Motorsport Australia sanctioning, did not hold a Superlicence and was not granted dispensation, resulting in him ultimately being replaced in the GRM entry by Super2 rookie Jayden Ojeda.

Morris became a vocal figure in debate which swirled around the issue given the focus which fell as a consequence on his protégé Broc Feeney.

The young Queenslander won the 2019 Super3 Series and stepped into Super2 last year, but had not qualified for a Superlicence via one of the four prescribed methods and therefore had to seek dispensation to contest the Great Race as James Courtney’s co-driver.

Morris joined the Speedcafe.com team for tomorrow’s episode of the KTM Summer Grill to discuss the Superlicence system in light of the Herne saga.

CLICK HERE to watch Episode 14 of the KTM Summer Grill

With one criteria for a Superlicence being accumulation of points through results in various championships/series in the preceding five years, the 2014 Bathurst 1000 winner argued that the allocation prioritises the wrong categories.

He identified the Australian Endurance Championship and Australian GT Championship, in which the winners obtain 12 Superlicence points, as two which are weighted too heavily, while also drawing attention to the relatively meagre amount of points, seven, which goes to the Super3 Series winner.

See below for 2020 points allocation

“When you look at the Superlicence points table that Motorsport Australia has put out, that doesn’t make sense,” asserted Morris.

“The third on the list is the Endurance Championship; no disrespect to the guys doing it but they’re gentleman racers running around in GT cars, three seconds off the pace, and they don’t even change gears.

“Then you’ve got the GT Championship, which has got a couple of good guys in it, but they’ve already got Superlicences, [and] the other guys are all gentleman racers.

“Then you’ve got Formula 4, Porsche Carrera Cup – probably should be on the top of that list – and Toyota Racing Series.

“You’ve got to go right down to seventh on the list to find the car which is the Super3 car where you’ve actually got to use a clutch to change gears, so the whole thing needs a rethink.”

Morris may get his wish, with Speedcafe.com reporting last April that Motorsport Australia was to discuss the points allocation with Supercars.

Mike Smith, the governing body’s Director of Motorsport and Commercial Operations, reaffirmed to this publication in October that a review would indeed be taking place.

The points system is but one of four means of obtaining a Superlicence without dispensation, which are formally specified on the 2020 application form as:

Additionally, drivers are ordinarily required to be at least 17 years of age.

Motorsport Australia will issue full Superlicence points for results achieved in Super2 and Super3 last year, despite both running to heavily abbreviated seasons.

Paul Morris and Speedcafe.com reporters Mat Coch and Daniel Herrero discuss the Superlicence at length in Episode 14 of the KTM Summer Grill; CLICK HERE to watch

Points shall be allocated to a Driver under the Motorsport Australia Superlicence system based on their final classification in a Championship/Series as follows: