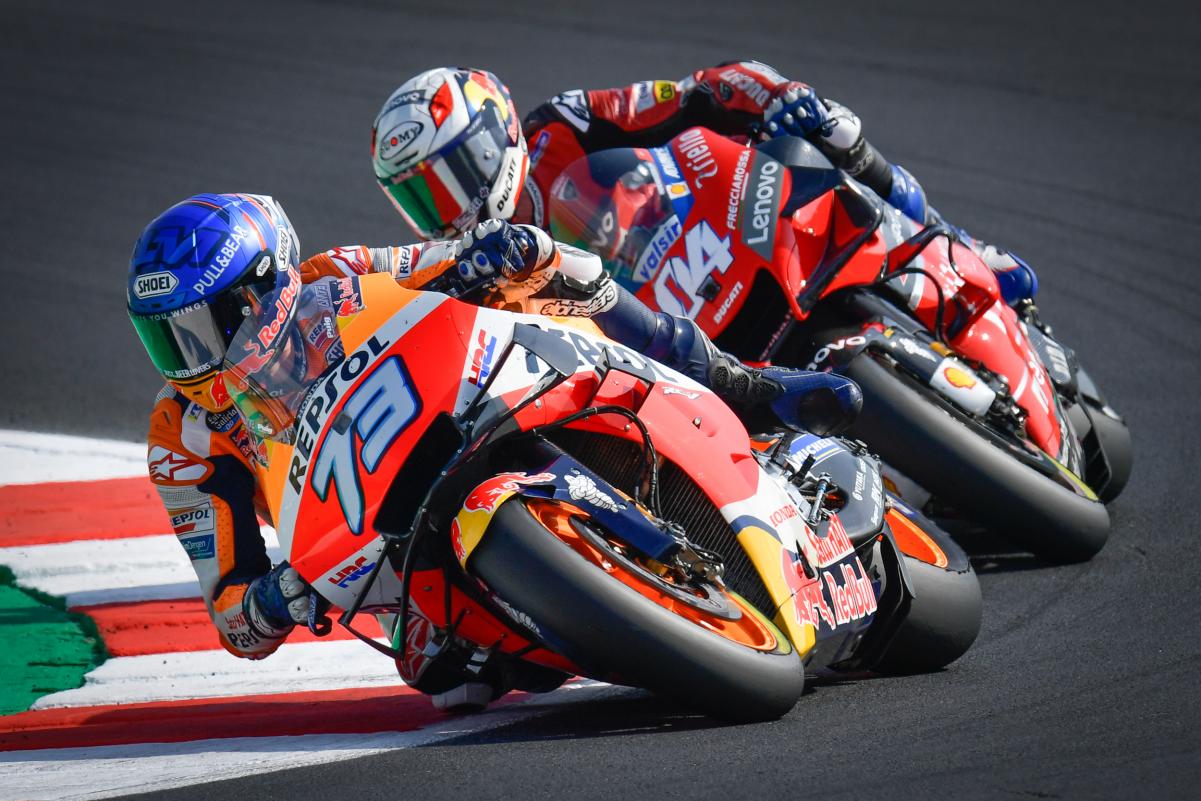 MotoGP boss Carmelo Ezpeleta has ruled out the idea that Honda could run three factory entries in 2021 in order to field both Andrea Dovizioso and Marc Marquez.

Honda’s Marquez problem is set to drag into a second season with the six-time premier class world champion having undergone a third operation on his right arm in December.

The procedure, necessitated because the break was not healing properly due to infection, could see him sidelined for a further four to six months.

Marquez would therefore miss pre-season testing and, based on that predicted recovery timeline and the 2021 calendar as it stands, at least the opener but as many as the first six races of the campaign.

That raises the question as to who would ride the other Repsol Honda alongside Pol Espargaro, given Alex Marquez has been moved across to Castrol LCR Honda.

Test rider Stefan Bradl filled the gap left by the older Marquez brother for most of the 2020 season, but Dovizioso has no ties in MotoGP after his split from Ducati.

The Italian, who took the first of his 15 premier class wins as a Repsol Honda rider, is currently taking what he describes as a sabbatical from grand prix competition but has expressed a desire to return.

That led to a suggestion which gained traction recently in his native country’s media that Dorna might bend the rules and allow Honda to field three factory entries.

The Japanese marque could therefore offer Dovizioso a full season while also accommodating Marc Marquez’s return, so the theory went.

Ezpeleta, Dorna Sports’ CEO, has since quashed the idea.

“Exceptions are out of the question,” he told Italian outlet Motorionline.

“It will not be possible to have more than two bikes per team.

“Honda has two available for the Repsol team and another two for Lucio Cecchinello’s [LCR].”

Honda could, of course, field wildcards, but only three for the season and not at consecutive rounds, given it is a non-concession manufacturer.

There is therefore currently no way to bring Dovizioso into the fold and guarantee him a seat for the duration of the 2021 campaign without punting one of its other riders.

The 34-year-old nevertheless holds out hope of a MotoGP comeback.

“Over the last few months, I have received several offers to work as a test rider in developing MotoGP projects and I am grateful for the consideration received by the manufacturers,” he announced ahead of the penultimate round of 2020.

“However, I have decided not to make any commitments and to remain free from formal agreements for now.

“I have an immense passion for racing. I still have the ambition to compete and fight to win.

“I will return to MotoGP as soon as I find a project driven by the same passion and ambition that I have and within an organisation that shares my same objectives, values and working methods.”

Takaaki Nakagami is Honda’s fourth rider, having signed a multi-year deal which keeps him at LCR in 2021.