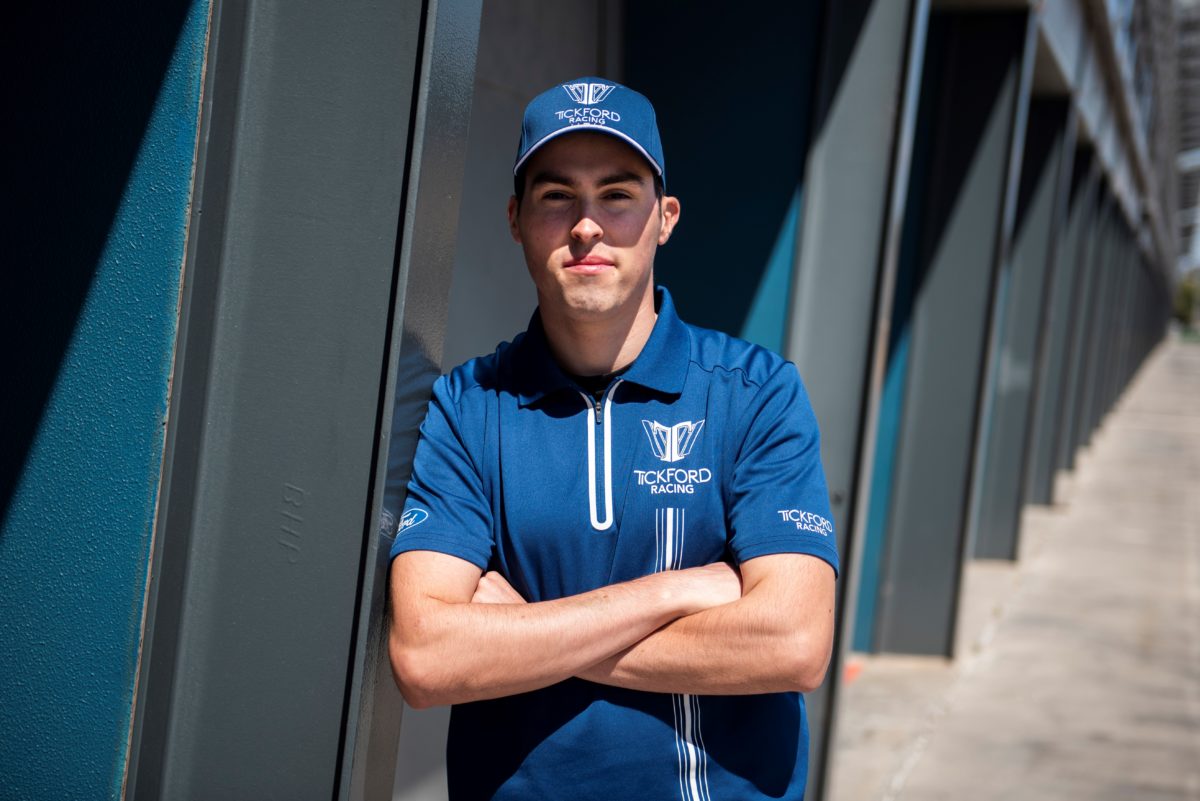 Tickford returnee Thomas Randle expects to know more about what the second year of his new deal with the squad has in store come the early months of 2021.

After a year away from Campbellfield, during which he won the Dunlop Super2 Series with MW Motorsport and contested the Supercheap Auto Bathurst 1000 with Brad Jones Racing, Randle has signed a multi-year contract with Tickford Racing.

The 24-year-old had been in line for full-time drive with the Ford squad, but that was predicated on it obtaining a fourth Racing Entitlements Contract given that which underpinned the James Courtney/Boost Mobile entry was sold by former customer Phil Munday to Brad Jones Racing.

With Tickford’s REC endeavour understood to have not borne fruit, Randle has instead been guaranteed a Bathurst 1000 start in 2021, although his status in the outer year(s) of the contract has not been specified.

Asked what is in the works for 2022, Randle told Speedcafe.com, “We’re still working through that at the moment.

“I mean, full-time drive has always been my goal and the team know that but it depends on a few factors.

“Ultimately, I’ve got full faith in what Tickford will orchestrate over the next few years, and I expect to have a clearer picture early in the new year.

“I’m sure I’ll have a clearer picture in a couple of months.”

While the Supercars Championship field is set to remain at 24 regular entries in 2021, a not unusual shuffle of those active RECs in the next off-season, and even the potential sale of dormant RECs, could give Tickford an opportunity to put a fourth Mustang on the grid again in 2022.

Should that transpire, Randle insists that he has done everything he needs to prove himself worth of a seat of his own.

In the meantime, he is hopeful of a handful of wildcard starts in the single-driver Supercars Championship events next year, after a first at The Bend in 2019.

“I’d like to think I’ve already done my audition; I don’t know what I would need to audition for again,” said the Melburnian.

“But, I’ll just try and do the best job with the team; hopefully we could do some wildcards next year, if we can get the backing, but all I know is that, for sure, Bathurst is locked in, so just try and work out how we can win that race.”

In any event, Randle is pleased to have some certainty about 2021 already.

“It’s nice to have something locked away for next year,” he remarked.

“We’re still trying to put together a racing programme for 2021 – obviously it won’t be full-time – but whether it’s S5000 or Porsche or something like that, it’d be nice to just keep racing.

“It’s like anything, isn’t it? You need to keep practicing your craft and stay race-fit; you don’t want to get rusty. You need to be out there racing to stay relevant, and keep the miles up.”

Randle won two races with Tickford in the 2019 Super2 Series, his second year with the team, and picked up a podium as co-driver to Lee Holdsworth in that year’s Sandown 500.

Who he will drive with at Mount Panorama next October out of Cameron Waters, Jack Le Brocq, and James Courtney has not yet been nominated.