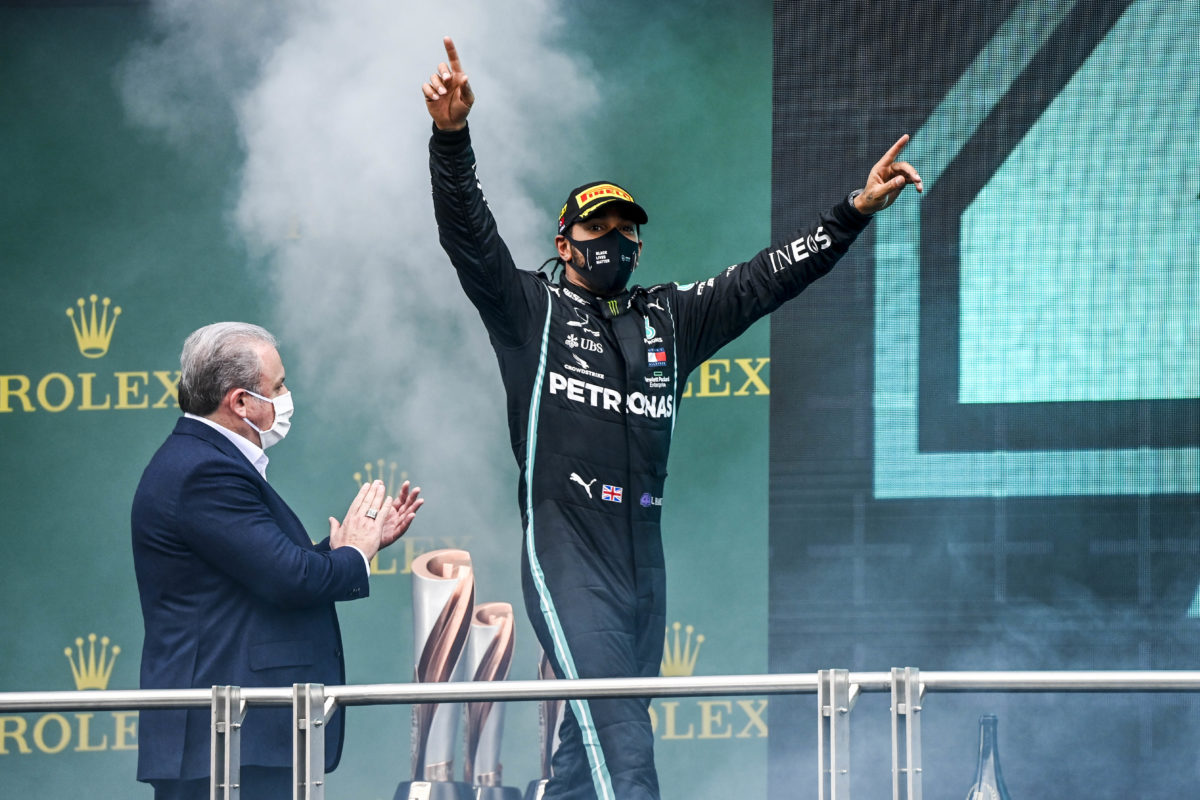 The latest seven-time Formula 1 world champion will now be formally known as ‘Sir Lewis Hamilton’ after he was bestowed a knighthood.

Hamilton’s name was included in the list of the Queen’s New Year Honours, weeks after he officially matched Michael Schumacher’s haul of F1 titles.

In a dominant 2020 campaign, the Briton surpassed another of Schumacher’s records, namely race wins.

Hamilton matched the German’s benchmark of 91 at October’s Eifel Grand Prix, at which time Mick Schumacher presented the Mercedes driver with one of his father’s helmets.

The 35-year-old unofficially sealed the seventh championship three races later with a highly impressive win in Turkey and, by season’s end, had grown his tally to 95 grand prix victories.

He has also been a vocal advocate for a number of social causes, one example being his establishment in June of a commission designed to promote STEM (Science, Technology, Engineering, Mathematics) studies and eventual F1 employment for black youth.

New F1 CEO Stefano Domenicali, who officially starts in January, “Lewis is a true giant of our sport and his influence is huge both in and out of a car.

“What he has achieved is phenomenal, with still more to come.

“All of us at Formula 1 congratulate him on this well-deserved recognition of his achievements and look forward to seeing more of his brilliance in 2021.”

Hamilton joins Jack Brabham and Jackie Stewart as F1 champions who have received a knighthood, an honour which also went to Stirling Moss.