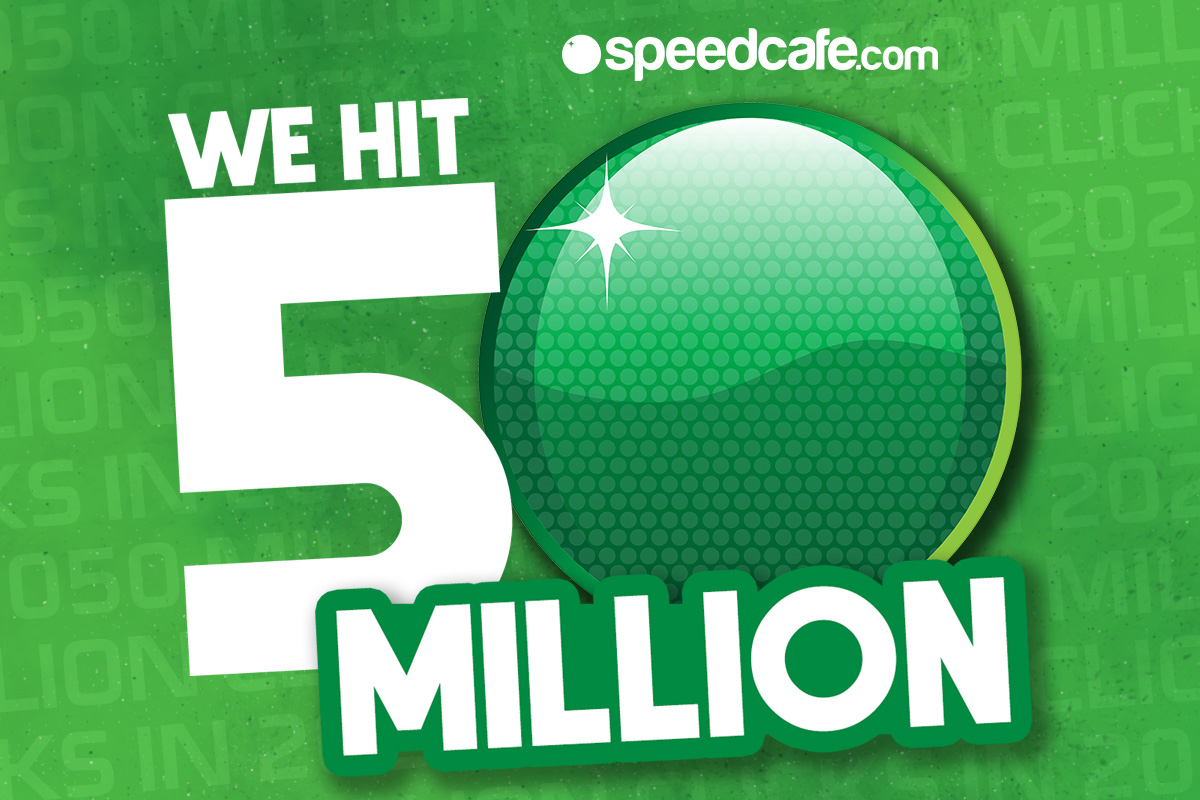 Speedcafe.com has cemented itself as one of the world’s leading independent sports news websites after notching 50 million pageviews for the 2020 calendar year this morning.

After a record-breaking 30 percent growth for the site’s 10th anniversary year in 2019, Speedcafe.com has continued to build its audience in some of the toughest conditions ever experienced by the industry.

Speedcafe.com founder and owner, Brett ‘Crusher’ Murray, says the milestone is testimony to his hard-working team, the loyalty of the site’s Platinum Partner group and the passion of the fans who have a thirst for fresh, fast and accurate news.

“We got there with a day to spare, but to hit 50 million page views in a calendar year is a significant milestone in the journey of Speedcafe.com,” said Murray.

“To have achieved it in the COVID-ridden year that we have experienced is extraordinary.

“We have had a dramatically reduced racing programme both nationally and internationally, and have really had to be creative and experiment with a lot of new content ideas to keep the audience engaged.

“Some of that has been successful and some of it has not been as popular, but at least we were out there every day having a crack thanks to the efforts of our editorial and digital teams.

“Our Platinum Partner group has stuck with us despite all the turmoil and this has allowed us to continually reinvest and keep the news coming first, fast and free for the fans and the industry and I think both groups have really appreciated it.

“I cannot think of another business linked to the motorsport industry that has not put people off or furloughed them for a period of time this year and that is something we are very proud of.”

Some of the significant investment in the last 12 months has included the development of Torquecafe.com, which is the site’s performance automotive arm headed by leading motoring journalist, Stephen Ottley.

The arrival of COVD-19 was crippling for many small- to medium-sized businesses in the automotive and motorsport industries and Networkcafe.com.au was developed as a free service to give them a voice and the chance to develop business-to-business opportunities.

In the last 12 months, Speedcafe.com has also worked with Platinum Partner Lloyds Auctions to conduct a dozen charity auction events in aid of Motor Racing Ministries.

The support of Lloyds has meant that 100 percent of almost $50,000 has gone directly to MRM while all winning bidders have also been supplied free shipping for their bought items.

Speedcafe.com General Manager Justin Murray says that the 50 million page view milestone would be celebrated by the team, but hinted there was plenty more to come.

“This is a special milestone for the team because of the well reported circumstances that 2020 has produced,” he remarked.

“It’s a result of the tireless efforts put in by the whole team who have had their own challenges this year, whether it be working remotely in isolation or away from family.

“While we have had less motorsport events in 2020, the workload has dramatically increased to maintain the news cycle while also developing new features and concepts for our audiences.

“Regularly the Speedcafe.com teams are first in and last out of the race tracks and that’s to ensure we deliver on our promise of providing the best motorsport breaking news and updates possible.

“We’re all looking forward to an even bigger 2021 with a few announcements just weeks away – and the launch of various digital projects that have been 12 months in the making.”

Speedcafe.com, which counts Daniel Herrero, Mat Coch, and Simon Chapman as its regular reporters, was recognised as Best Publication at the Supercars Media Awards earlier this month.