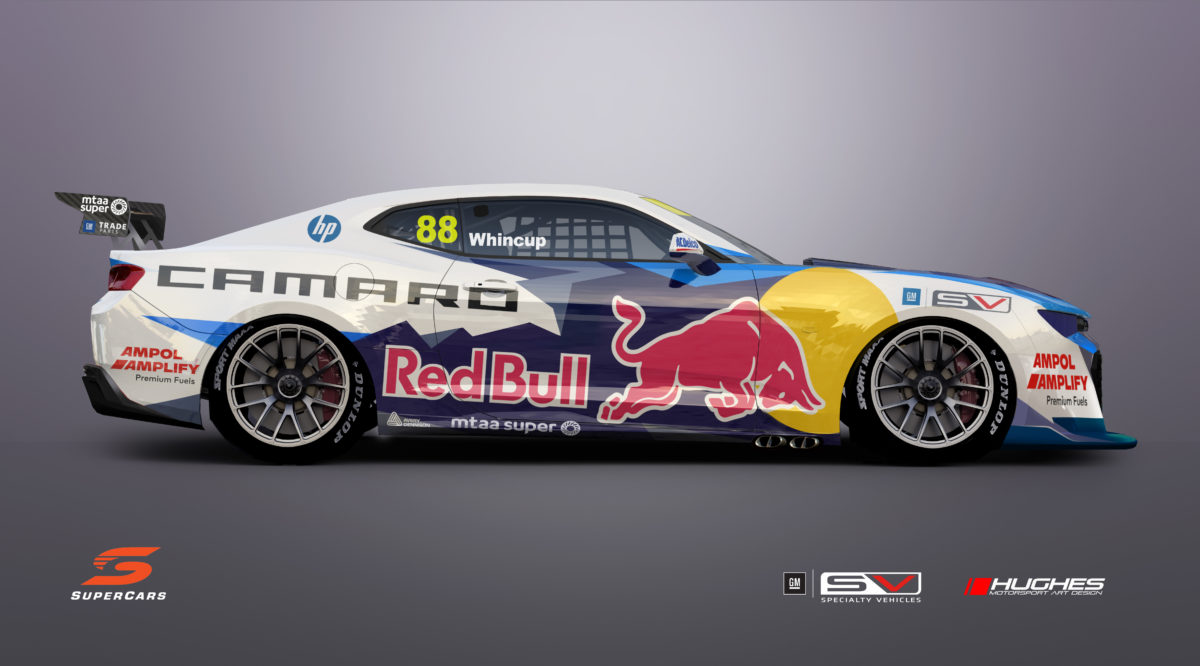 Roland Dane says that Triple Eight’s General Motors history dating back to its British Touring Car roots was a significant factor in talks over the Camaro Supercar.

While Triple Eight first entered the Supercars Championship with the acquisition of Ford team Briggs Motorsport, fielding Falcons until the end of 2009, it was also once the factory Vauxhall team in its homeland.

That effort extended to fielding factory-backed Vectras in the two Super Tourer editions of the Bathurst 1000, in 1997 and 1998, years before its debut in Australia’s V8 category at Sandown in 2003.

It was on that same weekend that Supercars unveiled plans for the Gen3 ruleset which will be introduced in 2022, including the announcement that the Chevrolet Camaro will return to Australian touring car racing.

As it was for the ZB Commodore, the last model to wear the famous nameplate, Triple Eight is the homologation team for the General Motors hero car and will field Camaros from 2022.

The intellectual property for the race car will, however, be held by Supercars.

Dane appears in tomorrow’s episode of the KTM Summer Grill to reflect on the retirement of Holden, which can be watched HERE.

When Triple Eight’s history with General Motors was raised, he touched on its importance in negotiations surrounding the Camaro.

“It dates back to the mid-nineties,” noted Dane, who established the original Triple Eight team with Derek Warwick and Ian Harrison in 1996.

“The relationship has actually stood us in good stead more recently with being able to go and talk to them directly at the highest level in the US about using the Camaro, which we migrate to in 2022.

“So, that relationship is 25 years old, but still on foot as it were, and hopefully for a while longer.”

General Motors’ decision to close Holden dropped a bombshell on the Supercars Championship just days out from the start of the 2020 campaign.

The announcement came a day before the pre-season BP Ultimate SuperTest at The Bend, itself two days before cars first hit the track at the Superloop Adelaide 500.

Recalling that time, Dane said, “It was definitely the focus of our attention for a week or so and it was pretty intense.

“The news came out on the Monday, Tuesday we were at Tailem Bend doing the pre-season test, and then straight into the Adelaide 500 that weekend, so it was full-on.

“It was the news story that was clearly relevant not only to motorsport but right across Australian society, and it was a shock to an awful lot of people, but particularly the dealers, the dealer employees, and the remaining people at Holden.

“So, the reality is, there’s life after Holden, and it’s got a great history, but life goes on.”

While philosophical about Holden, Dane was nevertheless emotional about that send-off that his team, and drivers Shane van Gisbergen and Garth Tander, were able to give the marque at Mount Panorama this year.

It was lured to the Holden side of the V8 divide during the 2009 season, when it fielded Falcons sporting ‘Hogster’ badges due to the loss of Ford support, and took a one-two on its Commodore debut at Abu Dhabi in 2010.

The British Triple Eight team saw its final season of competition in 2017, by which time it was no longer connected to the Australian operation, and was officially closed in 2018.

For more from Dane and Greg Murphy on Holden, CLICK HERE to watch Episode 11 of the KTM Summer Grill