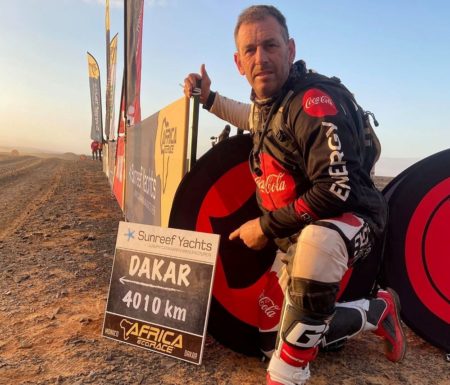 An event like the Dakar rally requires both physical and mental strength and stamina, and a huge dose of commitment.

A typical day may start at 5:30am in order to finalise preparations for the day, and some days start even earlier.

Then there’s maybe 10 or 11 hours of racing that is physically demanding on the body, rattling and shaking every bone and every organ. It starts to hurt but you have to keep going.

The mental challenge of navigating and picking the fastest and safest way through the terrain while staying on course drains you even more.

After all that, when you just want to rest, there’s another two hours reading and marking up the road book for the next day.

You might get to eat at about 10.30pm and then get to bed by midnight.

“When I look back at Hattah and the Finke, I think how punishing they are,” Houlihan told us in one of his reflective moments.

“But now after racing in Africa and some of the big desert races overseas for the last couple of years, pretty much what we do every day for 12 days straight is ride the Finke track. And throw in some 300m high sand dunes in between!”

Houlihan has climbed to the level of elite athlete in a tough and demanding sport – at an age when many have retired.

But it hasn’t been without sacrifice and a lot of hard work, and his Road to Dakar 2021 has been rough.

Much of his preparation this year has been hampered by the COVID-19 pandemic.

The situation around the world has meant that many events were cancelled and Houlihan hasn’t been able to travel to any of the events that did go ahead.

So, he hasn’t competed since the Africa ECO Race in January 2020.

He arrived home from that event just as COVID started, had some surgery to repair his ankle (yes, more surgery) and just as he was ready to start riding again Australia went into its first big lockdown.

But the lockdowns also gave Houlihan time to have the much-needed surgery on his shattered thumb.

As the lockdown restrictions eased in Australia, Houlihan was able to get out on the bike.

The border control between New South Wales and Victoria was just 20 metres from where his bikes are stored. If it had been a further 20 metres south, he wouldn’t have been able to do any riding at all.

On what Houlihan considers to be a normal week, he now tries to get in around 1500km of dirt riding with some road book navigation thrown in.

“Quite often I’ll knock up around 2000 km over a weekend in the desert,” he told Speedcafe.com.

Houlihan has also been doing some road book training with, Michael Burgess who will be one of four Australian riders competing in the Dakar next month.

But there’s more to preparing for this event than just spending time on the bike.

Houlihan has spent time doing mindset training with a coach who has worked with Olympic athletes to help mentally prepare him for the demands of the Dakar.

Diet and nutrition are equally important, and Houlihan has been working with internationally renowned and multi award-winning nutritionist Kaz Plum, who has helped prepare some of the top athletes in motorsport, including several Supercar drivers.

Houlihan was fortunate enough to secure a 2020 model KTM 450 Factory Rally Replica in Australia which he has been able to train on before shipping to the team’s headquarters in Switzerland.

COVID has also wreaked havoc with Andrew’s travel plans to get to Saudi Arabia.

Event organiser, ASO, was determined to make the event go ahead but international travel restrictions have meant that entry numbers are reduced.

For Houlihan to leave Australia and travel to Saudi Arabia, he needed a special travel exemption from the Australian government. With reduced international flights and varying quarantine regulations around the world, even booking his flights turned into a major logistical project.

And then, one week before Houlihan was due to fly out of Australia to Saudi Arabia, the Saudi government blocked all inbound international flights.

Houlihan’s scheduled flights were cancelled by the airline and after all the preparation he had done he was now uncertain on whether he could even make it to the event.

Fortunately, the Saudi government made an exemption for Dakar competitors and ASO scheduled charter flights out of various locations around the world to get them in.

Houlihan’s trip is back on and he flew out of Melbourne on Christmas night.

If his Road to Dakar 2021 campaign has shown us one thing about Andrew Houlihan, it is that he is determined. He set a massive goal some two years ago to compete in the Dakar Rally and he’s on the verge of achieving it.

That determination, that drive, that vision has attracted the following and support of many others along the way and Houlihan realises that he could not be doing this without that support.

“I’m very grateful to Coca Cola Racing, Nomadas Adventure and all my other sponsors for their ongoing support, and of course the unfailing support of my wife Katie and our children,” he said.

Andrew’s goal for Dakar 2021 is very clear – to make the finish line, because he sees his debut event as just the first of many. 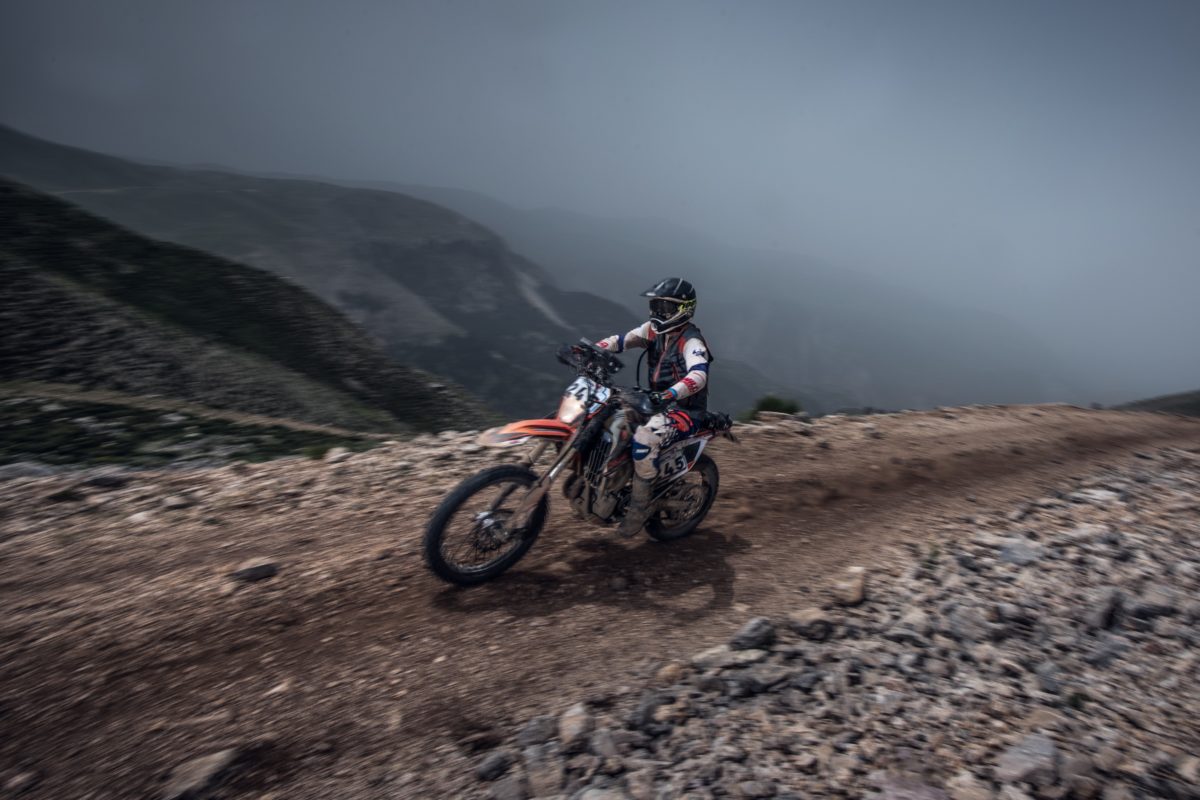 Houlihan at the 2018 Hellas Rally