Petrucci ‘happy’ to be sacked in pre-season

Petrucci ‘happy’ to be sacked in pre-season 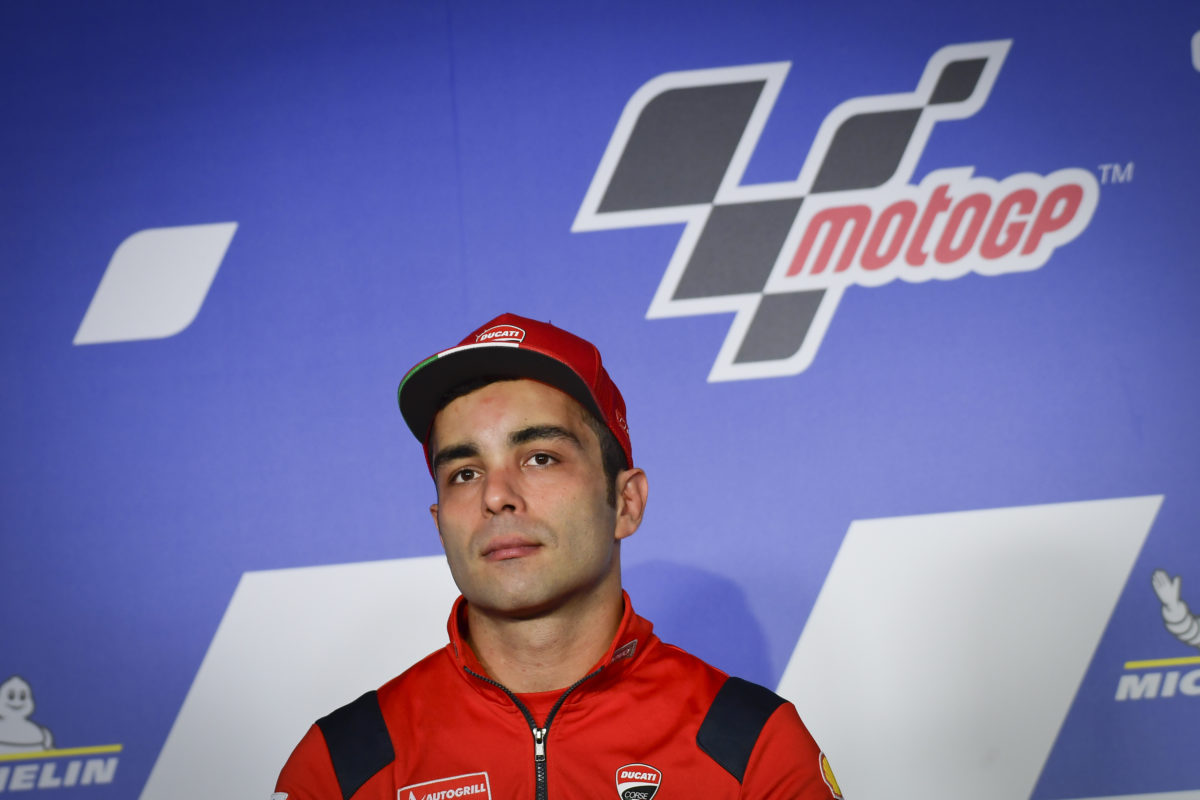 Danilo Petrucci is “happy” to have effectively been sacked by Ducati before the first MotoGP race of 2020 as it gave him the chance to join KTM.

The Italian’s exit from the Ducati Team was all but sealed when former Pramac team-mate Jack Miller received the call-up to the factory squad for 2021.

With Andrea Dovizioso still in the frame to continue beyond 2020 with the Bologna marque at that point in time, Petrucci and his manager entered into talks with KTM.

The then one-time grand prix winner was announced as the Austrian marque’s new rider barely more than a week after their visit to its Mattighofen headquarters, although with Tech3 rather than the factory team.

The Dovizioso-Ducati stalemate, on the other hand, continued until the three-time premier class runner-up’s manager announced the impending departure on Italian television during the Austrian Grand Prix weekend.

“It has been a very strange situation,” said Petrucci regarding the loss his seat before the final season of his contract had begun.

“But all the things happening in the world this year have been very strange.

“For sure the day that Gigi [Dall’Igna, Ducati Corse General Manager] called me and said that I was not anymore in the factory team was a very sad day, because I felt like I had failed my mission.

“But looking back, I have to say thanks to him, because his move permits me to stay in another factory that is really, really competitive.

“Everybody at the beginning of the season didn’t think KTM was so fast, but now the results are the best possible.

“So, I’m happy that Gigi fired me at the beginning of the season.”

KTM would take its first three MotoGP wins in 2020, one for Brad Binder on a works team entry and two for then Tech3 rider Miguel Oliveira.

That success meant that it lost concessions, and Petrucci will therefore have to wait until official testing in February to ride an RC16.

“Unfortunately, they lost the concessions, the free testing, so I have to try the bike in February next year,” he noted during the season finale.

“But I will go in the wind tunnel next week and will be very, very important because for example the top speed this year for me has been a problem.

“So, working on that side is important. I think I will [also] do motocross so much without covering the brand of the bike.”

Lecuona’s seat had at one point been offered to Remy Gardner, according to father Wayne, but the Australian chose to remain in Moto2.

Gardner will, however be part of the KTM fold next year when he rides for Ajo Racing.