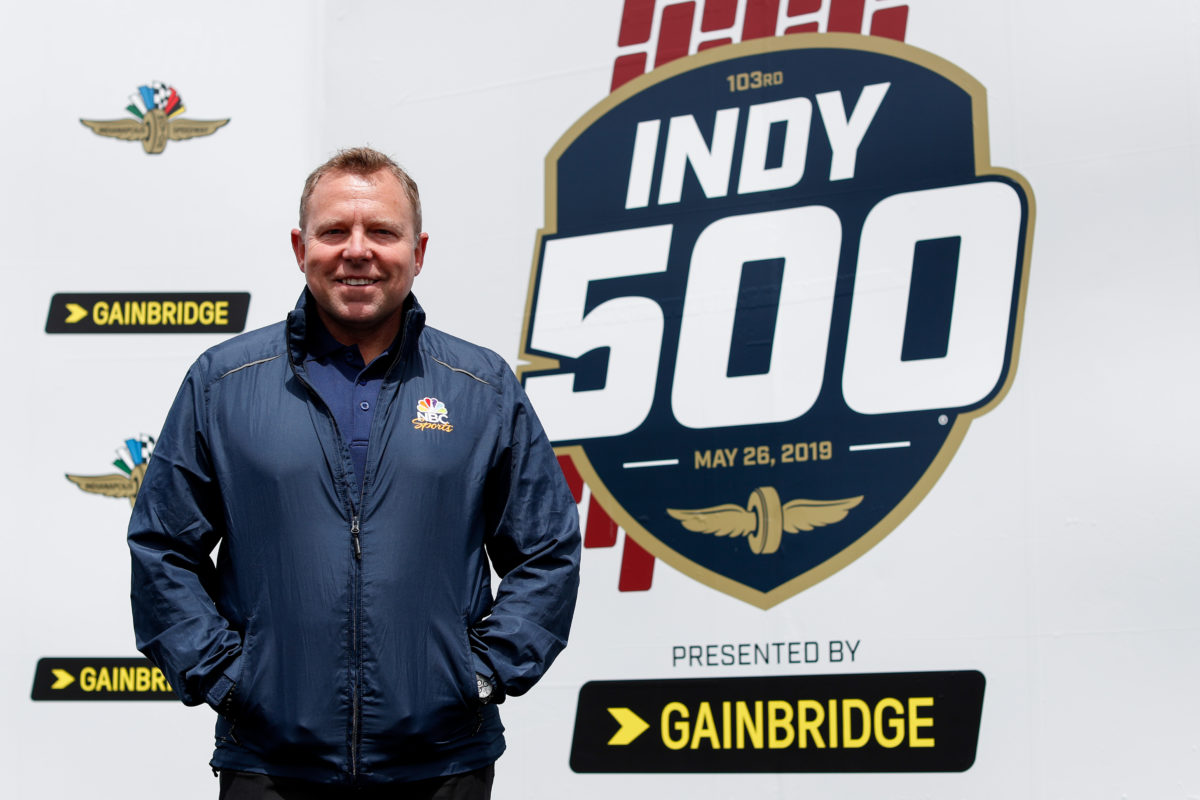 Leigh Diffey has ruled out the prospect of returning to Australia to call Supercars despite suggestions he was wanted for that role from 2021.

Diffey last worked in his home nation on a regular basis in 2006, the second of two years back commentating what was the V8 Supercars Championship for Network 10.

The Brisbane native now holds a plum position with the United States’ largest television network, NBC, where he is not only its first-choice play-by-play caller for motorsport, but also commentates other sports such as athletics and rugby union.

Diffey was reportedly the subject of interest from Supercars as part of a shake-up of its telecasts next year, when a new rights agreement with Fox Sports and the Seven Network takes effect.

In an extensive interview with former colleague Greg Rust for the latest episode of the Rusty’s Garage podcast, which is out now on PodcastOne Australia, the 49-year-old put the matter to rest.

Asked if there had been an approach from Supercars, he said, “No. No, no, no.

“I’m not sure where that came from but nobody… I mean, I’m under contract here for several more years at NBC and my life and my family are here.

“As much as the notion of coming back to some warm Queensland beaches or something like that sounds pretty good right now as we’re gearing up for… I think there’s 15 inches of snow predicted here tonight in my home town here in Connecticut.

“So, thinking of Noosa on Queensland’s Sunshine Coast, while that sounds pretty good, no, it’s not even an option.”

In a career which includes three Olympic Games (one summer, two winter) for NBC thus far, and commentary on track and field in Tokyo should the event go ahead in 2021, the Indianapolis 500 is a clear highlight.

Diffey last year became the first ever foreigner to call play-by-play in IndyCar’s flagship race, 108 years after its inaugural running, due to NBC acquiring full broadcast rights to the series.

“That was a great day,” he recalled.

“This year was bizarre with no fans, but 2019 was really special, made even more just beautiful and memorable because my mum came over from Australia, from Brisbane; my wife and two sons were there; I had some really good friends from Connecticut; Phil Christensen [supercross identity who gave Diffey an early career break] came over with some friends, so I had some really key people in the timeline of my life there to share that with me.

“I was a very proud Australian that day,” added Diffey.

“I’m a proud, naturalised American citizen, but of course, I carry my Aussie heritage with me very, very close to my heart.

“Australians have an interesting history at Indianapolis, and so to be the first Aussie and non-American to be the play-by-play is a huge honour.”