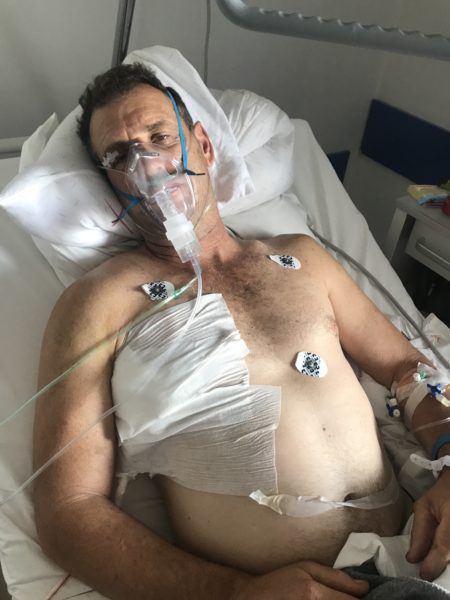 It was only a short distance into the special stage on Day 7 of the 2018 Hellas Rally in Greece that things went very wrong for Australian desert racer Andrew Houlihan.

An Israeli rider, Barak Dudai, had become lost and was doubling back along the race route.

“Barak was doing all the right things. He doubled back doing 10 or 20 km/h, sticking to the right side of the track”, Houlihan told Speedcafe.com.

“I’ve come flying around a corner, a blind corner, as fast as I could possibly go and had a head-on crash with him.

“So, although he was going the wrong way, he was doing everything right. It was just me trying to achieve the unachievable on the final day.

“I think the other thing is that I was looking at the 290 riders who were there and thinking, ‘Geez, I’ve never done this before, but I’m at the pointy end.’

“My confidence was high, my ego got the better of me, and it all came unstuck.”

Barak was taken to a local hospital with a punctured lung, fractured ribs, and a shoulder that was torn out of its joint. They were able to get him on a low altitude flight to Italy for surgery.

Houlihan was not so lucky.

He had broken nearly everything in his upper body and was taken to Pyrgos Hospital for initial assessment and treatment.

Houlihan remembers that the doctors needed to put a drain tube in his chest.

“I remember doctors and nurses standing around me and I saw one of the doctors holding a scalpel,” says Houlihan.

“Then three of them pinned me down while he cut into my chest without any anaesthetic to insert the tube.”

After a couple of days, Houlihan was transferred to Patras University Hospital where there were better medical facilities.

He was put in the back of a 4WD, not even on a stretcher, for the torturous 90-minute trip.

Houlihan spent the next month in a room with five or six other people and with his wife Katie sleeping at the end of his bed.

The conditions in Patras University Hospital were atrocious, but Houlihans were told it was one of the best in Greece.

It was very old and run down, there were many student staff who could not speak English, and hygiene, beds and mattresses were minimal.

At the time Houlihan described one incident:

“Our hospital room is now completely full with patients and their families. In total there are now 14 people in a room designed for six patients.

“All of the other patients are elderly, except one 15-year-old boy who arrived late this afternoon in a bad way. Katie was talking to the mother and the young boy was shot today in the stomach by the Albanian mafia (this is not a joke).”

With help from his insurance company, Houlihan was assigned a personal carer and nurse to assist him in hospital and on the arrival of the personal carer, he and Katie noticed that the quality of their meals also improved!

After about a month Houlihan was finally in a condition where he could be moved back to Australia.

A doctor was flown over from Victoria and spent three days getting Houlihan ready to be medically evacuated to St Vincent’s Hospital in Melbourne.

“They drugged me up with that much with morphine I was almost in a coma the whole way home on the plane,” Houlihan recalled.

“It was quite good for Katie because they flew us back first class to Australia, but no, I don’t really remember it!”

Houlihan was taken straight to St Vincent’s Private where he was under treatment for several weeks and went through multiple surgeries.

He was then transported to Albury Hospital where he underwent rehabilitation for a further two weeks before finally being released and allowed to head home for the first time in several months.

Even after he arrived home it was another four weeks before he ventured outside.

As the major injuries were improving, more minor ones began to show up. Amongst other things, the medical teams found that he’d damaged his shoulder which required further surgery.

To date he has now gone through 16 surgeries, nine since the crash at Hellas, on his chest, knees, ankle, shoulder and thumb.

“The latest surgery was to repair my thumb that I’d smashed and ripped out of the joint. I didn’t realise that until I raced in Spain in 2019,” he said.

The thumb injury interfered with his riding in the Africa ECO Race in January 2020, forcing him to slow his pace in the final days just so he could finish the event.

The surgery on his thumb involved fusing the joint and inserting seven pins, adding to an already impressive collection of titanium in his body!

“There’s now not much in my body that is not titanium,” he jokes.

“Travelling through airports is always a problem for me.”

Houlihan says the thumb surgery was the last of his big Hellas injuries and that, two years down track, the crash from Hellas is now fully done.

And what about Barak?

“He contacted me when I got back to Australia via Facebook and sent me some pictures of himself. But he’s back, he’s back racing again. So he’s had a full recovery as well,” said Houlihan.

“Yeah, not good. Because we’d hired the bike from Hernan, we paid quite a bit of money,” says Houlihan.

It was January 2019 before he would ride again, eight months after the Hellas incident.

After such horrific injuries and long recovery, you would have understood if Houlihan had decided to turn his back on racing and on motorcycles in general.

He said it was hard to get back on a bike because the rehabilitation took so long.

But while he was recovering and had no chance of riding a motorbike, he went and bought a new bike and it sat in his shed as his motivation.

There was unfinished business – Dakar was calling!

TOMORROW: Recovering and getting back on the bike 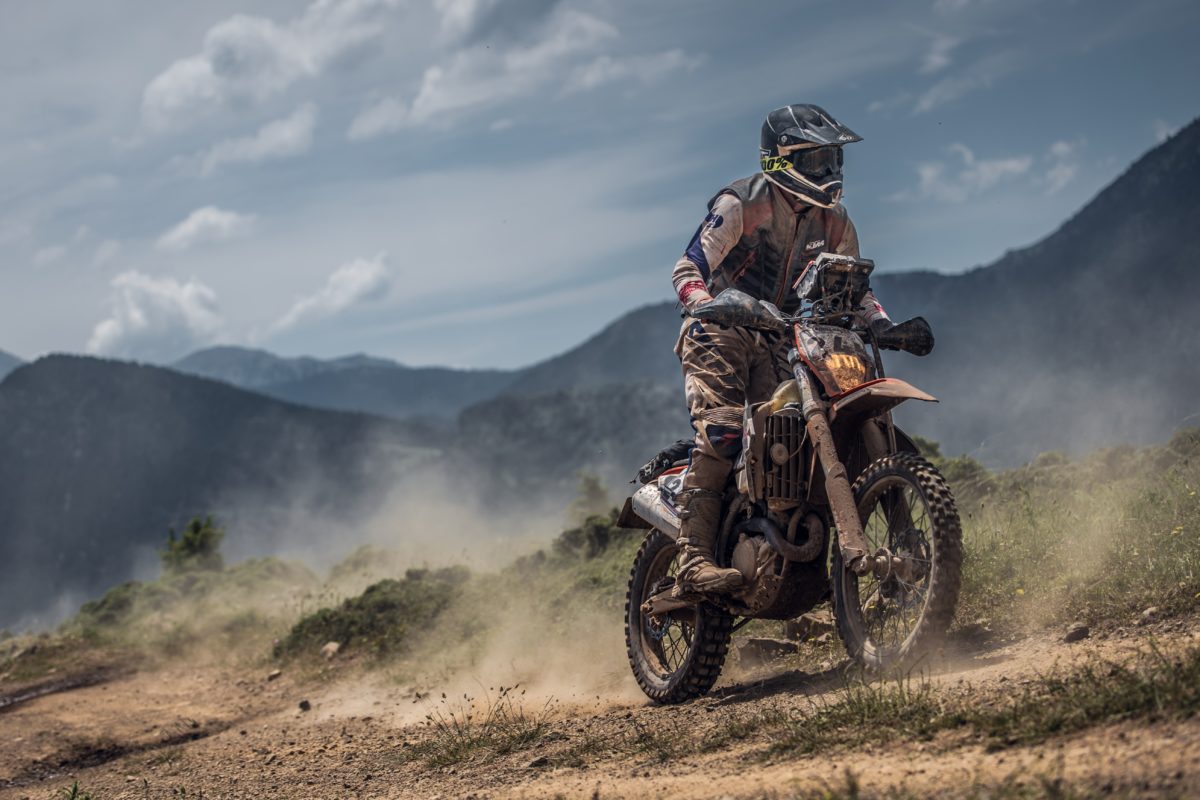 Houlihan at Hellas before his crash