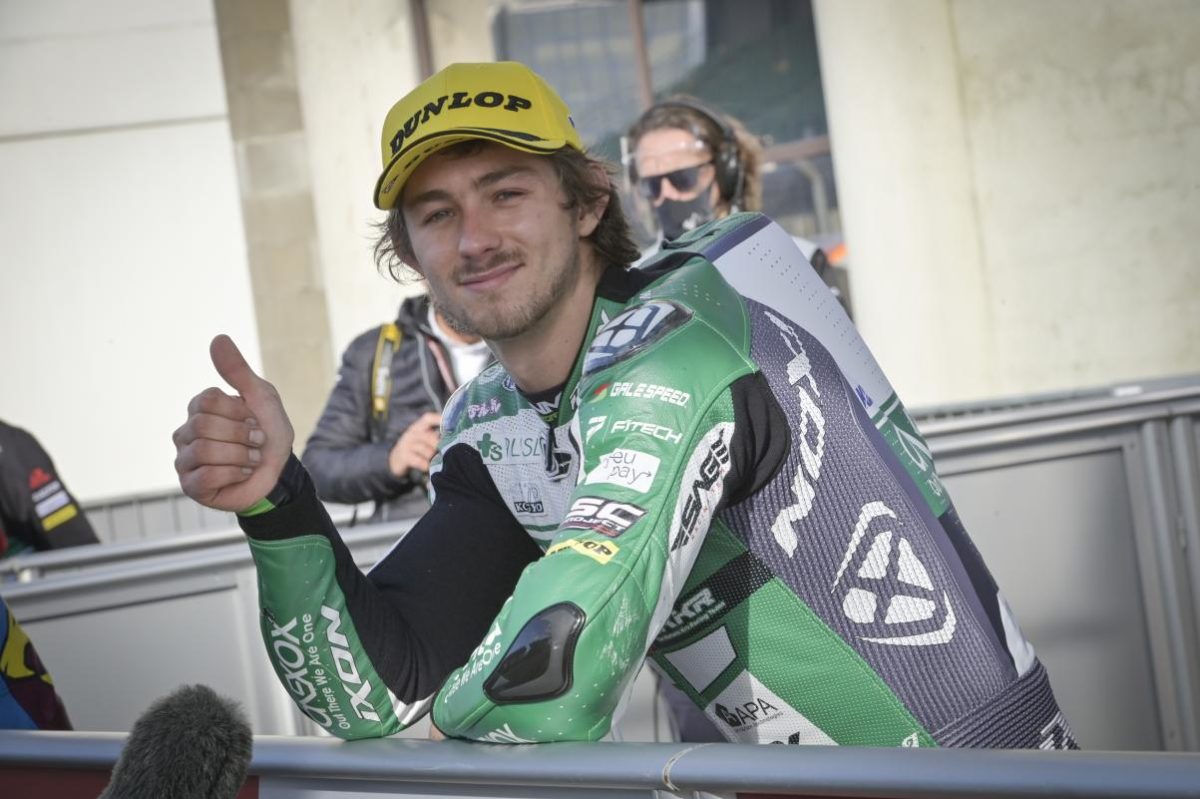 The 22-year-old Gardner had already signed a contract to ride for Red Bull KTM Ajo in the intermediate class in 2021 when he capped off his time at Stop and Go Racing Team (SAG) with victory at Portimao.

The second-generation rider did so on a 2019 Kalex, in a class in which his size and weight is a significant handicap.

According to his 500cc world championship-winning father, however, the difficulties which he has faced so far in his career are greater than they appear from the outside.

Speaking in Episode 7 of the KTM Summer Grill, Wayne Gardner explained that there is suddenly great interest in Remy.

“We got him into the Stop and Go team last year, and there were a lot of promises made there, and they were never brought to fruition,” said the 18-time premier class grand prix winner.

“So, we’ve had two years like that, and it’s been just dramas that the public can’t see, and all they see is him riding around the track.

“However, the teams are understanding this now and Remy obviously came out and won the last race, which he shouldn’t have done on that bike, but he did.

“Of course, now, everyone wants him, everyone’s raving about him. All the sharks are starting to circle around, all the managers, and you’ve got to have 25 [people in the] entourage with you, and it’s all starting.

Remy Gardner has, however, now moved into a system where his skill was already appreciated.

It was August last year when he was offered the opportunity to ride for KTM in MotoGP due to the impending exit of Johann Zarco, but chose to stay in Moto2 to gain more experience.

Whether he would have gone straight onto Zarco’s seat at Red Bull KTM Factory Racing or to its satellite outfit, Tech3, was not known outside of KTM at the time.

His father has now revealed that Tech3 boss Herve Poncharal wanted Gardner back after seeing first-hand what he could do on a much older bike in Moto2.

“Remy could have been in MotoGP already,” stated Wayne.

“He had an offer to ride in the KTM, which was the Iker [Lecuona] ride.

“Remy was supposed to take that seat, and Herve wanted Remy because he knows of his talent from when he was riding in Moto2 with him, when Herve’s bikes were 2014 bikes and Remy was racing in the 2018 championship.

“That was always a battle and nobody knows that kind of stuff. [The] equipment’s never been the best underneath him, or the personnel.

“However, the results weren’t there and Remy thought he wasn’t quite ready for it, he didn’t know, and it was a gamble.

“He wouldn’t want to go to MotoGP and then not perform, and then go backwards out the door.

“You get one chance to go into MotoGP, and if you perform, you’re there for a long time, but if you don’t, if you don’t get the results, you won’t get back in; you’ll have to go back to Moto2, or even Moto3 maybe.

“It’s not an easy journey and it’s a choice of timing, and picking the right team.”

Gardner will be team-mate to Spaniard Raul Fernandez at Red Bull KTM Ajo next year.

CLICK HERE to watch Episode 7 of the KTM Summer Grill, which includes more from Wayne Gardner on Remy Gardner and Jack Miller