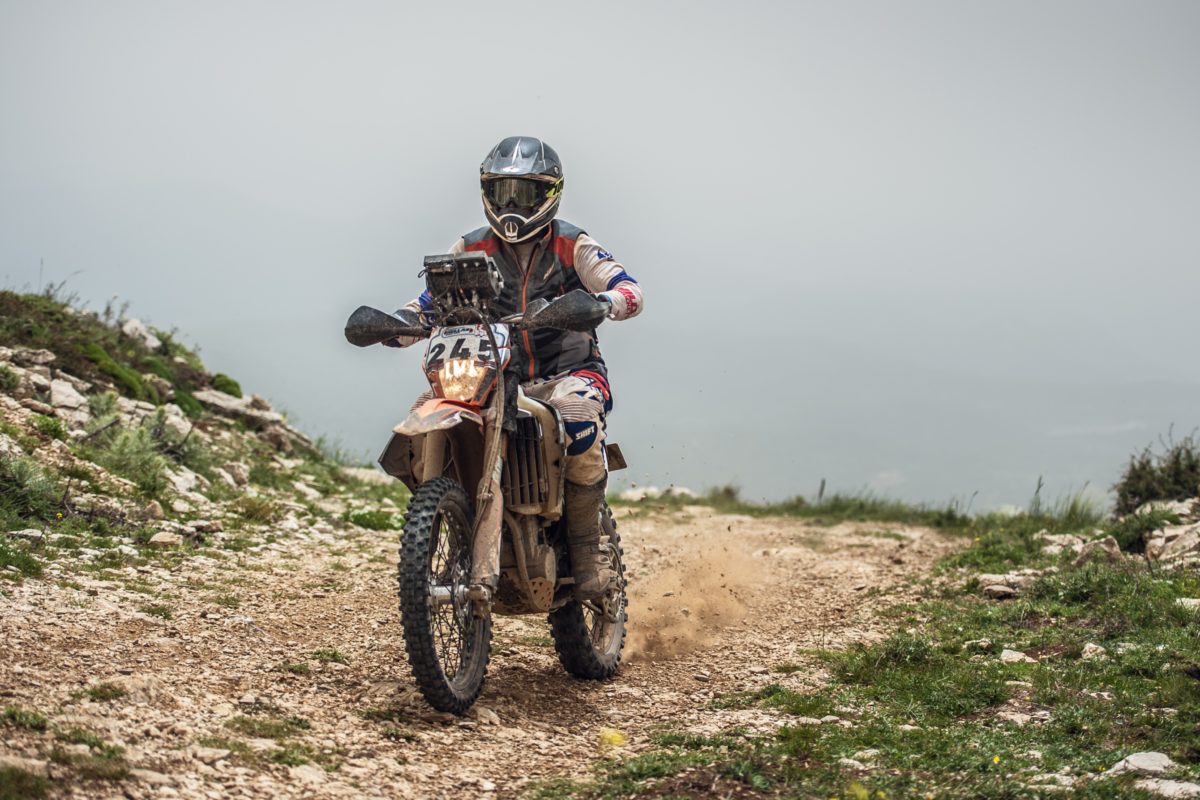 Speedcafe.com is a proud sponsor of Houlihan in this year’s Dakar and we will feature his incredible story in a feature series over the next five days.

“It was the final day of the 2018 Hellas Rally in Greece. I got lost the day before so I was probably starting about 40th. I said to my teammate Pablo, ‘I’m going to have a real crack today,’ so I took off at warp speed. I came around a blind bend…

“I very rarely crash, but when I crash, it’s bad. It’s really bad. And I’ll need a helicopter!”

The 2018 Hellas Rally was the first foray into international rallies for Albury-based rider Andrew Houlihan.

After much success in the Australian motocross scene, Andrew had decided to give desert rally racing a try because he thought it might be easier on his already punished body.

“I’d had bikes as a kid up until I was about 15, nothing serious though, and then I lost interest and played a bit of football, basketball and cricket,” Houlihan told Speedcafe.com.

“It wasn’t until I was about 32 and recently married that my wife Katie saw a Yamaha DT200 for sale and said she’d like to learn to ride. So, we bought the DT200 and a Suzuki DR200 and that was it!

“I got the bug back and it’s consumed my life since I was about 35.”

He did the Victorian enduro series, the Victorian State Titles, and travelled a little bit later on to compete in the MX Nationals in the Veterans class.

His first title win came in 2003, and in 2006 he won the Victorian State Motocross Championship.

But by 2016, and at the age of 47, his body was starting to feel the effects of the punishing sport he’d chosen.

“I’d had a lot of little accidents. I’d broken my back and had spinal surgery. I’d also had a broken neck and my body was getting bashed around,” he admitted.

With the competitive instinct still raging, Houlihan looked to other forms of competition.

“I did some desert racing. I did the Hattah Desert Race a few times and then the Finke Desert Race in 2016.”

Houlihan competed in Finke with an injured left knee and about six weeks after the event needed a total knee replacement.

“That’s when I started to think rally racing may be easier on my body and not smash my knee,” he says with a grin.

A trip to Mongolia set the Road to Dakar.

Houlihan took a year off but did a trip to Mongolia with some mates, one of whom was practicing to compete in the Dakar Rally. The trip got him hooked on adventure riding.

And then came the dream to compete in the Dakar Rally.

“I’d always followed the Dakar, but other than watching it on television, I really didn’t have any idea what I was getting myself into,” he admits.

“In hindsight, I would’ve been far better off sticking with motocross and enduros!”

With his passion to continue competing and thinking it might be easier on his body, Andrew decided to “have a crack at the international rallies” and set out on his personal ‘Road to Dakar’. 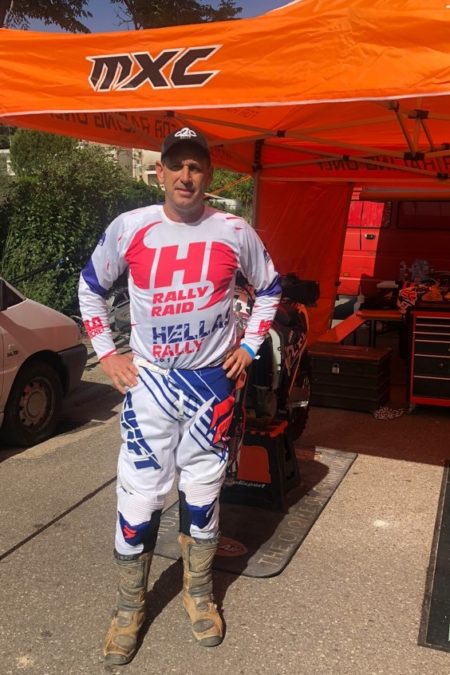 For his first international rally he decided on the Hellas Rally in Greece in May 2018.

Hellas is the biggest rally in Europe, a round of the FIM European Rally series and attracts over 300 riders from all over the world, even some of the Dakar competitors.

It seemed a logical first step, but a bigger one than Houlihan anticipated.

With the support of his wife, he researched and found where he could hire race bikes and the much-needed support to compete in an event of this kind.

He settled on Nomadas Adventure, who he still races with today, but Andrew had no experience in this type of event whatsoever.

So, six weeks before Hellas, he decided to compete in the Condo 750 in NSW to get a quick introduction into rally racing.

It was a bit different to what he thought and he got lost quite badly while trying to work out the road book, but really enjoyed it.

And while the experience was helpful, the Condo 750 doesn’t use the FIM rally configuration that is used in the Hellas Rally.

So, he was on a very steep learning curve when he lined up on the start line in Greece.

“I still had no idea what I was doing by the time we were racing,” he admits.

He received plenty of support from the guys in the Nomadas Adventure team, his new and now long-term teammate Pablo Guillen and even the other riders there, and knew he’d made the right decision.

For six days he battled with the terrain, struggled with the navigation and was lost many times, but the rookie was always in the top 50 of around 290 riders, some days coming in the top 15 and he was really having a good time.

Houlihan was the only Australian rider in the event, but was forming relationships with other riders despite there being the occasional language barrier.

He struck up a solid friendship with Italian rider Lorenzo Cirri, who he stopped to assist after Lorenzo snapped a chain in the special stage on Day 3 and the pair rode together for the next few days.

By Day 6, Andrew was going quite well, but an error cost him dearly.

“On Day 6, I had a really good day. I passed Lorenzo and I was in the top 15 or something. And then I got lost with maybe 10 kilometres to go to the end of the special stage. And I was lost for 45 minutes. Anyway, I’ve come in and I was furious with myself,” recalls Houlihan.

“So, on Day 7, the last day, when you’re going to achieve nothing – it’s a short day – we got to the start of the special stage and I said to my team-mate, Pablo, ‘I’m going to have a real crack today,’ fully knowing that I was probably going to finish in about 40th position.

“So I’ve taken off at warp speed and I woke up two days later in a Greek hospital.”

TOMORROW: Read about how it all went wrong at the Hellas Rally in Greece