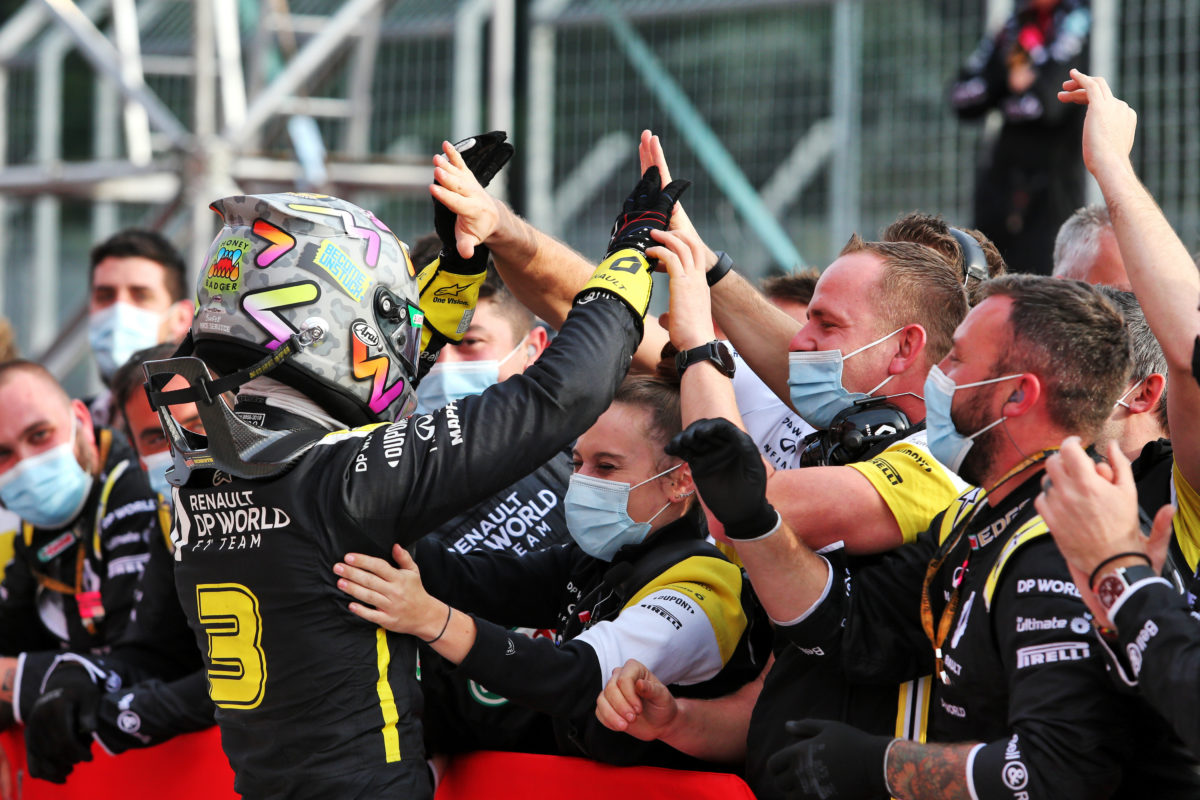 Ricciardo scored fifth in this year’s drivers’ championship, seven spots ahead of team-mate Esteban Ocon and just six points behind Racing Point’s Sergio Perez, in a season in which he picked up two third placings.

Those were Renault’s first two podiums since it returned to F1 as a full-fledged constructor in 2016, with Team Principal Cyril Abiteboul declaring that it owed its progress this year to its Australian steerer.

Ricciardo had, however, already signed a deal to switch to McLaren between the end of his first season at Renault and the coronavirus-delayed start of his second.

Speaking in tomorrow’s episode of the KTM Summer Grill, which can be watched on Speedcafe.com, Webber asserted that his compatriot’s stock remains high after his two years in yellow and black.

CLICK HERE to watch Episode 5 of the KTM Summer Grill

“I think he drove awesome this year,” said the nine-time grand prix winner of Ricciardo.

“I’ve actually personally spent more time with Daniel than ever this year and it’s been quite good to see [how] he’s enjoyed this year.

“[It is] not [because of] less pressure, but just because he really felt valued at the team and he’s going to feel that again, I think, at McLaren next year. That’s sort of the step away from where he was at Red Bull.

“I think he did what he advertised he was going to do at Renault and that’s what he is.

“He’s an infectious character, he lifted Enstone, they really did a good job, he carried the team effectively this year, made very little errors, and he’ll take that to McLaren.

“So, I think Daniel’s stock is still tremendous – we know that – and he’s good for the sport.

“We need him more towards the front. He’s a guy that needs to be on the podiums; he celebrates success, he celebrates what our sport, in essence, should be about, [which] is the characters, so let’s see.”

Ricciardo is on his way to another operation which demonstrated improvement in 2020, namely McLaren.

Webber sees positive signs at the Woking-based squad, which recently sold a minority stake in its F1 team to a United States-based consortium.

“A good injection of cash there just with some new people injecting some new money into the company there,” he observed.

“And, the P3 in the championship I think is another six million or eight million quid for them, so all that stuff helps for them to give them the confidence to give him a good car next year.”

Ricciardo joins Lando Norris at McLaren next year, while Fernando Alonso takes over his old seat alongside Ocon at Renault.

Webber joined Greg Rust and Greg Murphy for a look back at the 2020 F1 season on the KTM Summer Grill, giving his thoughts on Lewis Hamilton’s record-equalling seventh crown, Sebastian Vettel’s frustrating run with Ferrari, and more.

CLICK HERE to watch Episode 5 of the KTM Summer Grill